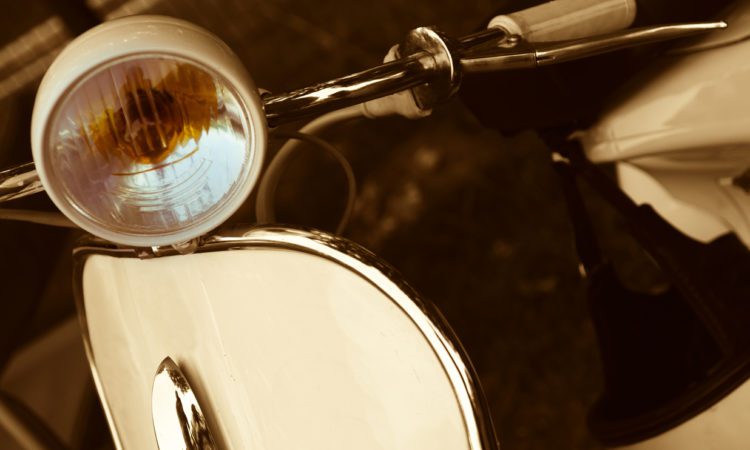 There were so many things that could go wrong with a Lambretta that every eventuality had to be planned for.

The list of things that could go wrong with a Lambretta was almost endless, probably bigger than the Encyclopedia Britannica. However it was all part of owning a Lambretta and we just got on with whatever reliability issue was thrown our way. The steep learning curve of working how to get around each problem was part of the apprenticeship of owning one. Those who weren’t mechanically minded would give up and take the trip over to the easy world of the Vespa. The PX was all the rage because the rider only had to look at it and the thing would start. Reliability was almost guaranteed, but in the eyes of our Lambretta-focused gang, trouble-free scootering was a boring and sterile experience.

Part of the fun of owning a Lambretta was learning how to fix it, with new and exciting breakdowns occurring on a weekly basis. This was fine when riding locally and a mate’s house was usually only a sweaty push away – but when it came to a rally, that was a different kettle of fish. The amount of planning involved in a long distance trip was of epic proportions. Working out which spares to carry and deciding what tools were needed to do the job was an exercise in logistics that was only replicated by Formula 1 teams but with one big difference. They had trucks to carry their gear, we had to fit all ours in the tiny toolbox Innocenti had kindly designed for us. One of the biggest problems was a combination of poor starting and dim lights. They went hand in hand and with a lack of knowledge on the subject, it was always blamed on the points and condenser.

It was all right for those Vespa owners with their fancy electronic ignition, instant starting, and football floodlight brightness glowing from the headset. Lambretta owners were used to abusing the kick-start for several minutes and when the engine was running, revving it up to a million rpm to get some life out of the light bulb. Even then it represented one of those old Ever-Ready torches with a battery that was on its last legs. It was always the same scenario, messing about with the points gap and staring at the condenser trying to work out if it had failed. The reality was that the problem lay in the flywheel and a lack of magnetism.

Most of our scooters had seen better days and their flywheels, having been spinning around for 20-odd years or more, were pretty tired. There was a solution by way of the futuristic-sounding Fluxmaster and magnetiser. The problem was they were rarer than an Enigma decoding machine so obtaining the services of one wasn’t as easy as it sounded. Thankfully there was an old Lambretta dealer nearby still clinging on to business and rumour had it he was in possession of one of these rare machines. Flywheel whipped off, it was placed on his counter waiting to be zapped full of power as the rally to Llandudno was on at the weekend.

Expecting it to be on charge overnight it was strange to see the flywheel plonked on the machine, a button pressed and being asked for a tenner. It was all over in an instant. The flywheel didn’t look any different and in the flick of a switch it was supposedly back up to full power; a ‘money for old rope’ feeling descended upon the proceedings.

The real acid test would be trying to start the damn thing; and do you know, with the flywheel bolted back on, the engine started with the first prod of the kick-starter. It was so good you couldn’t help turning the ignition off and starting it over and over again. The transformation was almost hypnotic. Forget buying a Vespa PX, the Lambretta was the number one reliability wagon in town now.

In the midst of all these joyous celebrations any thoughts of checking the lights was forgotten. Anyway they were bound to be better than before, the wise old man at the scooter shop said so. Friday night came around and our trip into Wales was where the new powerful lights would make their debut. It was also where things would start to unravel. As we set off in the glow of a summer’s evening all was good with the engine purring along nicely. As the day turned into night the magic moment of turning the lights on drew closer and with it a sense of anticipation. It was almost like being invited to flick the switch at the illuminations at Blackpool. The comparison proved to be a good one, because when the time came they were so bright they illuminated the whole surrounding area. Goodness only knows what the magnetiser had done but the brightness of the lights was on an unprecedented scale.

The speedometer began to glow like the inside of the sun, while at the front, the headlight cast a beam any lighthouse would have been proud of.

The problem was the thin wire electrode of the bulb couldn’t take the millions of volts now being shoved through it. Within seconds it popped. This was quickly followed by the rear light and all of a sudden we were plunged into darkness. Thankfully there was a garage nearby where we bought their complete stock of bulbs. These were 12 volt instead of the meagre six a Lambretta normally used but even they were blowing at a fast rate. It became a war of attrition, stopping every few miles to change them a process not helped by the fact that the A5 was somewhat lacking in road lamps. As the last supply of bulbs was fitted our only option was to drive at low revs. This would at least stop the nuclear reactor flywheel from surging too much power into the ancient Lambretta wiring system. It was a case of limping to the final destination where we found the camp site being illuminated by some PX riders. Oh, the indignity of it all…..