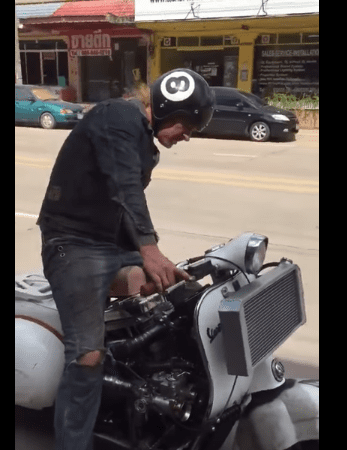 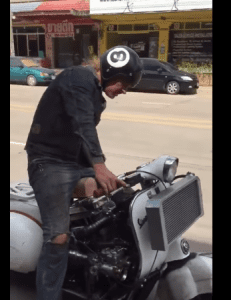 It’s a bit of a weird one, this, but we were put onto it by our office-bros at Back Street Heroes – and it made us smile.

It’s been doing the private video rounds for a while and it’s definitely worth a watch.

The owner’s taken a massive motor from a Harley-Davidson (because… no, we’ve got no idea either) and stuck it on a Vespa. We say that he stuck it ‘on’ rather than ‘in’ due to the fact that the motor’s bloody massive.

Anyway, here’s the video proof that it works, at least. And he seems happy with it.