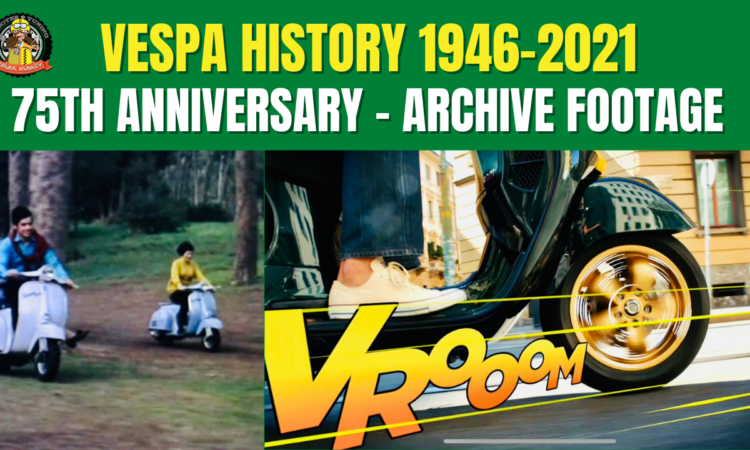 In 75 years of history (Piaggio registered its patent on 23 April 1946) and 19 million vehicles on the road in five continents, Vespa has given the entire world a new gear, spreading as it has across the world’s roads, uniting youngsters from very differing and distant cultures in a unique passion. The first truly global mobility brand, Vespa has become a common thread between generations, used by all different groups in society, creating various cultural phenomena particular to the different settings in which it has found itself, to the point of becoming a protagonist and a distinctive trait. It has steered habits, music and youth, and has accompanied countries and continents as they have grown, racing alongside them in times of economic boom. Now, as it celebrates this wonderful milestone, Vespa is experiencing one of the happiest moments of its long life.

Today, Vespa is a more global brand than ever before, a real citizen of the world, produced at three production sites: Pontedera, the plant where Vespas have been built uninterruptedly since 1946 with production destined for Europe and Western markets, the Americas included; Vinh Phuc, in Vietnam, which serves the local market and the Far East; and India, at the ultra-modern Baramati factory, opened in April 2012 to manufacture Vespas for the Indian market.

VESPA TODAY: Vespa, in the various eras it has seen, has always represented the cutting-edge of technology. Characterised by an extremely advanced bearing body concept, built entirely out of steel, Vespa marked the evolution of individual mobility. Today, the latest Vespa vehicles, equipped with engines and technical solutions to support modern riding, represent the style synthesis of an evolution that has made Vespa design immortal, ensuring it is an icon of Italian elegance the world over. All footage courtesy of Piaggio