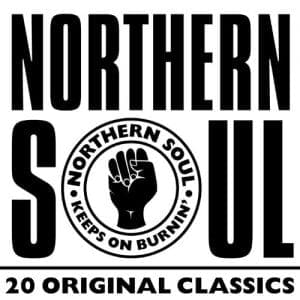 “This collection provides the listener with an overview of black American soul music which swept across England in the late 1960s,” so reads the press release. Indeed the 20 tracks here do offer an insight into the Northern Soul scene with some choice cuts that may not appeal to fans of ultra rare tunes, but on the other hand will appeal to those after a good selection danceable tracks to enjoy.

Starting with Frank Wilson’s infamous Do I Love You (Indeed I Do), we also have the stereotypical R Dean Taylor’s There’s A Ghost In My House and Gloria Jones’ Tainted Love, as well as Frankie Valli And The Four Seasons with The Night later on. I quite like the latter actually, and at a recent Soul Night I attended with a certain Russ Winstanley on the decks, Do I Love certainly had people dancing.

Anyway, here you also get the fantastic I Surrender by Eddie Holman, The Flirtations with Nothing But A Heartache, The Impressions’ Can’t Satisfy, The Originals’ Suspicion and Marlena Shaw with Let’s Wade In The Water.

Add to that Diana Ross, Gladys Knight and The Prophets among others and this ain’t a bad little collection at all and a good little introduction for those after a few post-scooter really memories.

Listen to: The Impressions – Can’t Satisfy