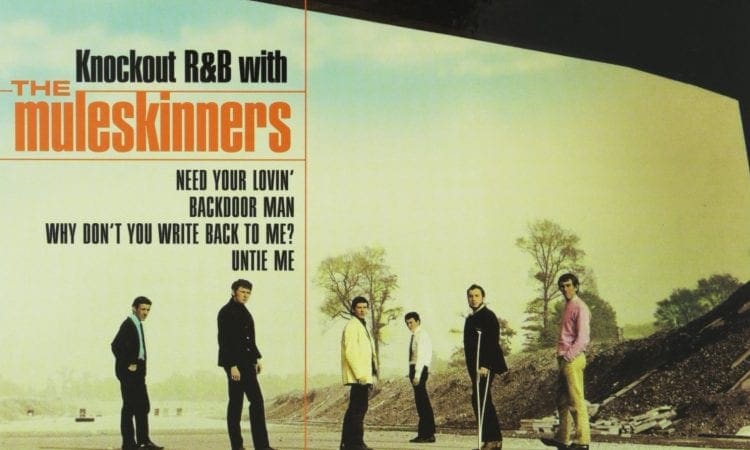 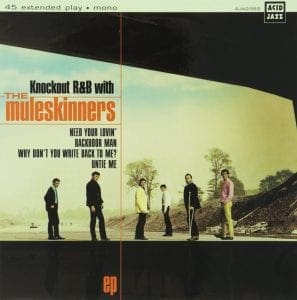 The Muleskinners are a little known R&B outfit from the 1960s who have recently had their limited work of demo sessions (possibly released as a limited single unofficially back in the day) unearthed by Acid jazz records.

With a harmonica striking out throughout we start with Need Your Lovin’ and if you were asked to describe a track to personify the sound of the small, sweaty London Mod clubs of the 1960s, this is it. Short, sweet, hard hitting, fast paced verging on furious, and easy to dance to.

This is followed by the rawer R&B sound of Backdoor Man (stop sniggering in class!), a song written by blues legend Willie Dixon for Howlin’ Wolf and a great example of what many bands were listening to and trying to create around that time.

Why don’t You Write Me Back? is an original number by the Muleskinners, a definite attempt by six young white men from the west of London to play the blues with fairly good results to be honest, the piano and keyboards flowing up and down behind the vocals and harmonica before taking the lead midway through.

Finally, there’s their version of the soulful ballad type 60s pop song number, Untie Me which didn’t do much for me to be honest, but fits in nicely with the story that this is part of a demo session from the time, the band presumably looking to cover all angles.

Overall though a little gem from the 1960s underground scene that, to be honest, would probably have remained lost forever if a pre-Small Faces Ian McLagan wasn’t on guitar and keyboard duties. It’s not what you know, but who you hang out with…

Listen to: Back Door Man