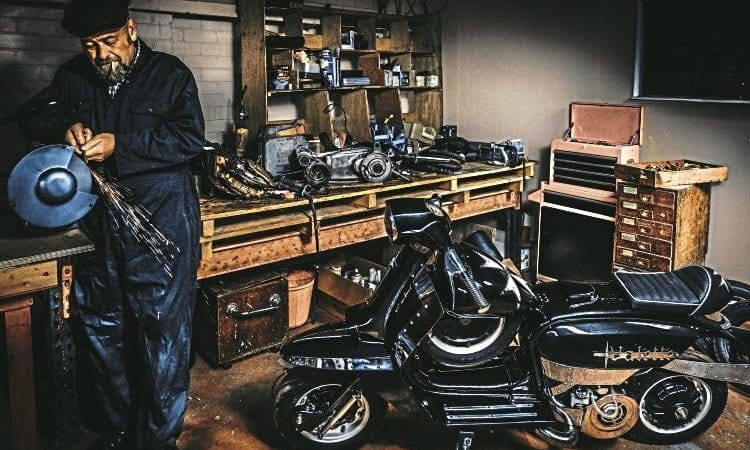 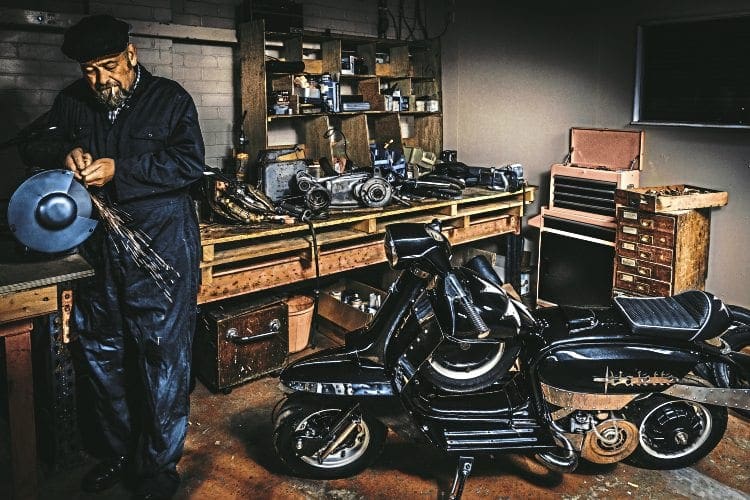 Oldham in Lancashire is home to the ‘roughyed’ a proud nickname for the locals historically linked to the coarse cloth hats worn by mill workers but more recently linked to the rugby team. During the late 70s and early 80s, going uptown to Oldham on a Saturday was an excuse to put your best gear on and group together with your chosen tribe. Punks, skins, teds, rockabillies, rockers, casuals and the Mods. Oldham at the time had a few scooter clubs: Locomotives, Globetrotters, Originals, Phoenix and the Flying Wheels all meeting and merging at either Market Café car park or the Tommyfield pub. Peter Maxwell was one of those kids and cut his teeth in the scene along with scooters and members from all those clubs and their later reincarnations, like the Stoney Brakes.

Marching towards the end of the 80s and early 90s Pete was married and had a family so scooters got put on the back burner for a few years until spare time and finances allowed for two-wheeled tearaway time once more. Owning several tasty Lambrettas and a couple of Vespas over the years, Pete got the bug for a custom this time. He wanted an iconic 80s style Lambretta cutdown. No nonsense, balls out, nipped and tucked scooterboy ride.

So perusing the internet and magazines, he came across an unloved and unfinished SX150 cutdown project and promptly purchased it… happy as a clam and giddy as a kipper (all seaside links as Peter now lives in Cleveleys near Blackpool — the posh bit) he set about his masterplan for the concept. So armed with sketches, downloaded images and the scooter loaded in the back of the van, he set off to Kris at Mental Engineering near Glossop where he quickly got comfy and set about brainstorming his wants and desires.

With the project parameters identified, work commenced. However two weeks later, Peter’s phone rang with the bad news: his idea in regard to the bodywork designs couldn’t be done, simply due to the way it had previously been cut. But Kris had come up with an alternative idea still linked to the original concept. So agreeing, while trembling, to let Kris loose with his new idea… anything could happen from that point forwards, and the project was finally started. Firstly the frame and all the bodywork were blasted. Legshields, mudguards and panels were welded and reshaped, the frame was straightened and modified accordingly. One-off floorboards, horncast badge and various other touches were made. Then the tricky stuff:

The panels were plated with steel to represent the brow piece of a Templars helm and the legshields were plated and shaped like a crusader’s shield. A one-off seat was commissioned from Caulfield Leather and a set of drop bars purloined for the project. A Japanese cruiser tank was modified to be a dummy and nestled on top of the inline spare wheel. The scooter was powder coated and dry built for collection. 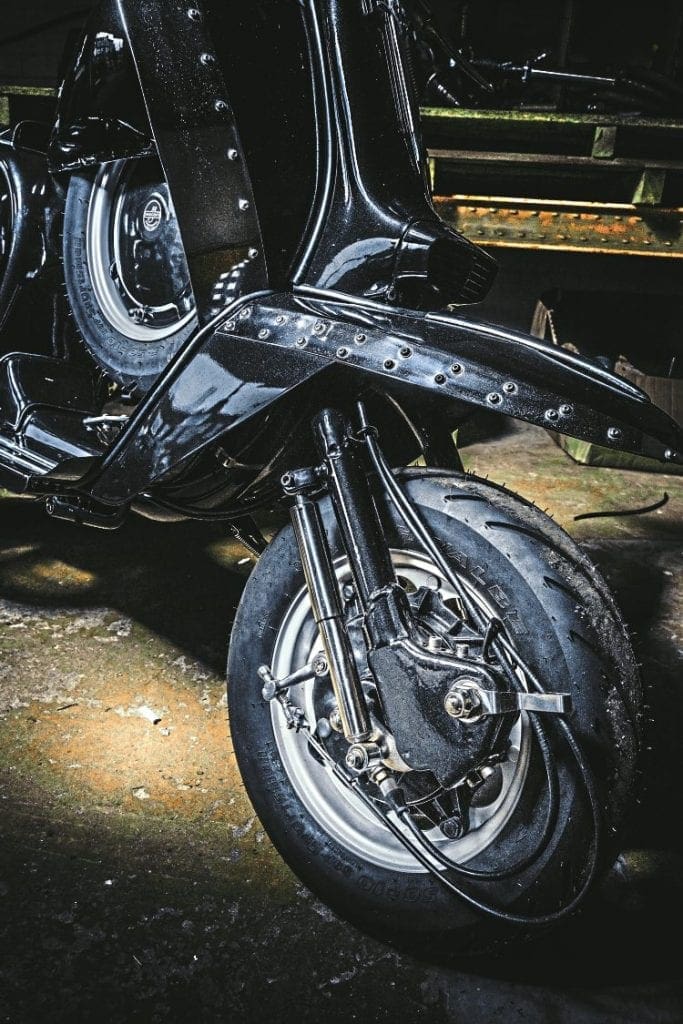 Peter was delighted, returned home with it and then despatched it for painting in VW metallic black. All steelwork was nickel plated and the stainless fasteners were polished. The motor was built by Peter himself but set up by Jedi master, Jem Booth. Eventually it was finished. Peter has exactly what he wanted: a neat cutdown built just for him. All he needs now is to scratch that other itch he’s had since the 80s — a chopper. But that’s a different story…

How did you first get into scooters: ’79 revival.

Furthest ever ridden on a scooter: Great Yarmouth in the 80s. 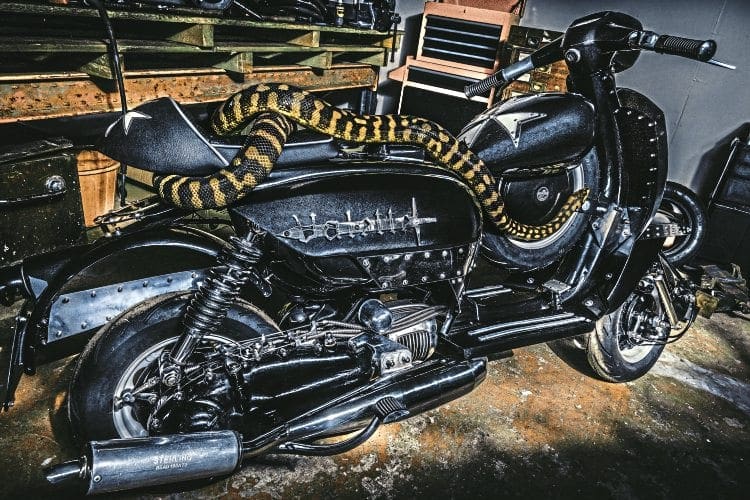 Thanks to: My wife, Julie, Kris, Jem and Damon.