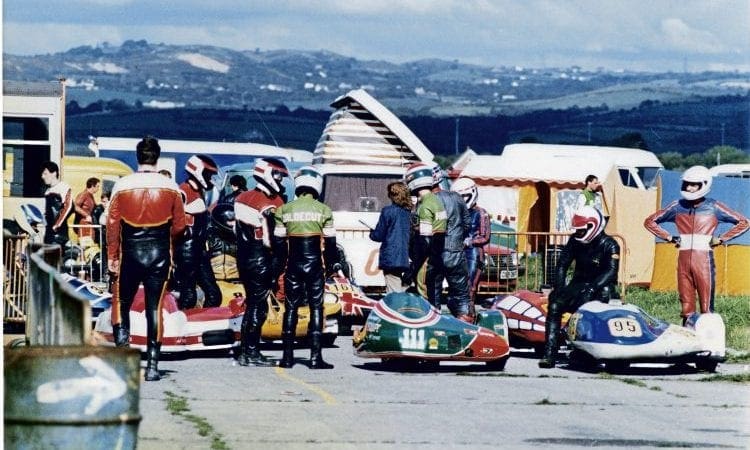 Following on from the ‘30 years of the TS1’ story in the May edition of Scootering, many original TS1 owners wrote in to share their memories. As promised, here are a few we have selected for the TS1 roll of honour. 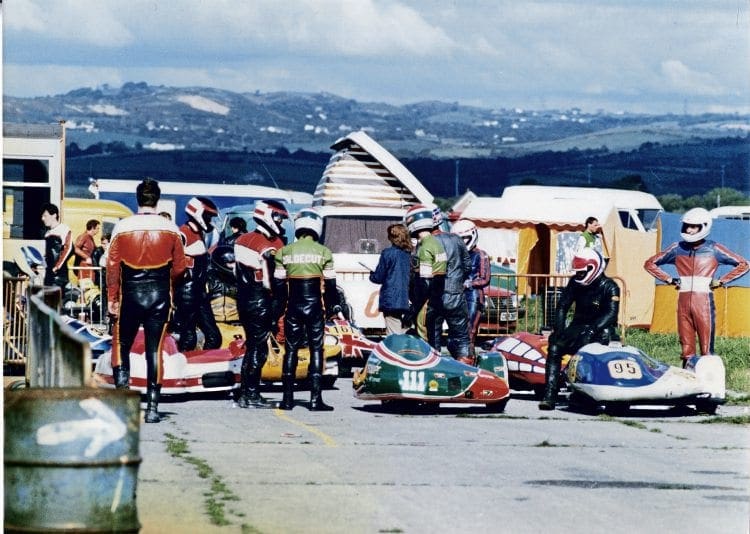 Paul Meeking was officially the first person to purchase a TS1 225cc kit from AF Rayspeed in 1986. Describing himself as a traditional scooter boy from the 1980s, he like many others would leave the scene at the end of the decade having owned a Lambretta for just a few short years. Though his memories are fading now Paul does recall how the engine kept twisting the crank due to the much improved power output. With this in mind he recollects always keeping a spare crank on the shelf in the garage just in case it was to happen again. The whereabouts of the Lambretta are unknown.

Mark Partner was one of the first customers to order a TS1 S Type from AF Rayspeed. It was finished in candy apple red and silver metal flake with chrome extras. The Lambretta in question, an Indian GP, cost a total of £2500 when finished, quite a sum of money back in 1987. Despite being entirely new Mark said it didn’t come without its problems. The main issue he encountered was fuel starvation due to using a standard size tank and normal petrol tap. The problem occurred once the tank was half empty. Back then big bore fuel taps didn’t exist so the solution was to tune the standard one, in reality drill it out. With this modification the problem was soon resolved. The other major headache was with the over the kick start Fresco which cracked in the middle of the two main sections. This problem was a regular occurrence due to the design of the pipe and where it was mounted. Once the teething problems were sorted Mark said the kit performed perfectly for many thousands of miles. Regularly attending rallies around the country it was ideal for touring even though you had to get used to how much fuel it drank.

Upon reading the announcement in Scootering magazine some months before the kit’s launch, Karl immediately called AF Rayspeed to reserve a 225cc version. Though he purchased the kit late in 1986 it wouldn’t be fitted until his new custom Lambretta GP was ready some 10 months later. Karl, like so many others, encountered a host of problems when first getting on the road. His main problem was getting it to start due to flooding of the engine. He recalls time after time the Lambretta being towed down the road just to get it started. Once running, no one wanted to follow him as the exhaust would spew out unburnt oil and fuel on to anyone trailing behind. Also, hampered by the super strong clutch due to the Lambro centre spring, the clutch cable would repeatedly snap, breaking the clutch lever itself on one occasion. Despite the great performance, Karl became increasingly fed up with the poor reliability and chose to go back to a more standard Lambretta engine set up which he still uses to this day.

Having heard the news of the TS1 kitted Lambretta rocketing up to speeds of 97mph and doing power wheelies Andrew Purdy knew he had to purchase a one. Building a new Lambretta for the purpose he was soon disappointed with the kit’s performance. Though acceleration was impressive, top speed was poor as it couldn’t reach over 65mph.

Despite changing the gearbox and trying other engine set ups the problem remained. It took over a year until by chance a change of exhaust cured it. Rather than fit an over the kick start Fresco as recommended by AF Rayspeed, Andrew originally fitted a Mickeck exhaust which unbeknown to him was the underlying problem. Trying a friend’s new PM Tuning pipe, which had just come out, the potential of the kit was finally revealed. If anything, it highlighted just how little set up information was available to the do-it-yourself Lambretta enthusiast. By the early 1990s the Lambretta was mothballed and in Andrew’s own words, “I got married and we had kids so the Lambretta took a back seat.”

Now back on the scene again, Andrew still uses the same setup. Though the piston has had to be replaced everything else is as it was, a testament to the enduring reliability of the TS1.

John McMillan purchased his TS1 at a similar time to his friend Mark McGillivray. Mark had fitted his kit in to a custom Lambretta popular on the scene in the late 1980s named Voodoo Chile. Both had similar specification with set ups so were perfectly matched as they raced each other frequently along the M9 motorway in Scotland. In 1991 Mark rode to Rimini in Italy two up on this TS1. Despite the exhaust falling to bits and being re-welded several times he completed the journey successfully. Still running a standard fuel tank took skill to make sure he never once ran out of petrol on the 2500 mile journey.

Though Olof Fransson didn’t get his TS1 in the early days it is still nice to hear just how far and wide the TS1 has been sold. Olof from Sweden first got his kit in 1995 and has been using it ever since, giving over 20 years of reliable service. He says that it does need a bit of care and attention from time to time but what tuned two-stroke engine doesn’t?

Geoff Stephens remembers well the first ever race that was won using it TS1 cylinder. It was actually on a side car outfit raced by Roly Caldecutt and Pete Hinsley, the engine being prepared by Geoff. In fact it was the first TS1-based engine to win a championship in the UK. Roly Caldecott later went on the win the Group 6 championship again using a TS1 based engine. Geoff like many other tuners and racers at the time was excited by the prospect of the TS1 cylinder being approved for racing. Not only did it offer a new direction in which Lambretta tuning could be explored but a rivalry to see which tuner could take it the furthest. Geoff and a host of well-known other tuners were an important part of this new performance revolution in the Lambretta world.

Reading through the memories here it’s easy to notice how those that purchased the TS1 kit in the early days encountered many problems. The reason why is not necessarily down to individuals’ lack of experience in building a Lambretta engine but one of going in to the unknown.

When faced with the task of fitting and jetting a carburettor that you had never used before or an exhaust that was a one off to every other Lambretta, who could you ask for advice? There was no Internet back in the 1980s, no jetting recommendations to download or forums with advice pages on squish, timing and so on. Even if you did phone a dealer there weren’t nearly as many to choose from then as there are today. And at the same time all this technology was new to them too.

As stated in the ‘30th anniversary of the TS1’ story in May’s edition the kit not only spawned a revolution in tuning but a revolution in tuning and performance extras. That might be of little comfort to those early owners of the kit who put up with all its teething problems. We must remember that they paved the way for all of us, in a way they were pioneers that we should applaud. Though the TS1 kit wasn’t the start of Lambretta tuning, it was the start of modern Lambretta tuning as we know it today.