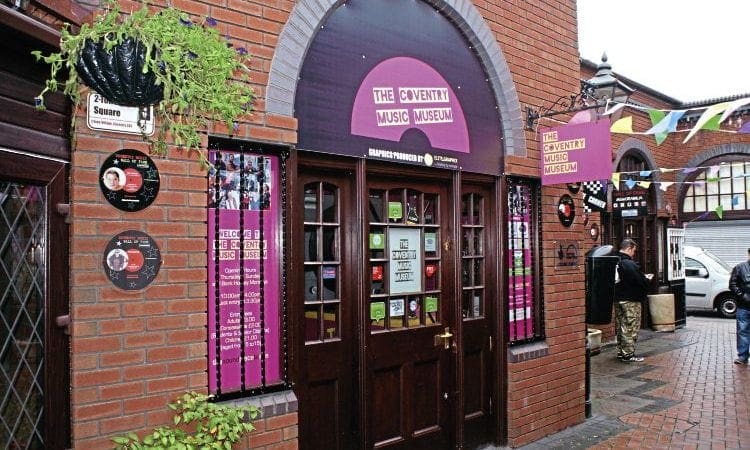 East of Coventry’s city centre, on Walsgrave Road, is a typical cluster of small businesses, many of them reflecting the multi-cultural population that helped create a ground-breaking musical movement. Half way along the road is a small, black-painted gateway, the sign above barely hinting at what secrets lie within. Welcome to The Coventry Music Museum, better known as The Two Tone Village. 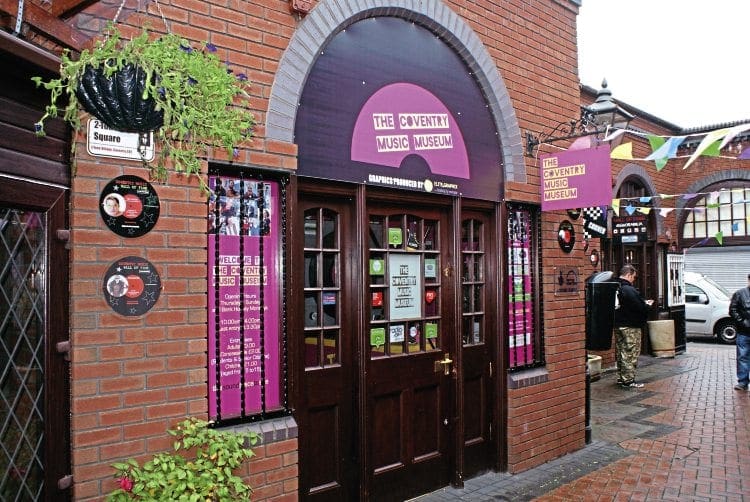 As you enter the museum, your eye is immediately drawn to the right hand wall, where a larger than life replica of The Selecter’s debut album adorns the wall. Missing the principle character of the sleeve, it affords the visitor a chance to re-enact that famous pose. Venturing on up the narrow alleyway, you notice plaques on the walls commemorating the famous musical artists who emerged from this city. Although it’s best known for celebrating the record label which gives the museum its alias, other notables are artists such as Hazel O’Connor, producer Roger Lomas, and the plethora of smaller artists who emerged from the city during the Sixties and Seventies. 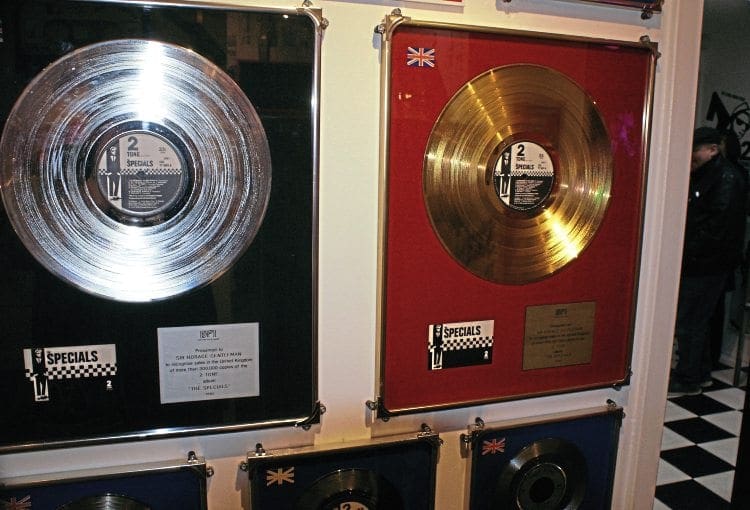 It also takes in the current acts from the area, reflecting the entire history of Coventry music. It’s the large amount of 2-Tone related material which is the main draw though, and this is reflected as you progress. On the right is the celebrated cafe, with its wall sized replica of the ‘This Are 2-Tone’ advertising material which has been signed by many ska luminaries, from members of The Specials, Selecter, Beat and Madness through to many of the current scene. 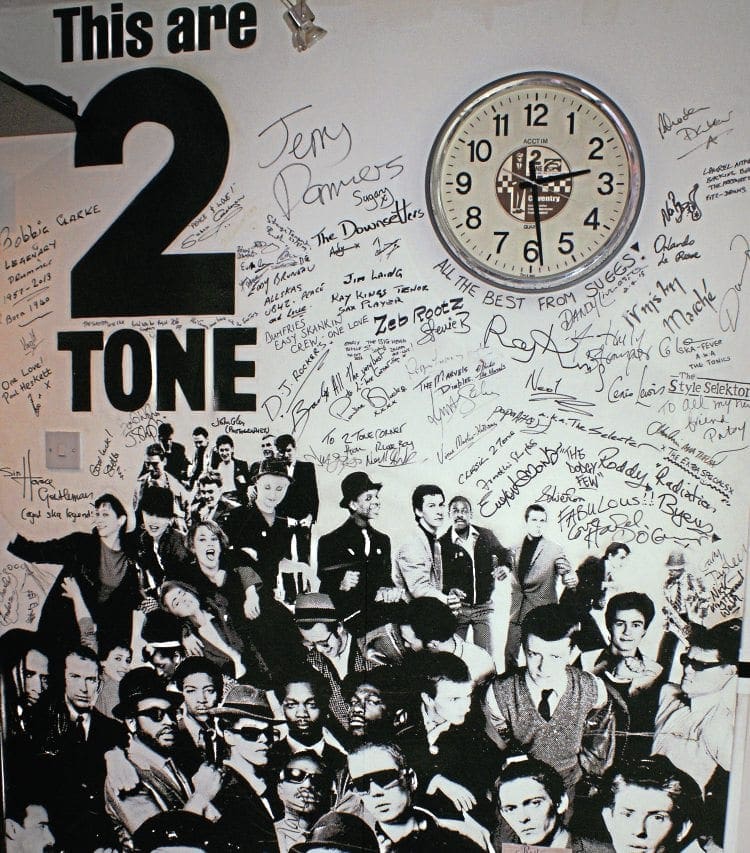 Opposite is a small music venue, tastefully decorated in black and white checks, with a massive replica of ‘Gangsters’ hanging over your head as you walk in. The room is used regularly to put on gigs by local bands, and often sells out. 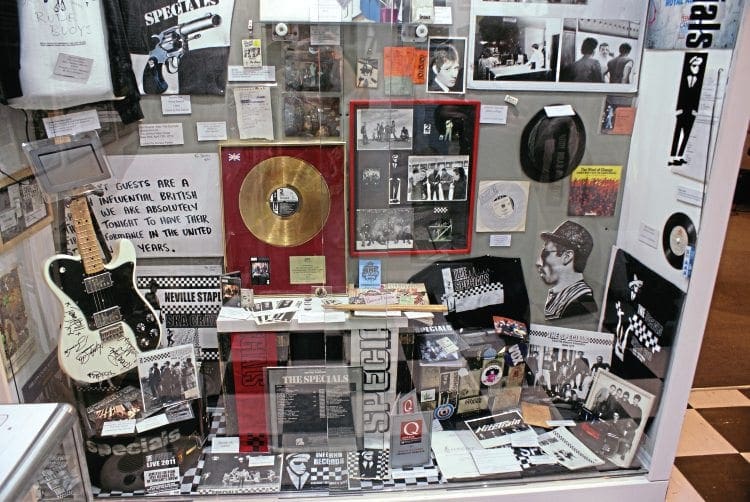 All this, and the surprisingly large memorabilia shop further along all help to keep the CMM afloat, but aren’t what we’re here for. The museum itself is accessed through a door half way along this courtyard. Walking in, the first thing you see is a stage outfit worn by Roddy ‘Radation’ Byers. Moving slowly through, you find one of the desks used in the video for Rat Race which holds the visitors book, overlooked by a stage costume belonging to the legendary Rico which was used when he shared a stage with Bob Marley. Moving along and you see the expected collection of posters and memorabilia, having passed a small booth with musical instruments in, where children are encouraged to come and play — the next generation has to start somewhere. A narrow flight of stairs carries you up to the main area. A regularly changing exhibition greets you at the top; when I visited there was a display based around Specials bassist Horace Panter, though this was due to change in December. Behind you is a complete set of 2-Tone single releases in their original sleeves, along with a selection of the museum’s impressive import collection of variants, and what is believed to be the only reverse printed sleeve of the Gangsters/Selecter debut release, with the two titles switched. 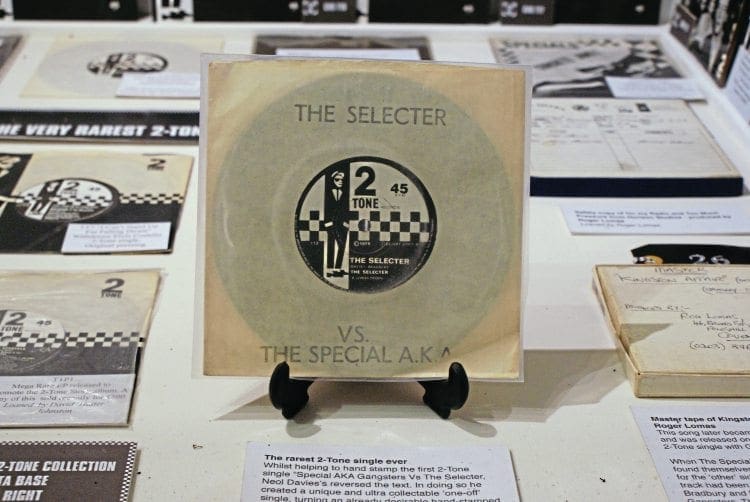 Returning to the main exhibition, a faithfully reproduced teenager’s bedroom of the early Eighties dominates the left hand side, reminding me heavily of my own of that time, but without the hastily concealed magazines and piles of unwashed clothes! A huge collection of 2-Tone memorabilia comes next, along with a small tribute to Specials drummer John ‘Brad’ Bradbury, who passed away last year. 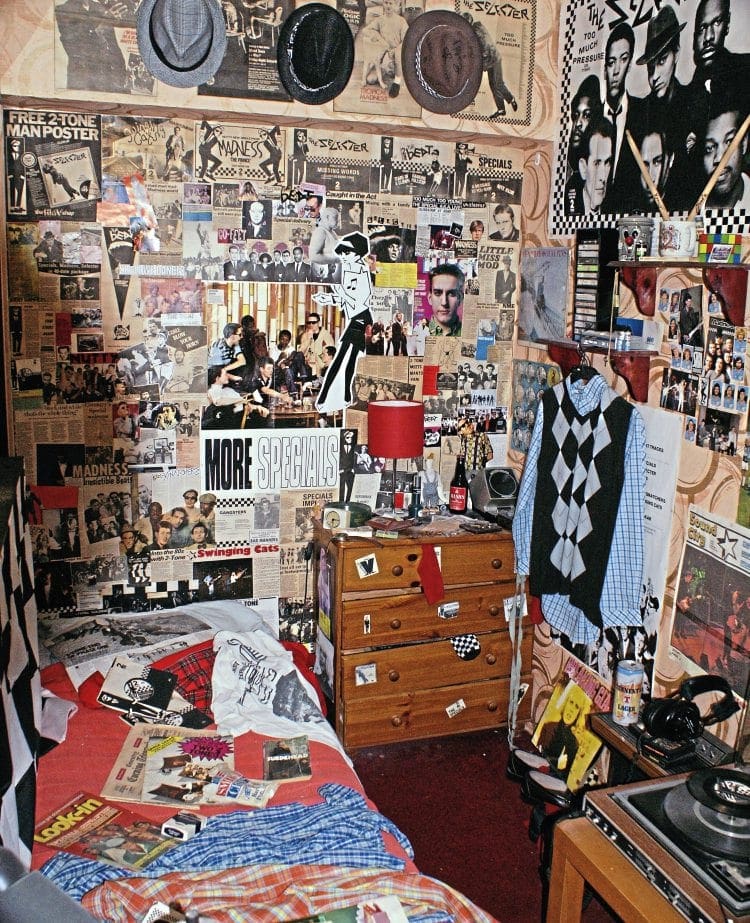 The rest of the exhibition focuses on other aspects of Coventry’s musical past and present, from their attempt at creating an alternative to Liverpool’s Merseybeat, through the Seventies glam and punk excesses, and on to releases by contemporary acts. One item which did catch my eye was a corner dedicated to Delia Derbyshire, the electronic music pioneer who was most famous for her work on one of the longest lasting, and best known TV theme tunes — the classic Doctor Who theme! I bet you didn’t know that had a strong Coventry connection. 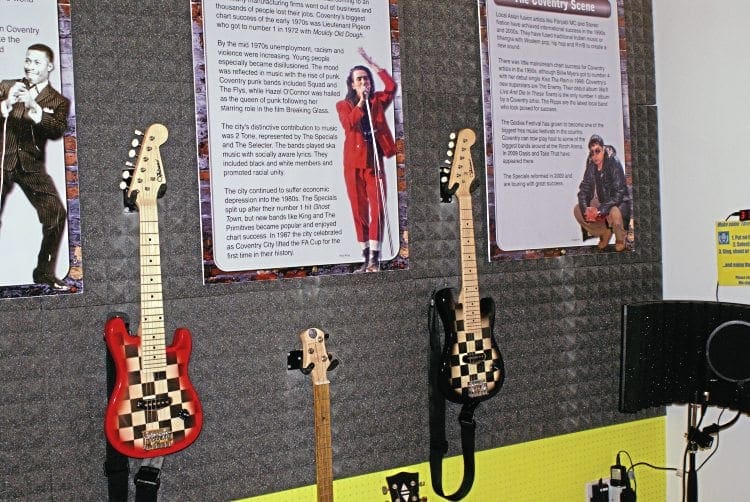 Obviously, all the above is liable to regular change as the museum likes to reflect as much of the local scene as possible, and only gives a quick overview of what there is to see, but if you have a love of the ska world, then this is an essential stop. 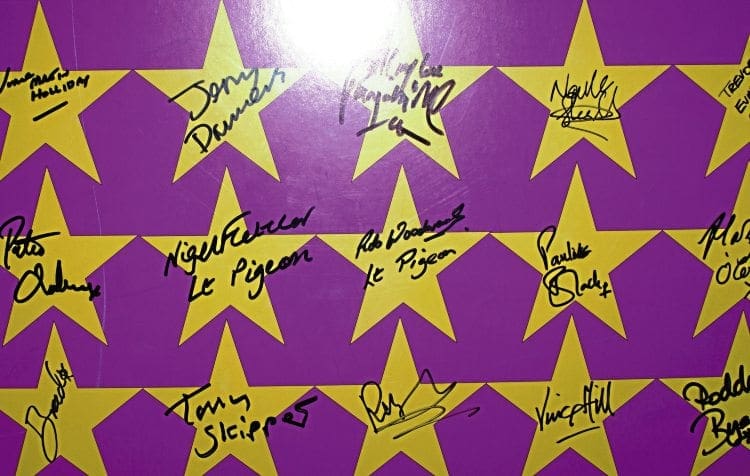 Many thanks to Pete Chambers BEM and Suky Singh for opening up the museum for my visit, it normally only opening Thursday to Sunday, 10am-4pm, and I could only get there on a Monday… Very much appreciated.

Pete Chambers is a man on a mission. A long standing love of all things Coventry rock and roll led him to be in the right place at the right time when the 2-Tone scene exploded in late 1979. Already a writer for fanzines, he became drawn to this new and exciting sound, becoming increasingly obsessed with it, reflecting as it did his local world and the people in it. He decided to document and preserve as much of the 2-Tone world as possible after a chance meeting in Coventry city centre, when a friend was approached by a couple of young Japanese tourists who wanted to know “where’s the 2-Tone?” Taking his cue from the Liverpool experience of preserving The Beatles’ legacy, Pete created the 2-Tone Tour which took visitors around many of the landmarks of that era. 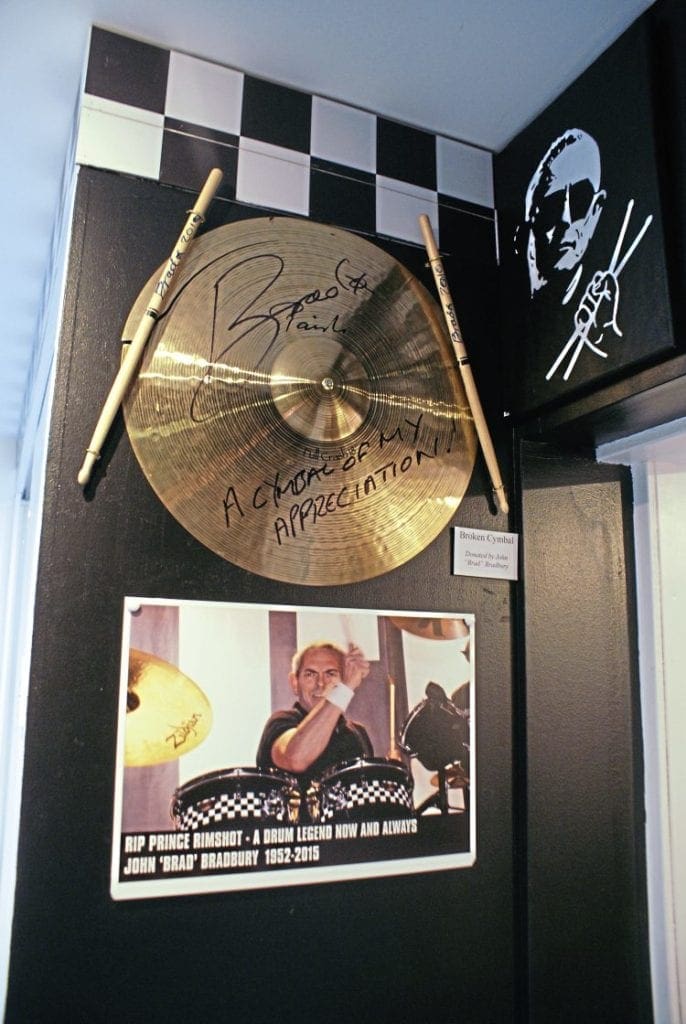 This led to a sadly short-lived exhibition at Coventry University which focused exclusively on the label, but which had to close when the university was reorganised. Eventually he realised that there was a need for a more permanent exhibition of this, and the rest of the local music scene, and so the idea of the Coventry Music Museum was born.

Now into its third successful year, the museum has attracted visitors from almost sixty different countries. In 2015, the Queen awarded him a well-deserved British Empire Medal for his services to the local music scene in Coventry. Modestly, Pete says that he could never have achieved it without the invaluable support of his wife Julie, and his team of helpers and supporters.