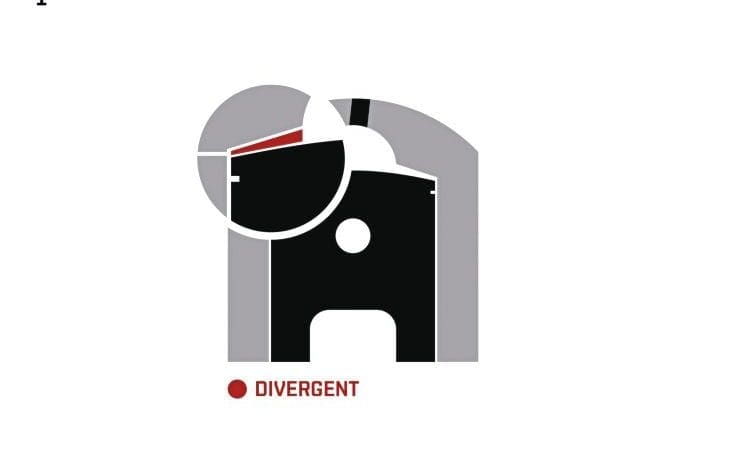 Darrell Taylor continues his series on compression and ignition by considering the various squish designs that have been used to increase the efficiency, performance and safety of engines over the years.

Last month’s article on compression briefly touched on squish clearance, which we will now cover in more detail this month. For those who missed the article, squish is the term used when referring to the clearance gap between the piston-crown and cylinder head while at top dead centre (TDC).

The term squish is the effect of squashing the air fuel mixture contained within this tight clearance area, at the outer-most section, toward the direction of the combustion chamber/bowl, where it’s more desirable to have this work done. Although not all engine designs have squish-type cylinder heads, most do.

The ignition of the mixture starts well before the piston reaches TDC, generally 24 to 16 degrees is commonly used, so the spark generated ignition event then starts a flame-front travelling outward from the spark plug, towards the outer area of the bowl, to near the inner edge of the squish band. This mixture is trapped and is already being pre-heated, leaving it at risk of self-ignition. A commonly used term is detonation, where the air fuel mixture burns spontaneously and uncontrollably, leaving your top end looking like a Chernobyl incident! To counter that problem, manufacturers found a good squish design would force this mixture away from the vulnerable outer-squish area, and into the combustion bowl, thus increasing engine efficiency, performance and safety.

Many squish designs exist and have been used by various manufacturers over the years. I’ve seen road, race, motocross, and kart manufacturers change them year on year, using a whole range of designs. So there are many types in use, combined with various different combustion bowl designs. The combinations are endless and generally due to the nature of use for the engine which they are designed for.

Here are some common in variants in wide use, which have proven reliable over the years: 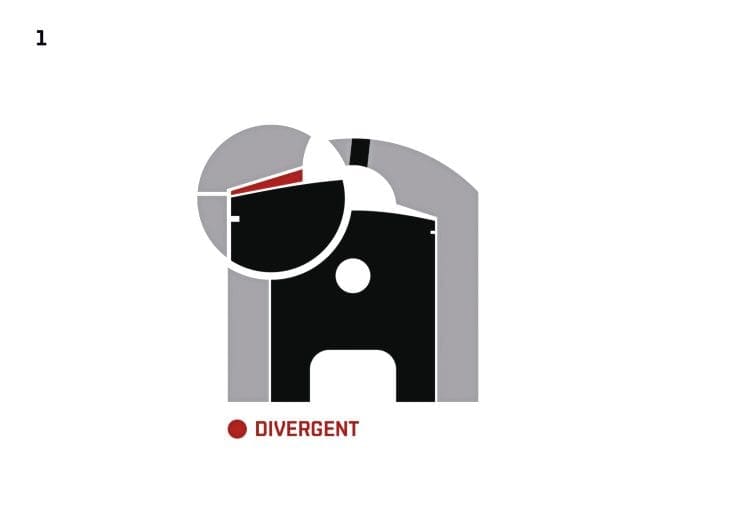 You can see that the clearance gap outer-edge is slim and gets slightly fatter as it moves towards the combustion bowl, generally an increase of between one and three degrees. 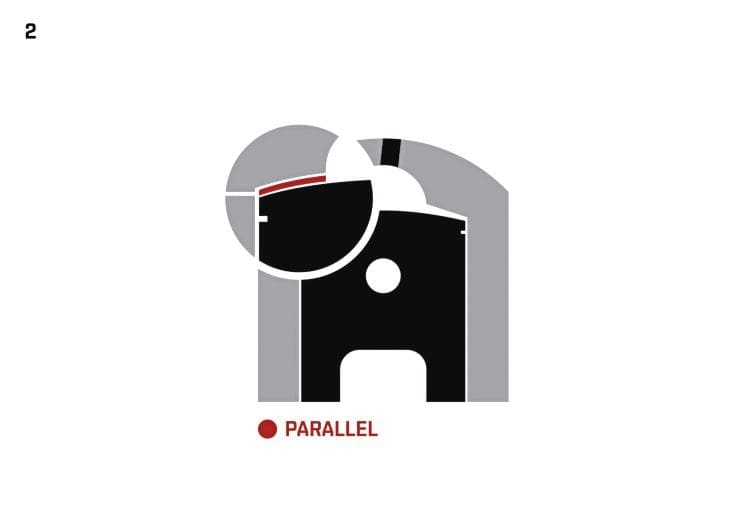 In this case the clearance gap remains constant and generally the piston crown and squish section on head have matching profiles. 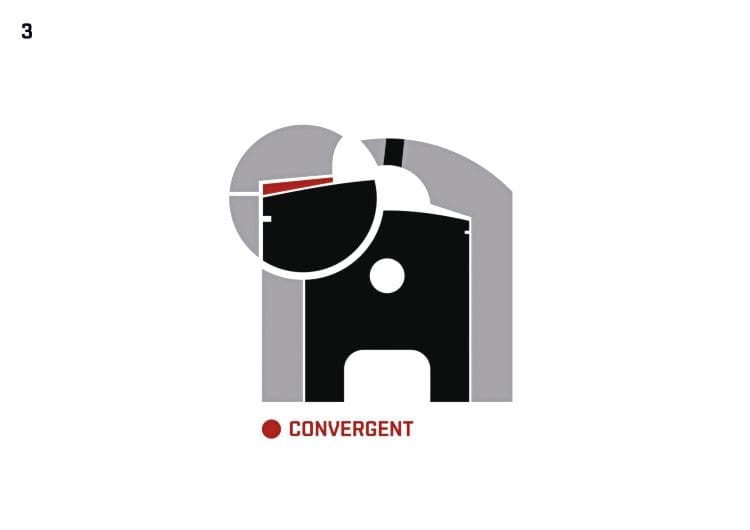 In this example the clearance gap is slightly fatter at the outer edge and it becomes slimmer as it moves towards the combustion bowl. 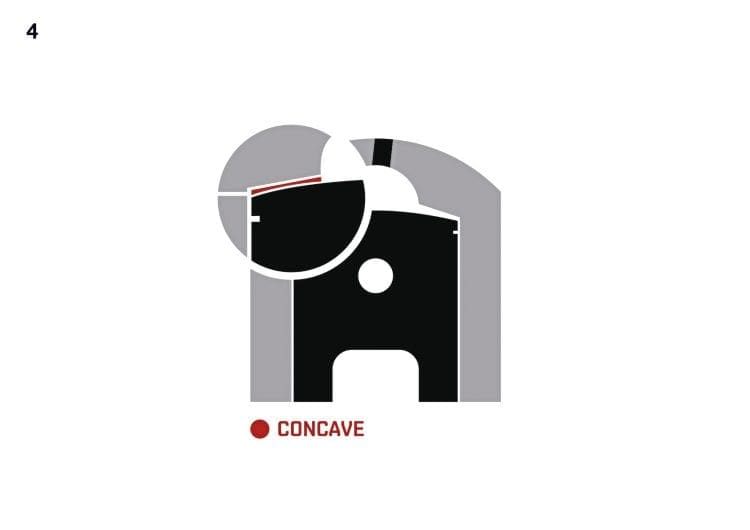 The clearance gap starts fatter, becomes marginally slimmer in the middle and then becomes fatter again as it moves towards the combustion bowl. This is often as a result of a dome top piston meeting a flat profiled head and in use it has proven to be of no detriment. 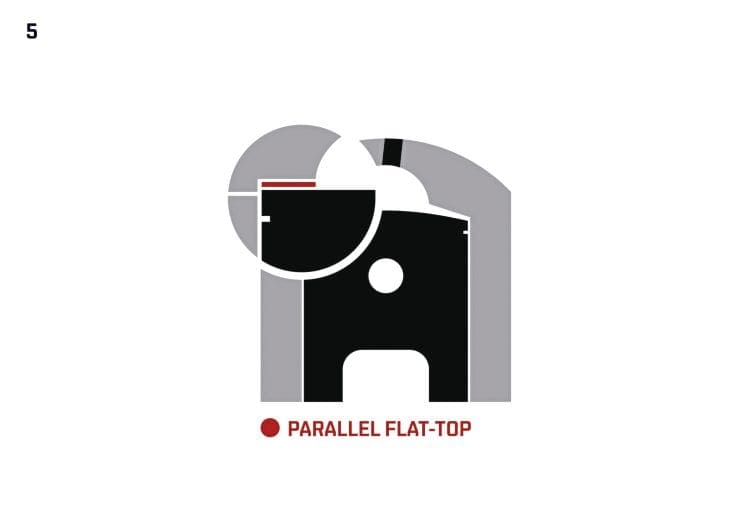 These had a period of popularity but I feel that the flatter design leads to greater loss of mixture out of the exhaust port, which in some motocross applications proved popular as bottom end power increases can be seen from the cooler exhaust pipe temperature. I guess they redesigned the pipe to do the work in future designs when they returned to dome top pistons/heads in future years, but some are still used. 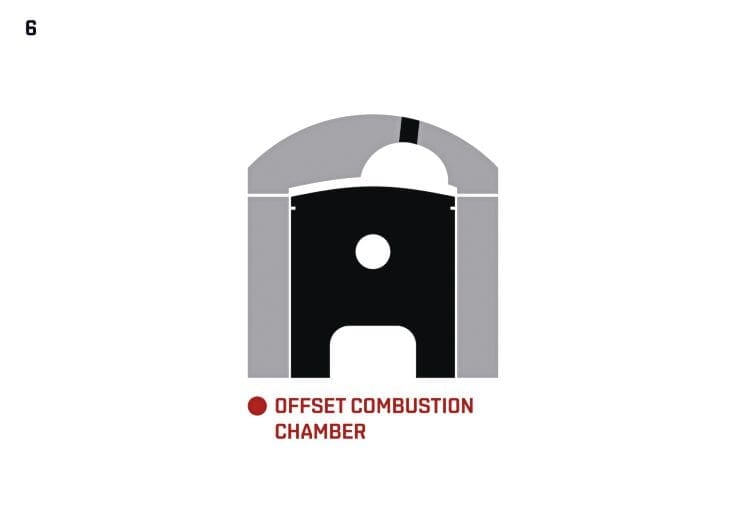 Common on production models and present on most Lambretta models, these fulfil a very useful role. The design generally places the combustion bowl and spark plug on the inlet (fuel drenched) side of the cylinder/head/piston, which gives the engine a better chance of keeping cool. The placement of the bowl on the inlet side, by its very nature, means we have a wide squish band on the exhaust side, and that is more effective at squishing the mixture away from this more vulnerable/hot side. If the bowl were to be placed to the opposite side, nearer the exhaust port that is continually heated, it would lose all these benefits. 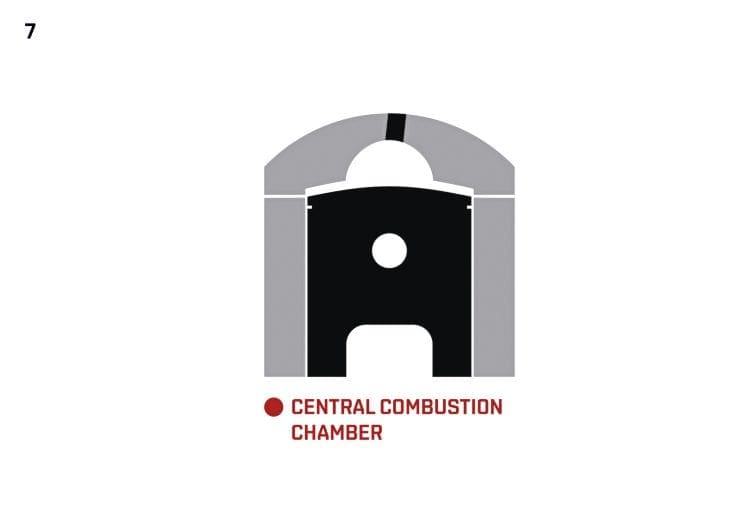 These are most common in modern engines and they provide an equal squish band width, with a central combustion bowl and, most often, a centrally positioned plug.

These are generally used on more efficiently cooled designs than most classic scooter engines have, often with water cooling, So don’t write off the older offset design (figure 6) used on older engine designs, as those original design ideas are still valid!

Last month’s compression article provided a safe squish clearance figure of 2% stroke, so on a 60mm stroke crankshaft that would be 1.2mm.

It’s worth bearing in mind that component expansion, bearing clearance, crank deflection and rod stretch etc can be as great as 1% of stroke. This means that as the engine wears, 0.6mm or more could be lost from this safe clearance, leaving only 0.6mm for contingency.

With this in mind, consider the effects this has on the squish band width and design, especially if using computer programs that often miss this.

In coming editions we will look at the squish band width and design, and how this effects power outputs.