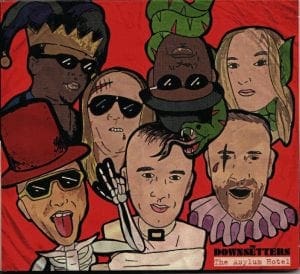 The Downsetters The Asylum Hotel (Liquidizer)

The Downsetters have been a band I’ve always had time for, hard-working and trying to carve their own lunar groove through the reggae and ska sound, and it’s no surprise to see that they’ve finally released what could well be their definitive album.

Well established on the south-east circuit, as well as playing Glastonbury for the last couple of years, they’ve matured and finally dropped the bomb that is The Asylum Hotel.

If you were to listen without prior knowledge as to what you were listening to, it’s a fair bet that most of us would date it to the back end of the 2-Tone era or the start of the Unicorn/Skank/Dojo years, it has that feel about it. Hectic and bouncy, but as tight as a Yorkshireman at the bar, they don’t miss a beat or drop a note, rushing relentlessly from track to track, rarely pausing for breath. This isn’t one of those albums where you’re going to sit, carefully analysing the writer’s every word, it’s too danceable for that rubbish! To paraphrase Madness’ slogan from many years ago — f**k politics, let’s dance!

It’s not all perfect, I will admit that — the opening track nearly made me turn it off as the singer’s voice doesn’t seem to work too well on it, but that’s the exception. Loaded with more jumping 2-Tone rhythms that you can throw a pork pie hat at, make no mistake — this is their benchmark release so far. 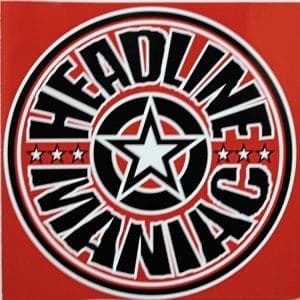 Two thirds of Eddie and The Hot Rods line up on a side project as Headline Maniac, initially formed to support the original Hot Rods’ 40th anniversary reunion shows. The power trio of Dipster Dean, Chris Taylor and Simon Bowley enjoyed their hiatus so much that they’ve come up with an 11 track, self-titled album of brand new songs. Wired and fired, with power chords abounding, this album overflows with dirty blues mixing it up with pop punk. Cream of the crop from this impressive offering are Give Me One More Chance, 14 Days and the scorching I’m Bad (Rotten To The Core). Edgy, unrelenting as well as a familiar accessibility, I’ve a feeling Headline Maniac are here to stay. 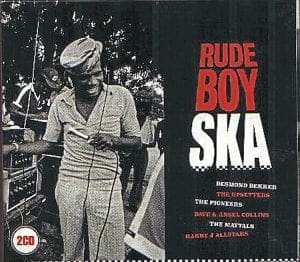 I don’t normally bother with supermarket CDs. They tend to be the same tracks recycled time after time with a couple of new ones added to encourage sales, and to an extent the same is true with this one, but it’s the quality of the additions that makes it worth mentioning here.

Yes, a lot of the old favourites are here — Liquidator, Monkey Man, Return Of Django and Stop That Train to name but a few of the well-worn tunes that populate the two CDs, and material like Ride Your Donkey, Wet Dream, and Young, Gifted And Black are hardly scarce, but in among the ‘same old, same old’ are some real gems.

When was the last time you saw Prince Of Darkness’ Burial Of Longshot? Or Val Bennet The Russians Are Coming? Or Emperor Rosko’s cheeky knock off of Al Capone, or even The Techniques’ Run Come Celebrate (Festival ’68)? I can’t remember ever seeing any of those (and there are more in the same vein) on a mainstream release. Yes, Trojan have pretty much compiled them all over the years, but those albums are very specialist in comparison to this.

And the best bit? Shop around and it’s yours for a fiver. That’s right… 40 good, solid ska, rocksteady and early reggae tracks for the massive sum of five pounds.

If only all mainstream compilations could be this good. 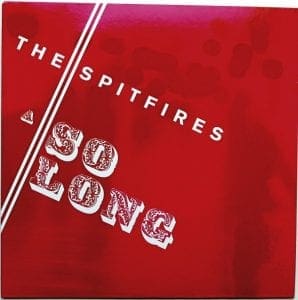 The Spitfires So Long/The Suburbs (Catch 22)

Hard-working, forever-touring Watford-based The Spitfires are flying high on the back of the success of their acclaimed debut album Response. This vinyl single is the first taster from their work-in-progress second album, provisionally due in the autumn and, as yet, untitled. Now a four-piece, The Spitfires’ sound is evolving and possesses a musical maturity. So Long retains their trademark spiky guitar riffs, with tight harmonies and Billy Sullivan’s powerful lead vocals, while piano keys darting in and out add an extra dimension. Flipside The Suburbs (We Can’t Complain), takes a walk on the darker side of where The Spitfires are musically right now. Currently touring the UK, catch these rising stars at a venue near you.