With a welcoming attitude and well-presented scooters, Poole Inner Circle seem to have found the right formula for a family friendly club. 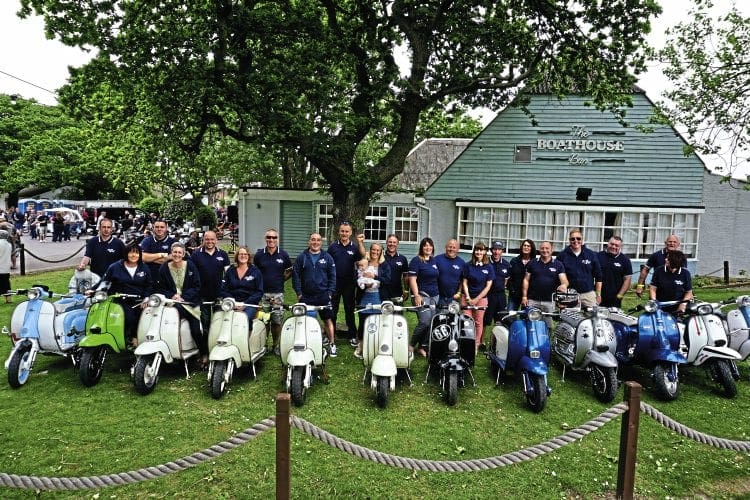 Celebrating their 10th anniversary at Hayling Island was Poole Inner Circle SC, a club with great ancestry. Founder members, including No 1 Mark Notley, originally rode with The Modrapheniacs back in the late 70s and early 80s. Like so many others they drifted away from scooters to concentrate on careers and family, but once ‘in the blood’ scootering never leaves you, and in 2001 they rejoined their old club. “There was no animosity,” explained Mark. “But it just wasn’t easy for either side to pick up where we’d left off, so we parted on good terms. From the outset we intended to be Lambrettas only, but one member objected as he rode a Vespa. He had a good point; this was about friends getting together so we decided to open membership to all makes. “A week or so later he bought a Lambretta. As I’d already ordered the T-shirts we became an all makes club! There are currently around 30 members with most riding regularly to meetings and events.”

The club attends most of the South Coast rallies and has won ‘Best turned out club’ two years running at the Isle of White Lambretta day. The club also travels further afield with representation at Euro Lambretta events in Ireland, Spain, France and Belgium.

Setting up a new club is always a gamble but it does allow a fresh start and the Inner Circle are very family orientated, with a good proportion of female members. Dee, Mark’s wife, is heavily involved in the club and the Notley household kitchen often acts as an impromptu club house. This family-orientated approach, consciously or not, gives the club a very relaxed, almost European feel.

At Hayling Island the club drew quite a bit of attention, due to its very well turned out machines, many powered by engines Mark had built. The name? At an early meeting the members were sitting around a big circular table and a late arrival asked to be allowed ‘Into the inner circle’.

The club meets on the first Wednesday of every month at the New Inn in Poole and you’re guaranteed a warm welcome. 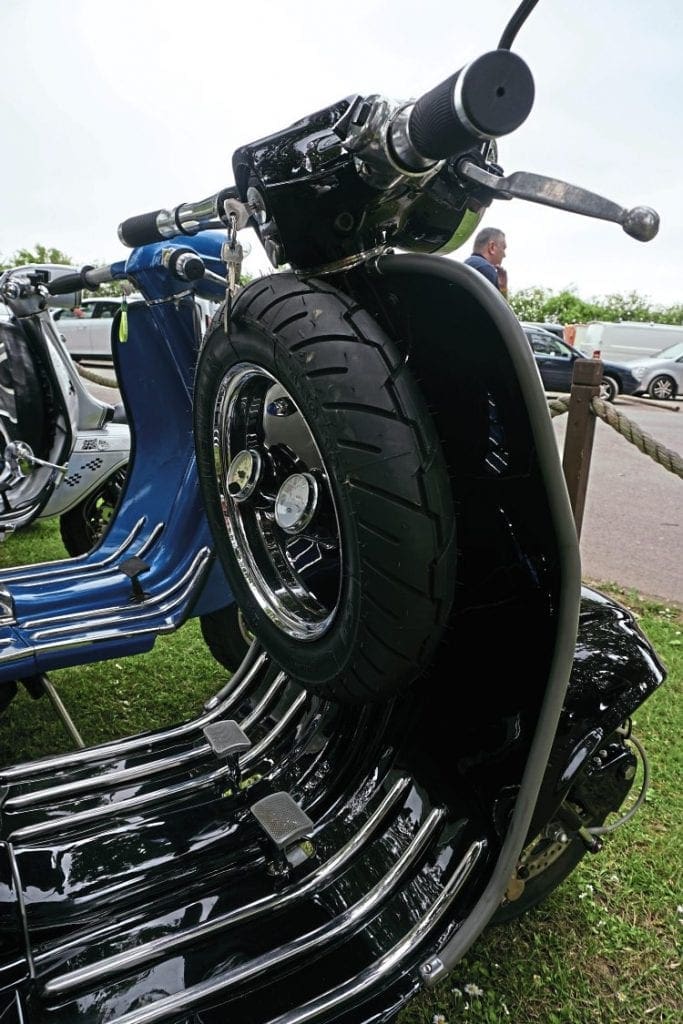