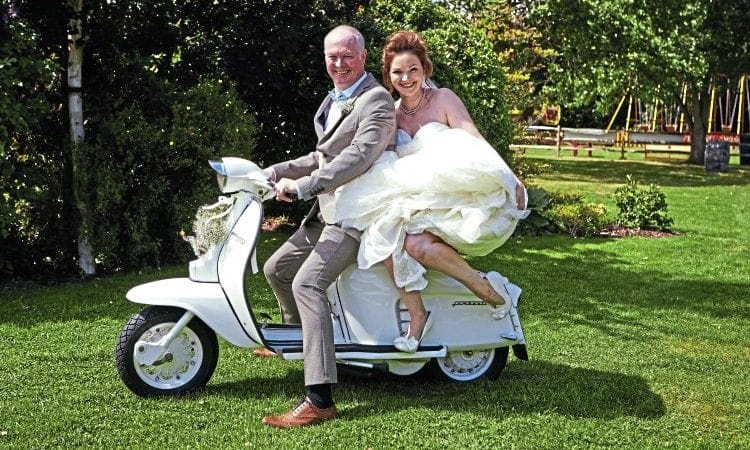 Some scooters go beyond mere transport and become part of the family. When owner Paddy’s daughter got married his Li150 had a role to play… 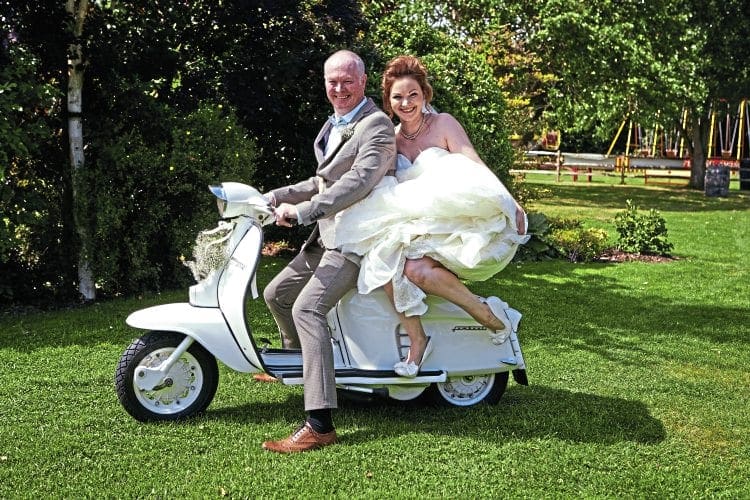 Having owned this Li150 special since he was 16 and since having it beautifully restored, earlier this year Paddy Riordan was asked to take his daughter Kerry to her wedding on it. Paddy told us: “You may be interested to know that I swapped my Vespa 90 with (the well-known in the scootering fraternity) Peter Burls (RIP). He couldn’t afford the insurance at the time on a 150 so he did a straight swap! It was the best deal I have ever done; he was a lovely man. Then fast forward all these years, and my daughter Kerry asked me to deliver her to her wedding on my Lambretta. Very proud dad! Little did I know 35 years ago when I was careering around the country on my scooter that I would deliver her to her wedding on the very same Lambretta.” 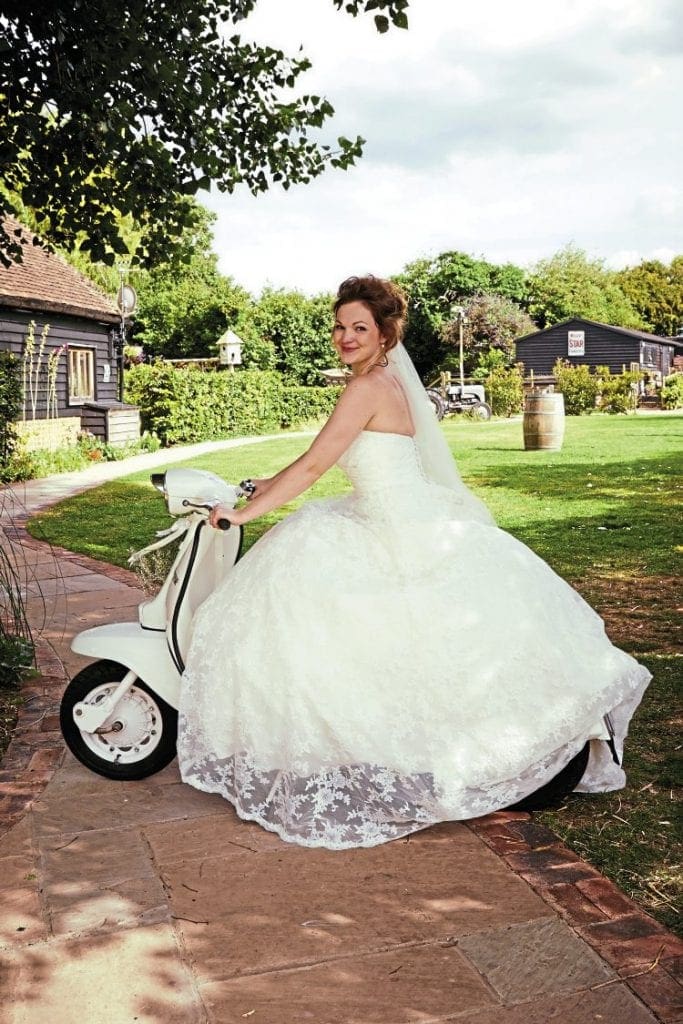 Scooter club: Years ago it was the Maidstone Jesters. 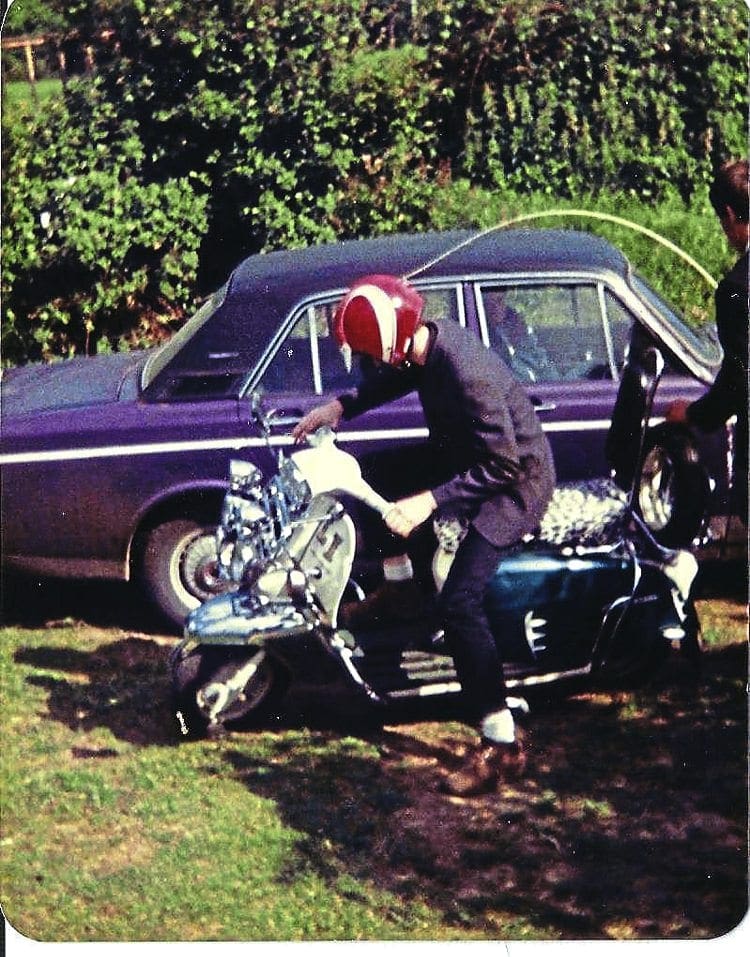 Time to build & by who: I took it to TASS in Margate in bits in the back of an Astra estate, about 15 years ago and they did a wonderful job.

How and when did you first become interested in scooters: 1979 – prior to Quadrophenia I was getting into the Mod scene and after watching the film it really took off.

What was your first scooter: Vespa 90. 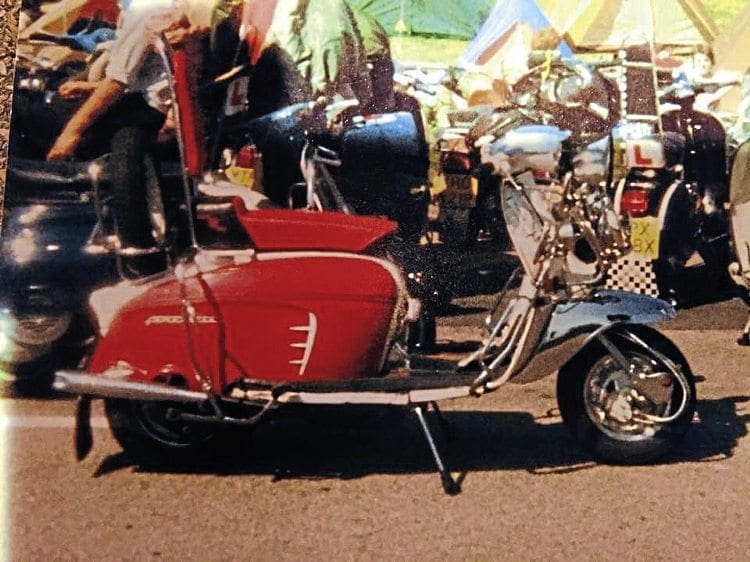 How did you get there: Scooter to Brighton, for Scarborough 1981 seven of us bought a Vauxhall Viva for a fiver each off my good friend Pete Burls. We crashed it on the M1 on the way home and all of us were lucky to be alive! I was hurtled through the windscreen! 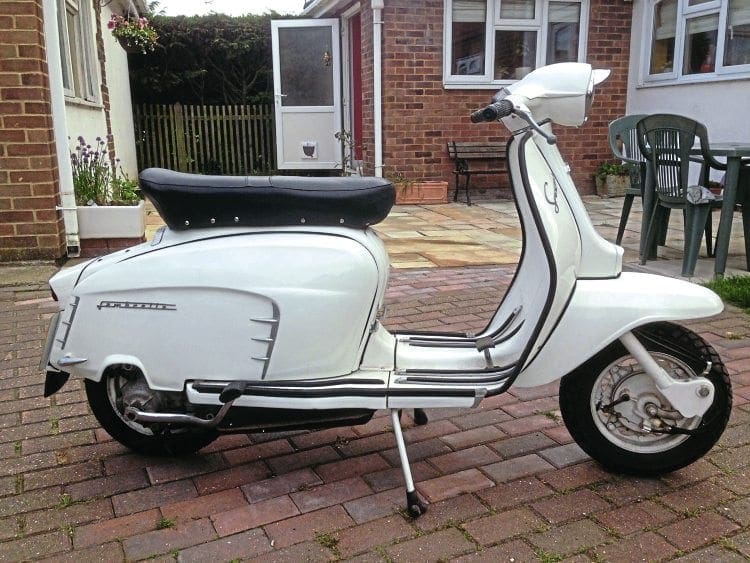 Any stories: Travelling to Bournemouth in about 1982, we stopped to camp down halfway because it was getting very late and pouring with rain. So we parked the scooters in a field. Three of us (Neil, Barry and me) went in Neil’s British Army tent but he had forgotten the tent post, so we basically were lying on the wet ground using the tent as a blanket. The other three (Tim R, Tim D and Heapy) were in a little white Cub Scout tent, but were nice and warm and slept contently. I woke up early and used the rope from our tent to loop it through their tent posts and tied it around the neck of a nearby cow in a field! I thought it would pull the tent over but it managed to drag all three of them in their sleeping bags and the whole tent about 15 yards across the field! I learnt some new words from the three very tired confused and angry lads! 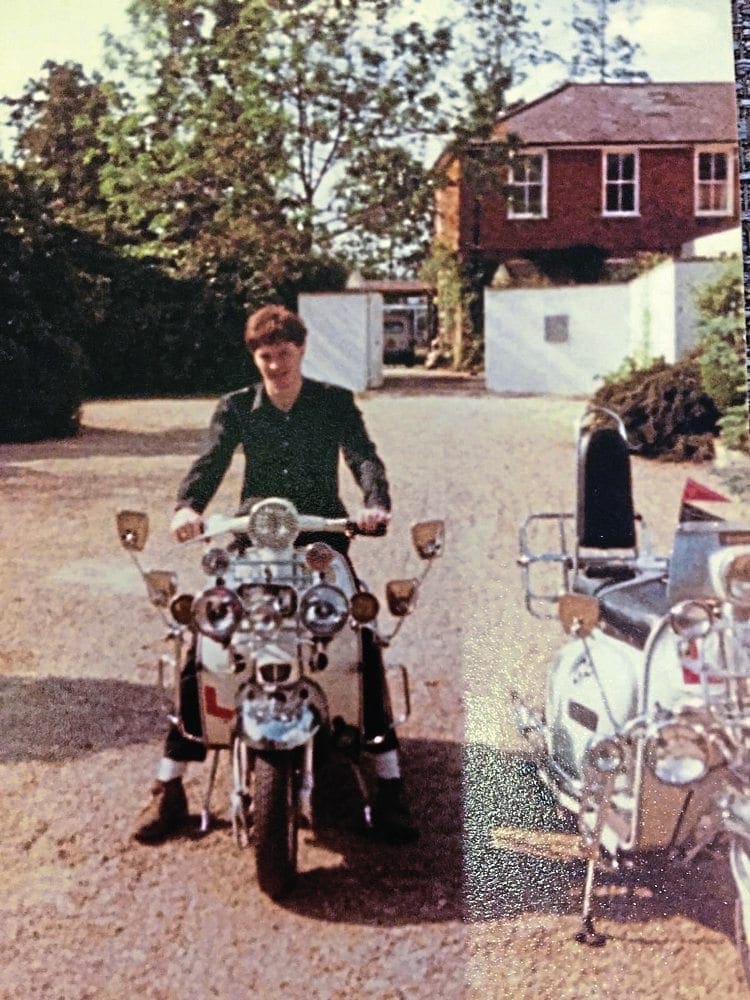 Funniest experience with a scooter: My good friend Pete Burls (RIP) was riding on my old Vespa 90 and where I had worked on the back wheel I had lost the split pin. As he was riding along, the back wheel came off and overtook him as he ground to a halt with sparks coming out of the exhaust. We were singing to him in the pub, “You picked a fine time to leave me loose wheel,” to the tune of Lucille! 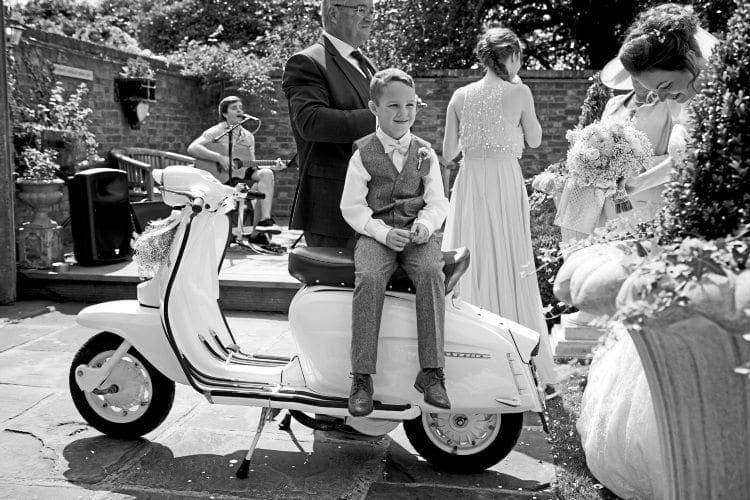 Furthest ridden on a scooter: Scarborough 1982 and back 290 miles each way.

What do you like about rallies/events: The scooters, the music and meeting up with people.

What do you dislike about rallies/events: Bad weather. As a Mod at heart I don’t do getting wet! 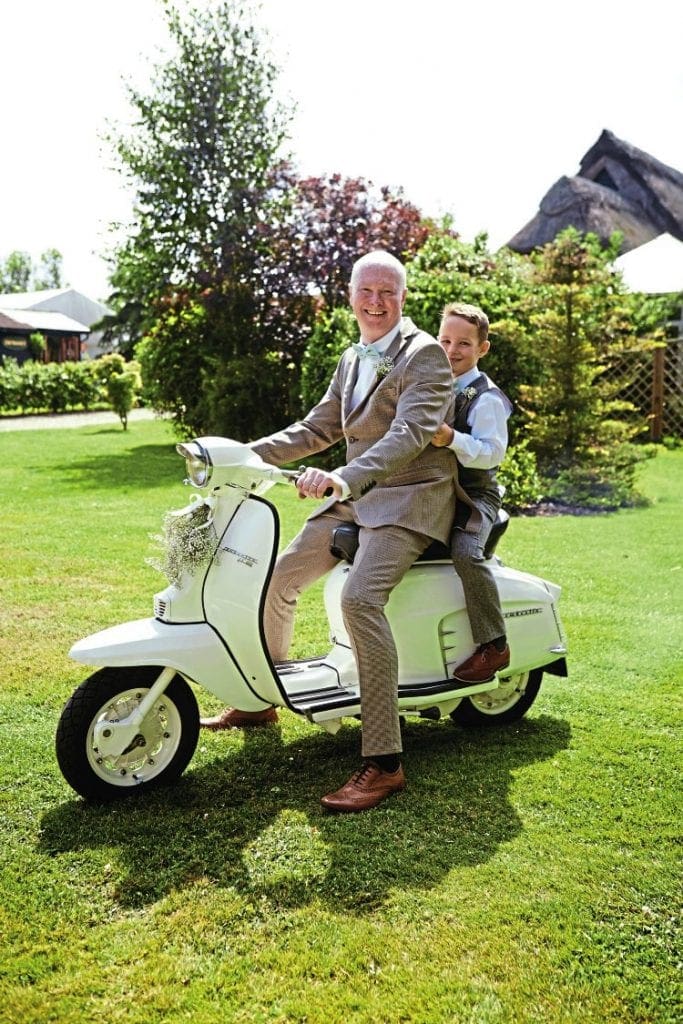 Favourite Scootering feature: I enjoy a lot of the features, but my favourite is your focus on the scooters, the history and the owners.

Favourite custom/featured scooter of all time: I used to like a particular Jet 200 with a leopard skin seat and lots of chrome and literally hundreds of lights and mirrors. It was very tastefully done and was from back in the 80s. Obviously some of the modern customising that people manage nowadays is unbelieveable! 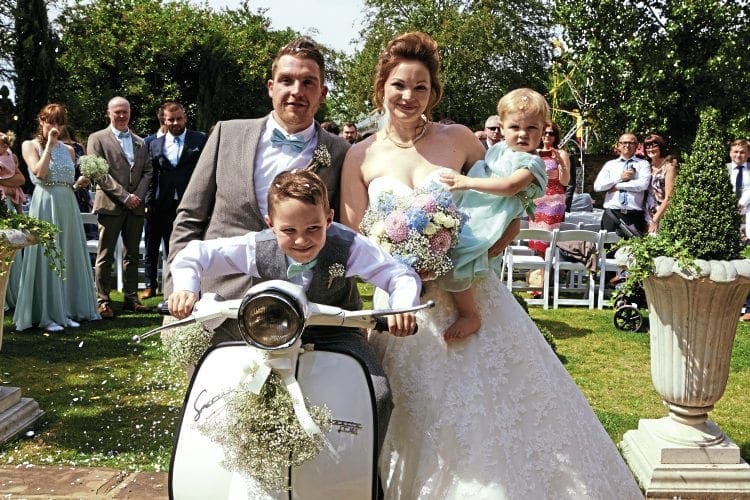