Businesslike. That’s how I’d describe the Faro Basso Sei Giorni replica belonging to Stefan Manoli. No frills, everything is there that needs to be there, and it’s not carrying any unnecessary baggage. Everything about it says that it’s not just for show, but for riding hard.

My kind of scooter… 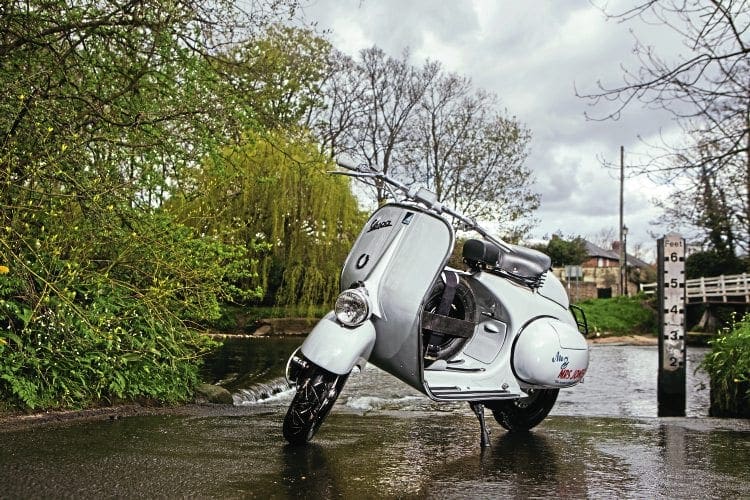 It’s funny… sometimes both the little things that inspire a custom idea and the long road taken to achieve the dream are physical, rather than metaphorical. And so it was with Stefan’s scooter. The idea took root when he pulled onto the site of the Croatian Vespa World Day rally a couple of years back. Near the entrance, a group of three Faro Basso Vespas immediately caught his eye. He’d been looking for inspiration for his next project, one to follow the Lambretta GT and insane Quatrinni-powered smallie, and was immediately smitten by these beautiful examples of Italian design. 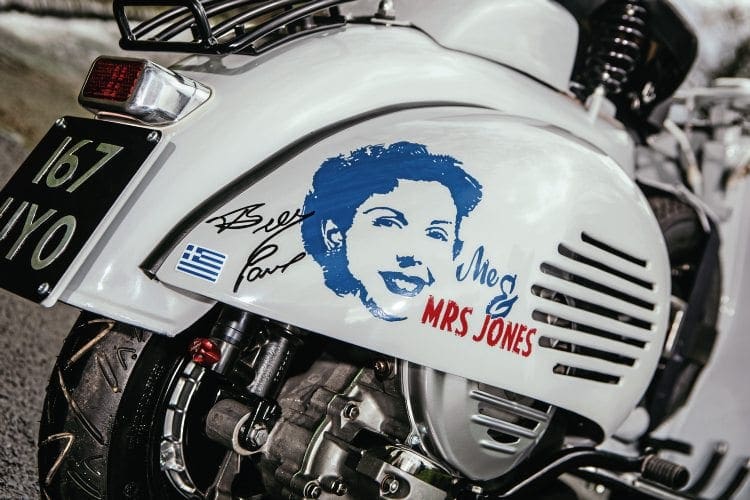 Given that the number of Faro Basso scooters in the UK can pretty much be counted on the fingers of one hand, and that it is a 62-year-old scooter anyway, Stefan knew that it could be a while before he managed to track one down, and as a result he only pursued his idea intermittently while wandering around the World Wide Web. As is the way with these stories, after hunting for one, two came up at about the same time, one in Belgium and one in Denmark. After talking to both owners, he decided that the one in Belgium would be the better option and accordingly paid a £500 deposit on the scooter.

Stef was due to move house the following week, and having sweet-talked his wife into letting him go and get his new toy with a promise he’d be back in time, he set off in his van for Dover to catch the ferry to Calais. He admits not being the world’s greatest navigator, so asked his mate Lee Madox to sort his route out for him, and to let him know where he was going once he hit Calais. I bet you’re all ahead of me by now… This story wouldn’t be worth the telling if there hadn’t been a panicked phone call from Lee as Stef rolled off the ferry, pointing out that the address he’d given him wasn’t in Belgium at all. Oh no. It was in Denmark. He’d promised to buy the wrong one!

Okay, Denmark it was then, better get a wriggle on — got to get back to move house. 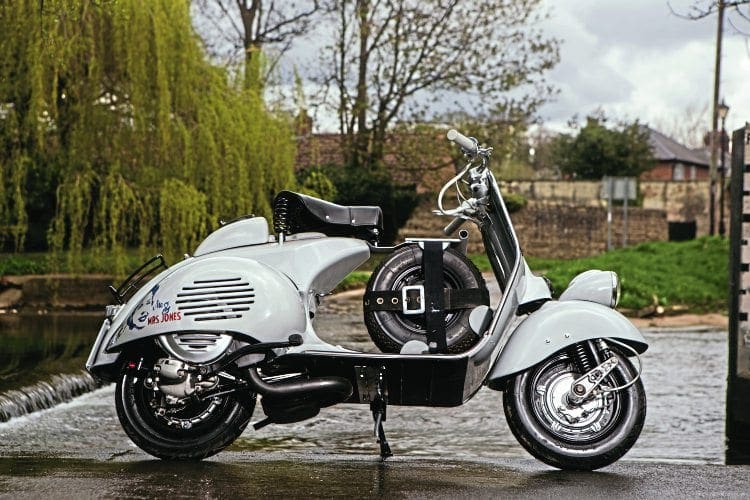 No problem, just have to drive a bit faster! At the time, Stef was working as a locksmith and decided to use his van full of the tools of the trade to transport the scooter. Predictably, customs decided to have a look in the back, leading to him missing his ferry as, to be fair, it probably did look a bit suspicious. Remember how I said he wasn’t very good at navigation? He then got lost on the loading area of the docks, leading to him missing the next one too! Eventually he found himself on the right side of the water and heading north. Having to sleep in the van wasn’t a problem, and a quick call to the owner to check on the best route, suggested that he should take a second ferry. Unsurprisingly, this didn’t go to plan either. The ferry was backed up with traffic, costing him yet more time. 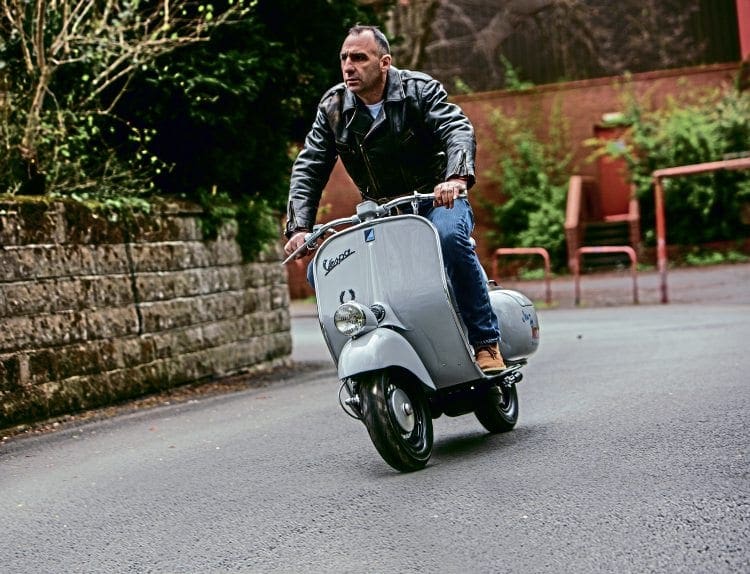 He finally arrived at the seller’s house and a quick look at the scooter satisfied him that he was getting a good deal — which was helpful, as it was a bit late to be turning back now! So a quick sandwich and a handshake saw him back on his way home. Sleeping on the front bench seat of the van wasn’t the most comfortable way to spend the night, but he eventually got home JUST in time to complete the house move, although a speeding ticket he’d picked up on the way beat him home!

With that adventure behind him, you’d think he’d be keen to crack on, but moving house takes up a lot of time and the scooter was put to one side for six or seven months, while thoughts and ideas of where to go with it were shuffled around inside his head. Eventually the idea of a six day racer was settled on, but powered by a mildly tuned T5 motor.

Appropriately enough, reliability was to be the main requirement, and so a combination of a top end from Malossi, crank from BGM, combined with a SIP Road Race pipe and Pinasco standard type carb gave a nice road engine that echoes the original use of the style of scooter that it’s based on. 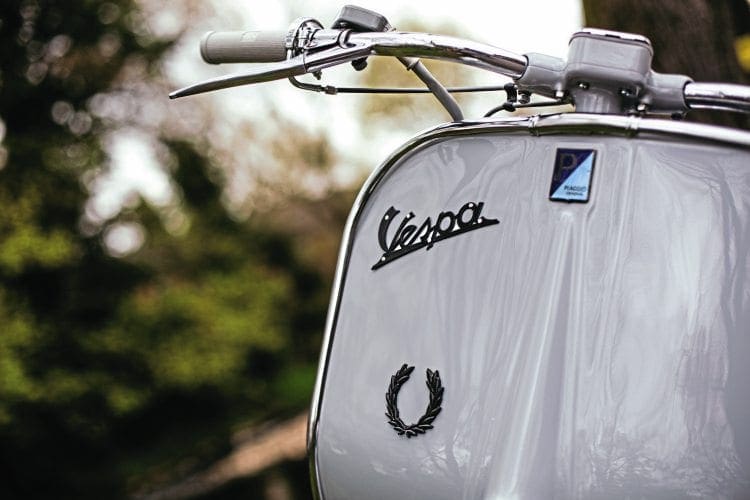 Where this scooter scores aces for me though is in the styling. Unusually, the eye is drawn first to the humped tank at the rear first, a clue to the machine’s use. The utilitarian shade of paint applied by Kris Green at Mental Engineering belies the performance enhancements. But it’s not just been thrown on, although the design seems quite plain, there was a lot of work involved in getting the mural and lettering to work as to not distract from the style of the scooter while still giving it a unique identity. Something that I think has worked well. 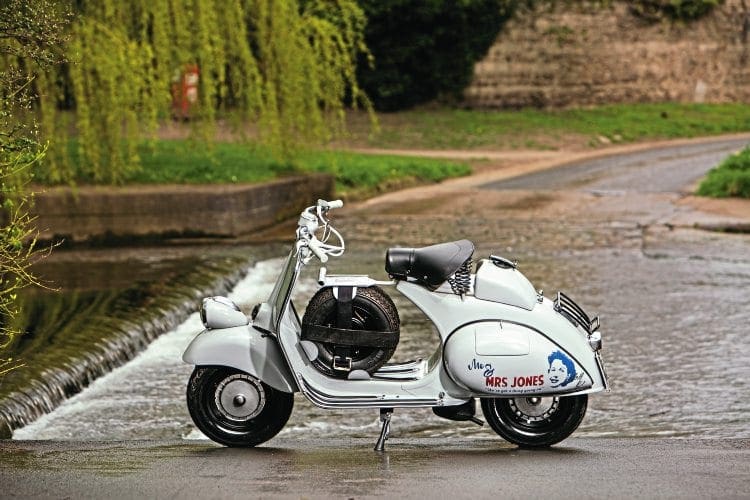 As for the scooter styling itself, there’s something about the twin spare wheel carrier (which, along with the long range tank, came from the talented hands of Matteo Gallini) slotted behind the legshields which says ‘don’t mess with me’, while the bare handlebars — although standard — suggest a sporting pedigree. Ten inch wheels may not be everyone’s taste, but they were an original modification offered on the Sei Giorni, although obviously uprated at the rear.

All that’s left now is the name. Stefan has long loved the classic soul-jazz 1972 single by Billy Paul, and at the time it felt as indeed he ‘had a thing going on’ with the scooter that was being slowly assembled. It’s also probably worth mentioning that it’s also his wife’s maiden name, and so all in all, it seemed an appropriate choice for the scooter to have. 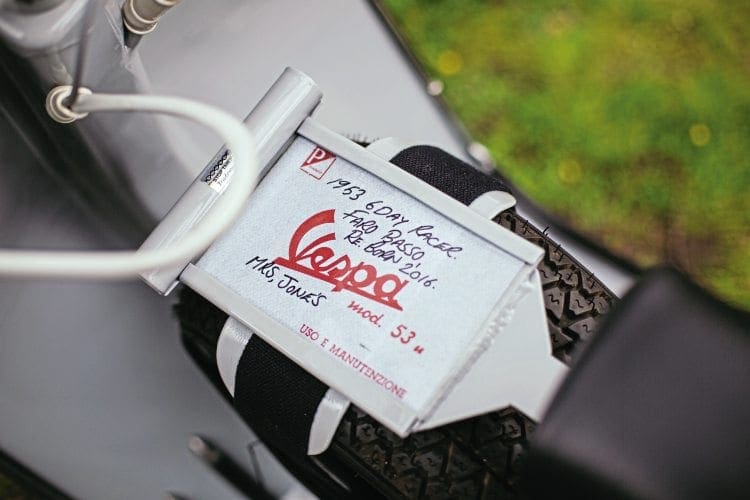 All that remains is to thank a few people who helped, either directly or unwittingly. Mark Robinson at RS Italia, Andrew Lyn, David ‘Dunlop’ Bristow, Paul Arden and Phil Appleyard all helped to overcome problems along the way, and a huge shout of appreciation must go out to the internet forum user known only as GS Gaz, for the information on mounting a late engine into an early chassis, anyone who’s done this knows that it’s not as simple as it seems! 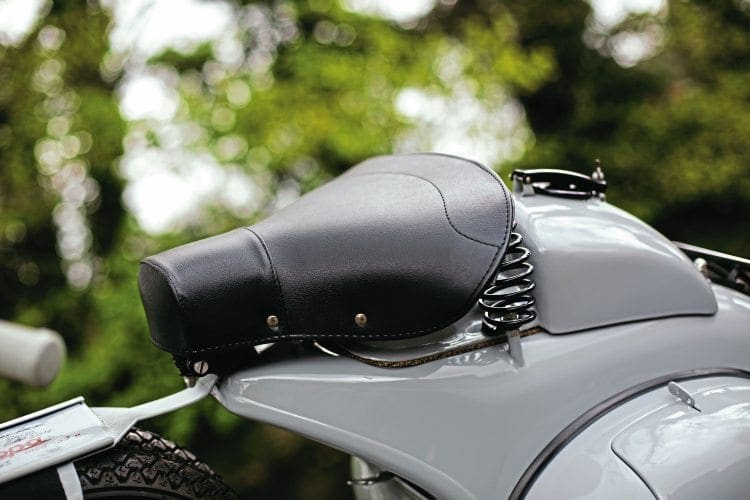 As this article was going to press, the news came through about singer Billy Paul’s death. Born in Philadelphia, Billy was encouraged in his musical ambitions by his mother, a jazz record collector. This early exposure shaped his tastes, and he received training at a couple of respected music schools which played a large part in his later success. A move to New York and a recording contract with Jubilee saw a couple of unsuccessful releases before the Army came-a-calling and he was drafted. After his discharge, he resumed his career, moving from label to label in search of a hit.

When Billy returned to Philly, he was introduced to Kenny Gamble who wanted to launch a label, and so a studio recreation of his live act — Feelin’ Good At The Cadillac Club — was an early release for Gamble Records, but again failed to impress the record buying public. His follow up album — Ebony Woman —finally gave him a hit. Reaching number 12 in the Billboard charts, it was the launch-pad for his career.

Leon Hutt had joined Gamble by this point, and when they launched the Philadelphia International Records label, brought Paul on-board. His first release did reasonably well, but it was the follow up — 360 Degrees of Billy Paul — and the single from it — Me And Mrs Jones — which saw him achieve the success that his unique sound deserved.

This was to be the high point of his career. Although the rest of his albums did reasonably well, there was no repeat of the magic, and he will forever be remembered for the glorious jazz-soul of his one truly huge worldwide 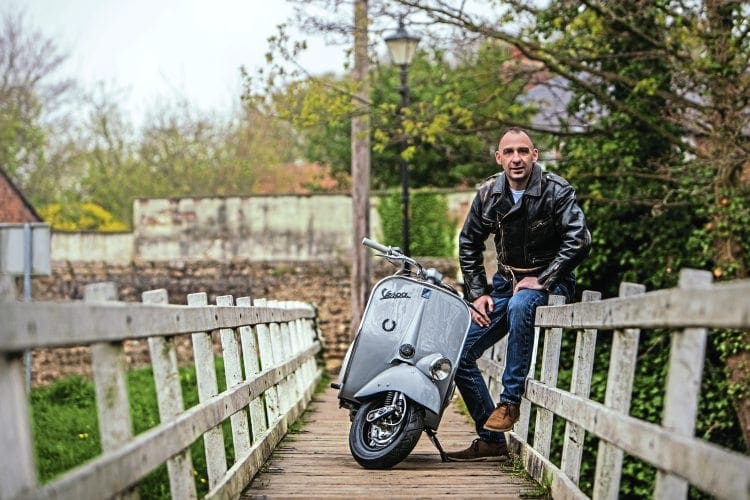