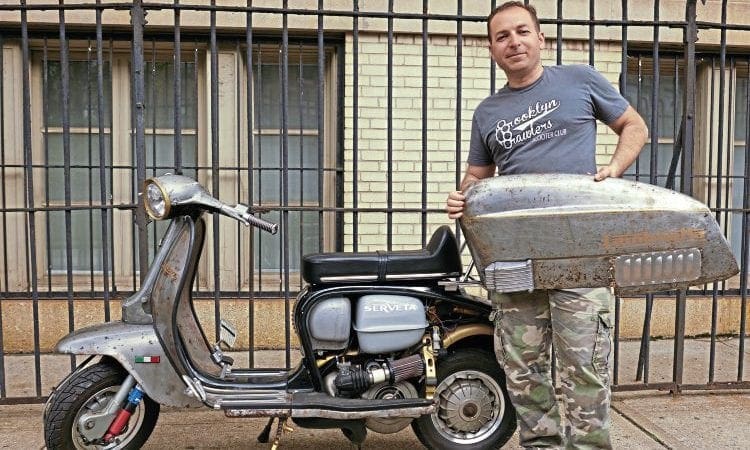 Luca Luck lived up to his name by finding a scooter he’d been tragically separated from for almost 20 years. He tells the story…

In 1990 I was living in Florida, looking through Trader magazine and saw a Jet 200 for $350. I waited all day for my father to get home to show him. That was a lot of money for us at the time, but my dad made it happen. We jumped in his van and headed down to Miami to get my girl. She was running perfectly and I had cash on me, all $265 of it. The old guy and his son discussed it in Spanish and finally said, ‘OK’. We brought her back to my father’s house in Pompano Beach, Florida. There she stayed until 1996 when my father suddenly passed away. My life really took a turn for the worst, the house was foreclosed on and I moved to New York. Here I depended on friends and family to put a roof over my head. Even with all the house jumping and confusion there were two things I made sure not to lose: my passport and my Lambretta title. 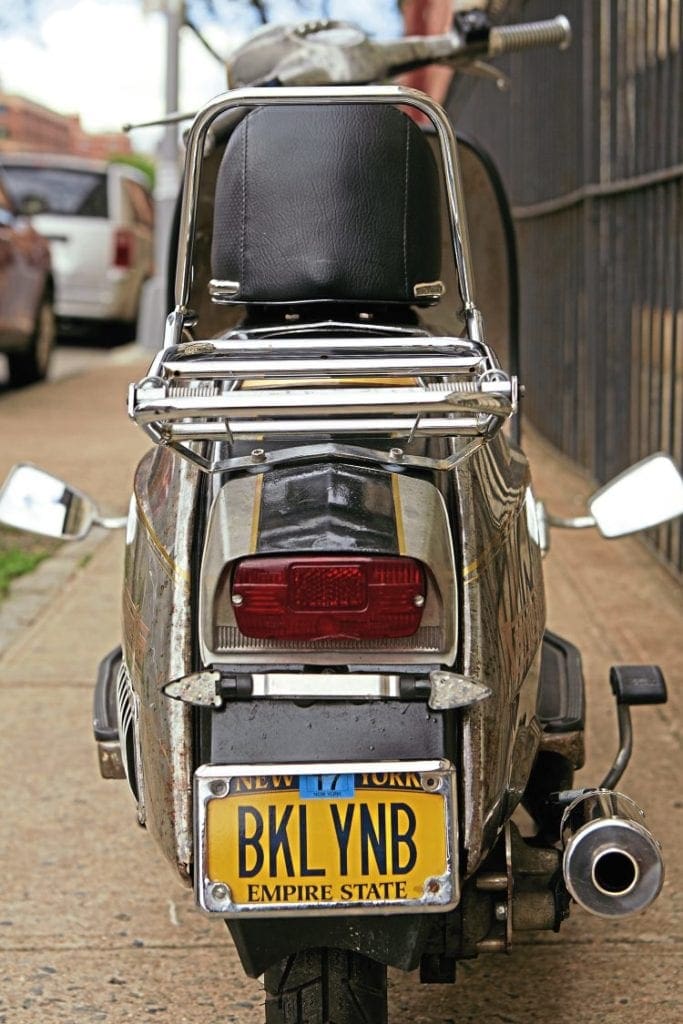 Fast forward 18 years, things had turned around and I posted some photos on Facebook of my Stella 177cc Pinasco. An old friend from Florida days asked if I remembered the old Jet 200, and I told him I still had the title. It turned out that when we lost the house a friend of mine named Kenny, was given my Lambretta and that it had been in his backyard all these years. I spoke to Kenny and immediately flew to South Florida for her. 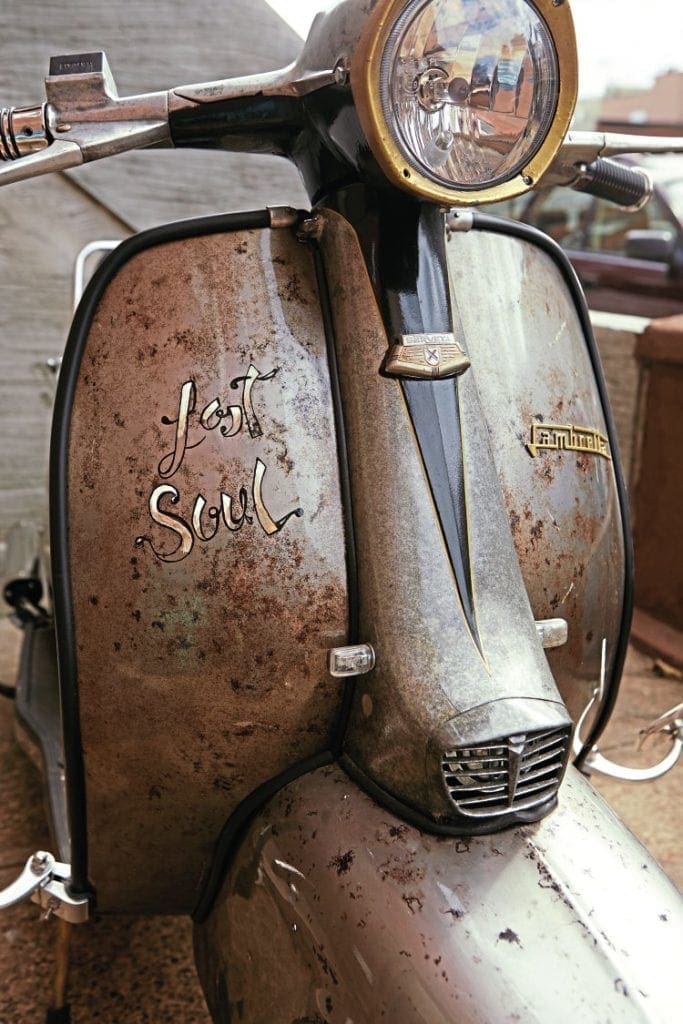 It took about two years to strip her down to bare metal and get her back on the road. I did most of the work, but also got some help from club members. Tony Daynes finished the job by getting her to run correctly. 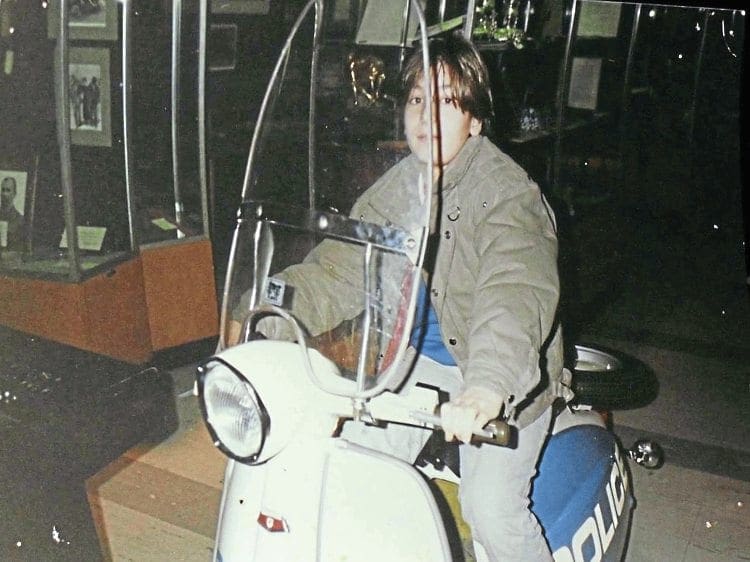 Does she run? Yes. Is she finished? No. But I don’t think she will ever be ‘finished’. I still have so many ideas for her but for now, here she is, my ‘Lost Soul’. She’s tough and powerful, the only way I like my girls!

Favourite story: My dad grew up in Palermo, Sicily, and he modified a 65cc Motoguzzi. When his bike was stolen, the local boss told my grandfather, “Your son’s bike will be returned by the morning.” Sure enough, there it was, and no one dared touch it again after that!

Thanks to: Adrianna Favero for the photographs. Tony Daynes, Mark Broadhurst, Al Harpham, Robert May and Kenny Perez.