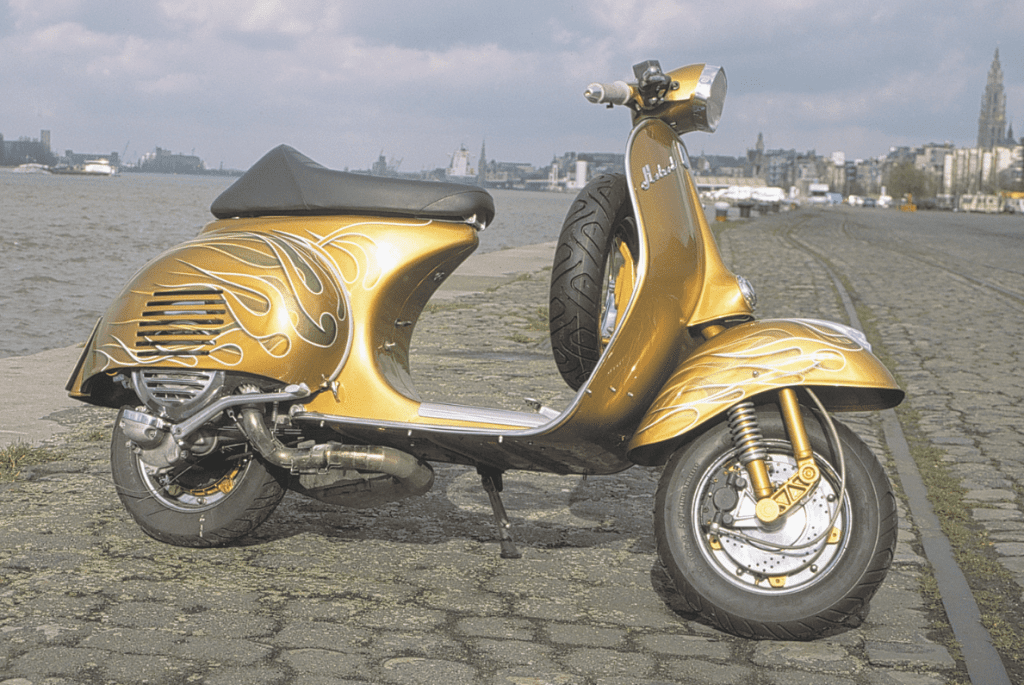 Step into the Scootering time machine, back to July 2007, and cast your eye over this lovely Vespa we featured…

I like subtle, and I like subtle touches. Granted that’s maybe not the best way to describe myself I (or some of my scoots), but it’s not me or mine under the spotlight here, it’s Geert and his classic Vespa. 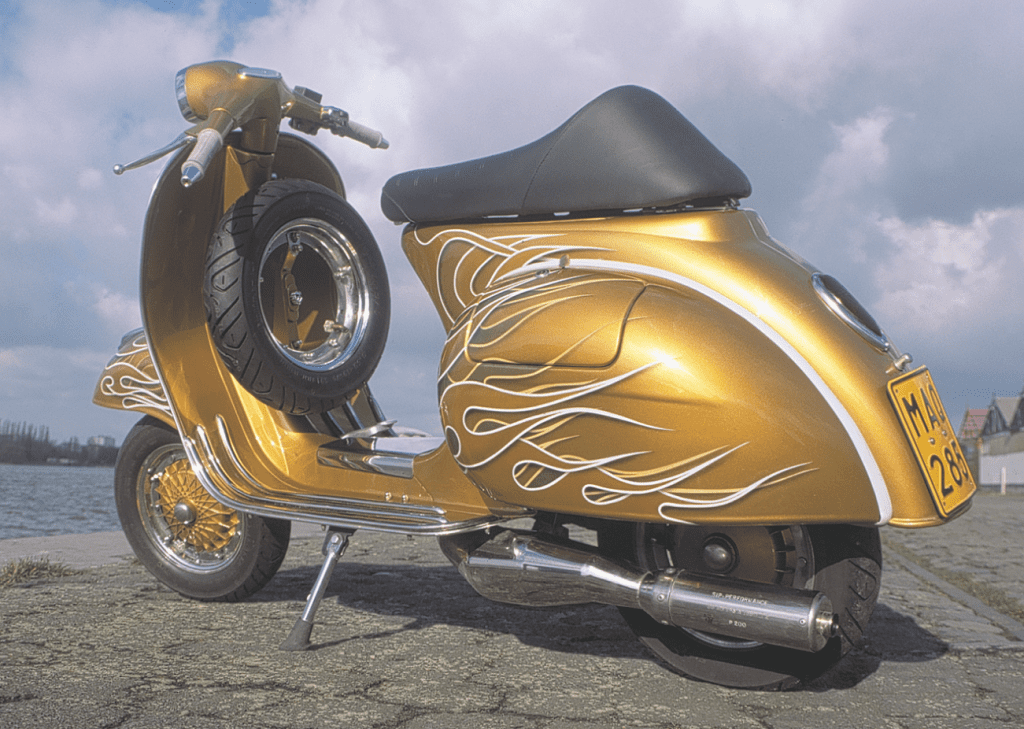 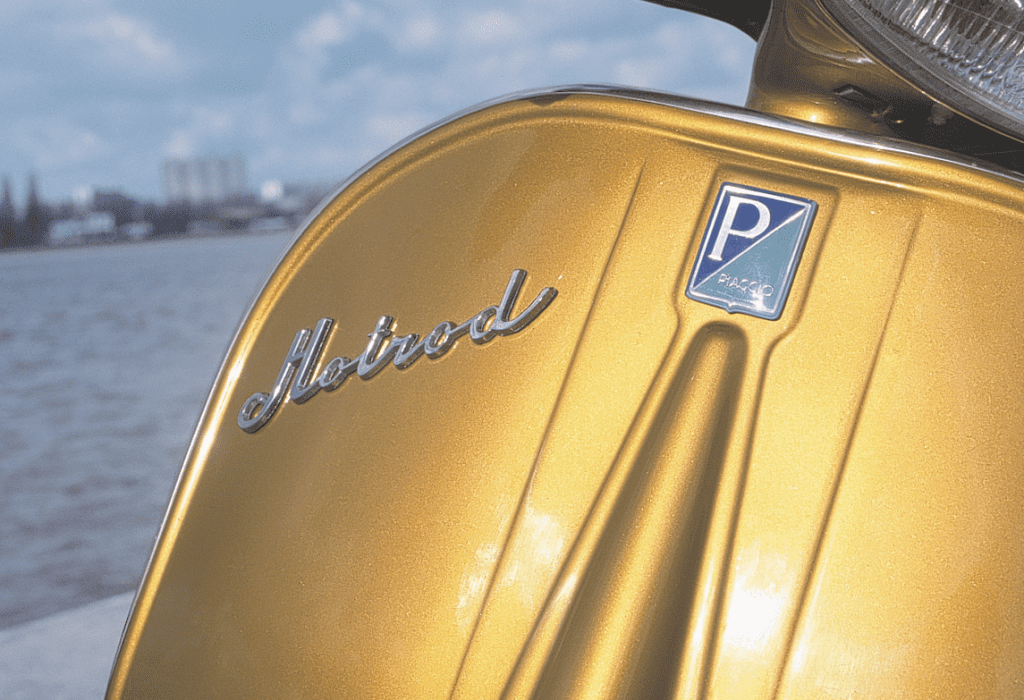 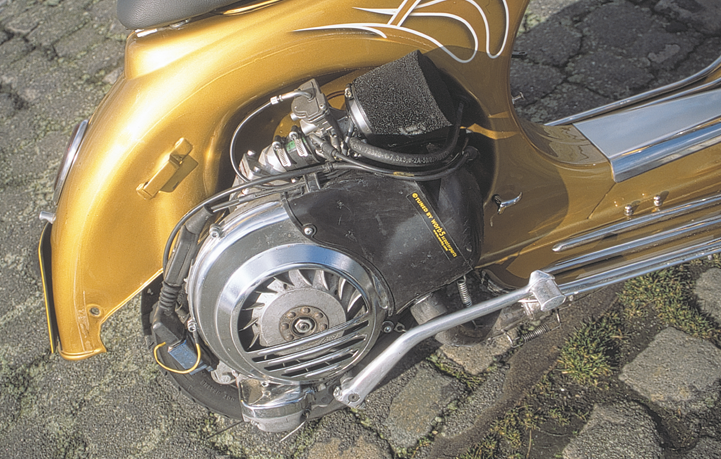 First interest in scooters: Age 15, a friend’s older brother had a Vespa PK50, I wanted something like that too when I was old enough

First rally: Blankenberge ’94, I got there by bicycle since I didn’t have a scooter yet! Favourite rally: Mormoiron (south of France)

How could the scooter scene improve: Make it easier for ‘young blood’ to fit in. Not being narrow minded about clothing, music, etc

Funniest scootering experience: When going to EuroVespa in France we didn’t find a place to sleep on the way so we rolled out our sleeping bags on the steps of the church in a small village. The next morning we had coffee with the local vicar!

The farthest you’ve ever ridden on a scooter: From a rally in Marl, Germany to another one in Mormoiron South of France, about 1800km

What features do you like in Scootering magazine: Articles about long journeys on a scooter 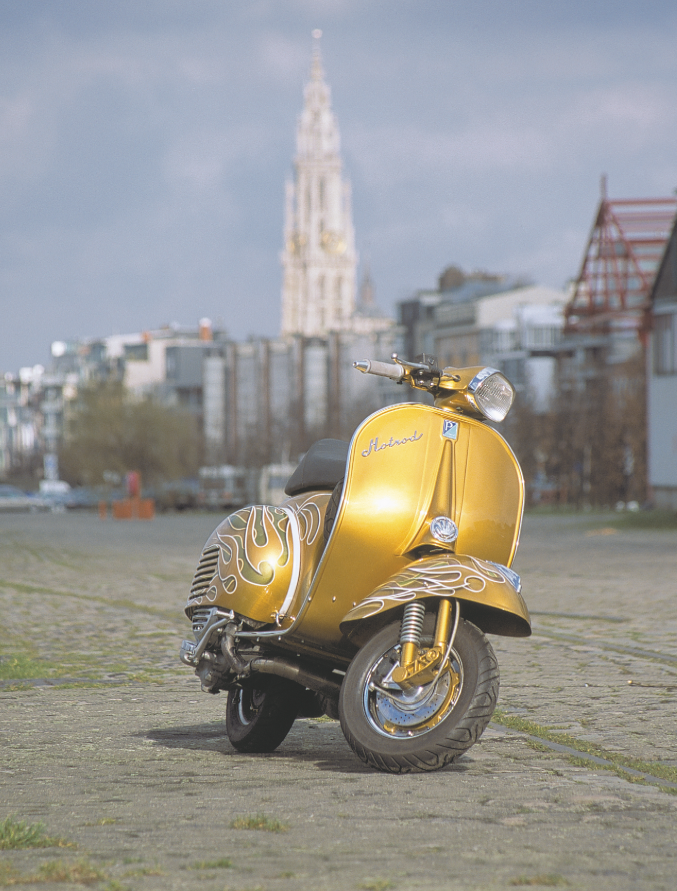 Time to build: About two years, rebuild by owner, engine built by Worb 5    .

Performance: 142kph, 24ps according the dyno

Is the scooter reliable: More or less yes

Hardest part of the project: Making it all fit

Advice for anyone starting a project: Do a dry build to the last bolt to see if it all fits before you even think about the paintjob. After building it, ride it, don’t hide it

Anything you would like to be different: Some flames stitched on the seat

Thanks: Danny at Scootermarket; Denis for the handlebars; Jan and Joost for their support; Flying Fox Tuning Center and Kristel for letting me spend too much money and time on it!