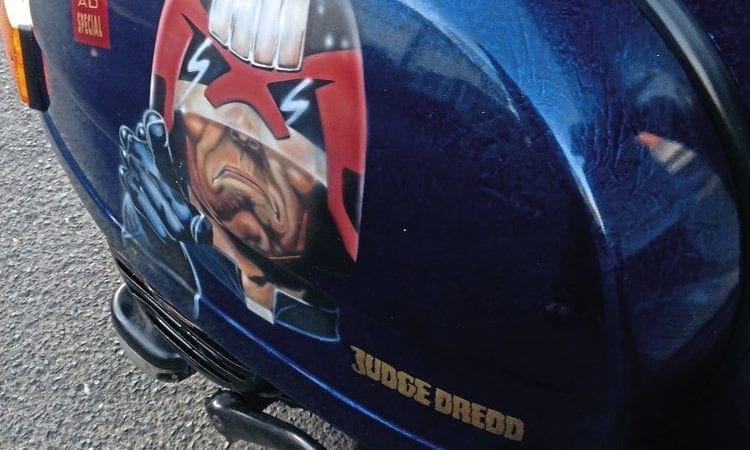 Some scooters are noted for being way ahead of their time. In that respect, Lairdy’s 2000AD paintjob fits that description in more ways than one… 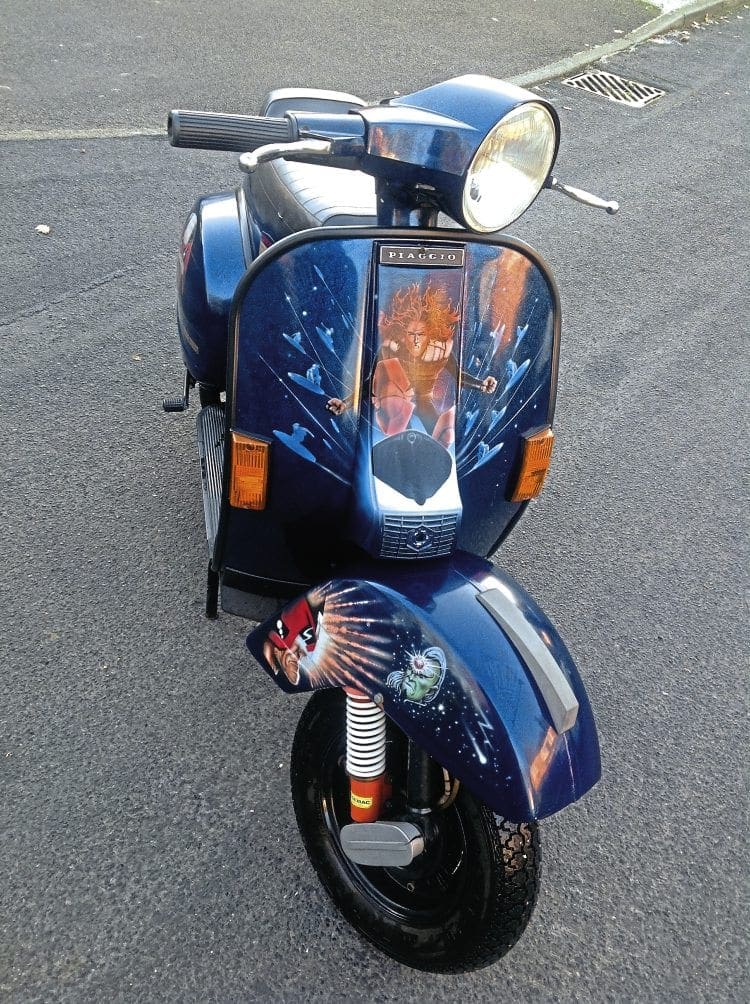 Welcome to this month’s nostalgic look back at the custom scooters of back yesteryear. This issue’s offering was originally customised with a 2000AD theme way back in good-old 1984, and has stayed with its owner Martyn ever since. At the lime (1984) the subject year in question (2000AD) was just a far off date in the futuristic horizon… mobile phones were not commercially available (the first UK mobile phone call was made in a year later in 1985) tablets were something you got from a chemist, and the thought that Donald Trump would be the next US president was even more comical than it is now! 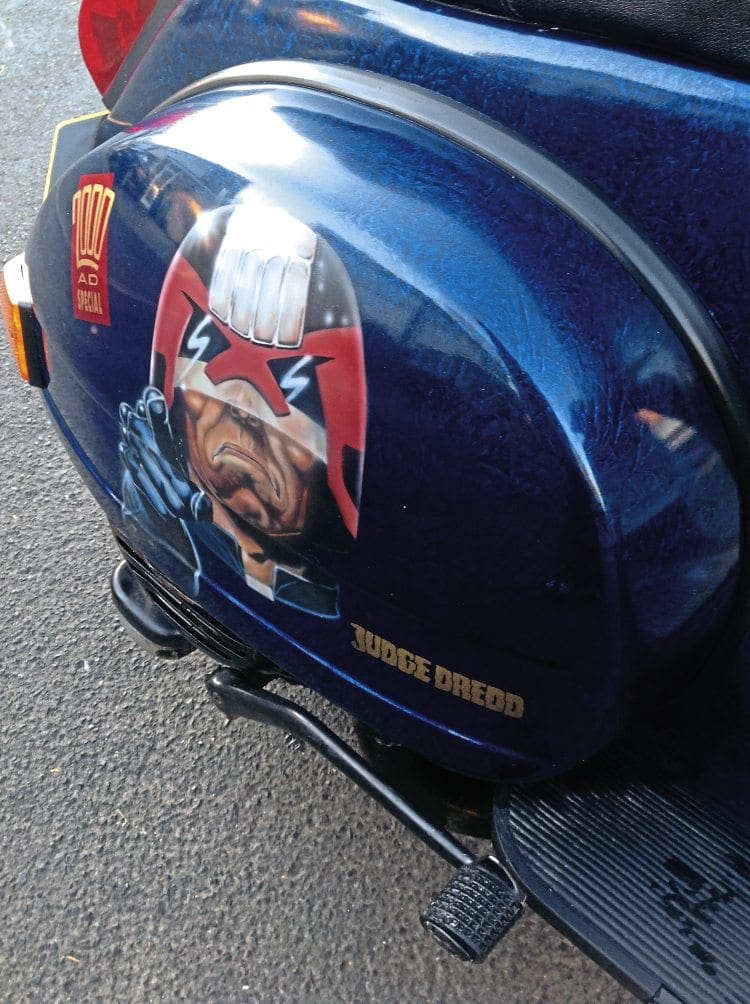 Even the futuristic scenario portrayed in the base comic was pure fantasy, a world of anti-authoritarian violence with both powerful villains and law keepers alike, funny how fiction mirrors real life eventually! The magazine 2000AD, self-publicised as the ‘best in the galaxy’ (it was until Scootering came out in ’85) first hit the shelves in 1977 and featured characters such as Strontium Dog, ABC Warriors, Rogue Trooper and of course the impressive Judge Dredd! Martyn’s scooter was one of a batch that came out of the S&H Scooter Shop around that time, and although he no longer actively attends rallies, he says 2000AD has become part of the family. So here you are ‘earthlets’ another look back to the future at a now 33-year-old custom classic. 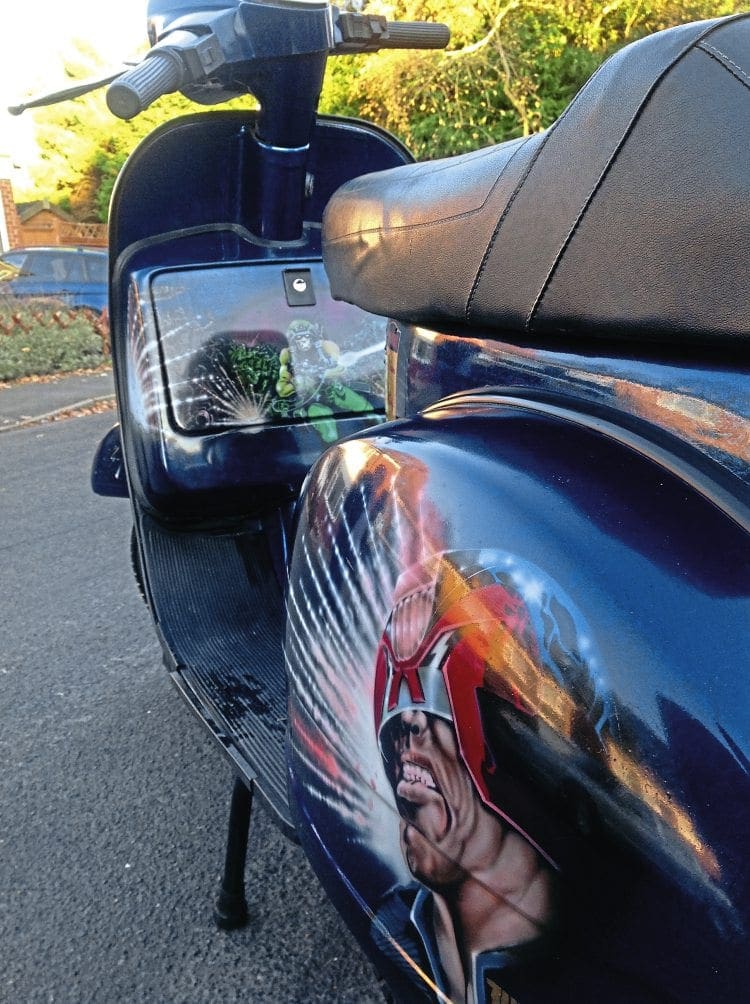 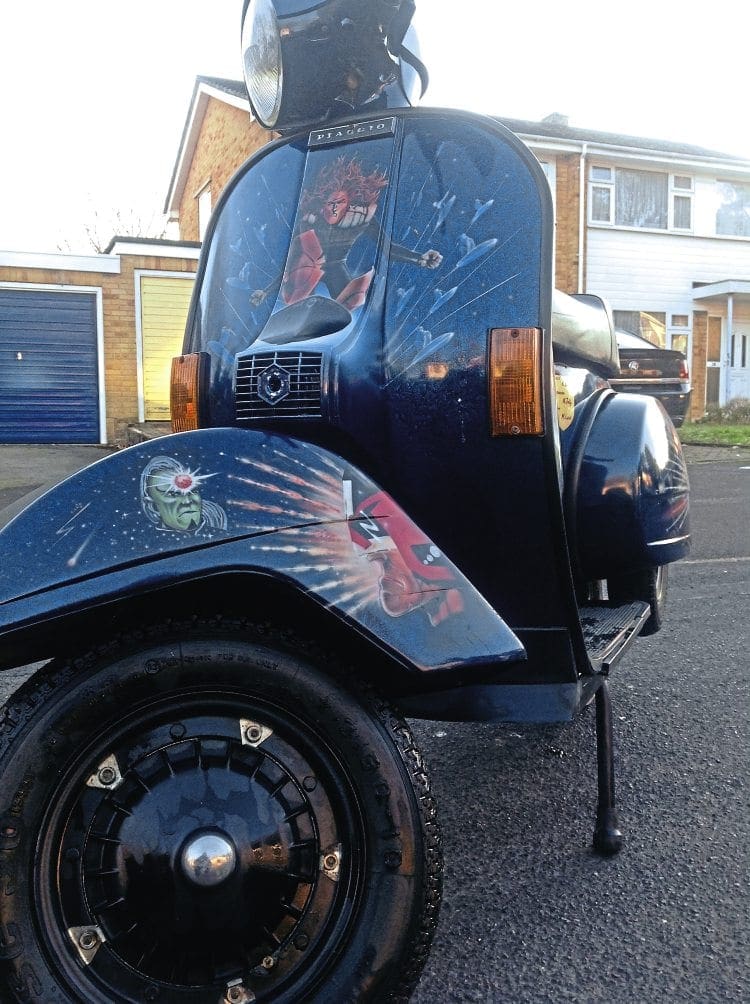 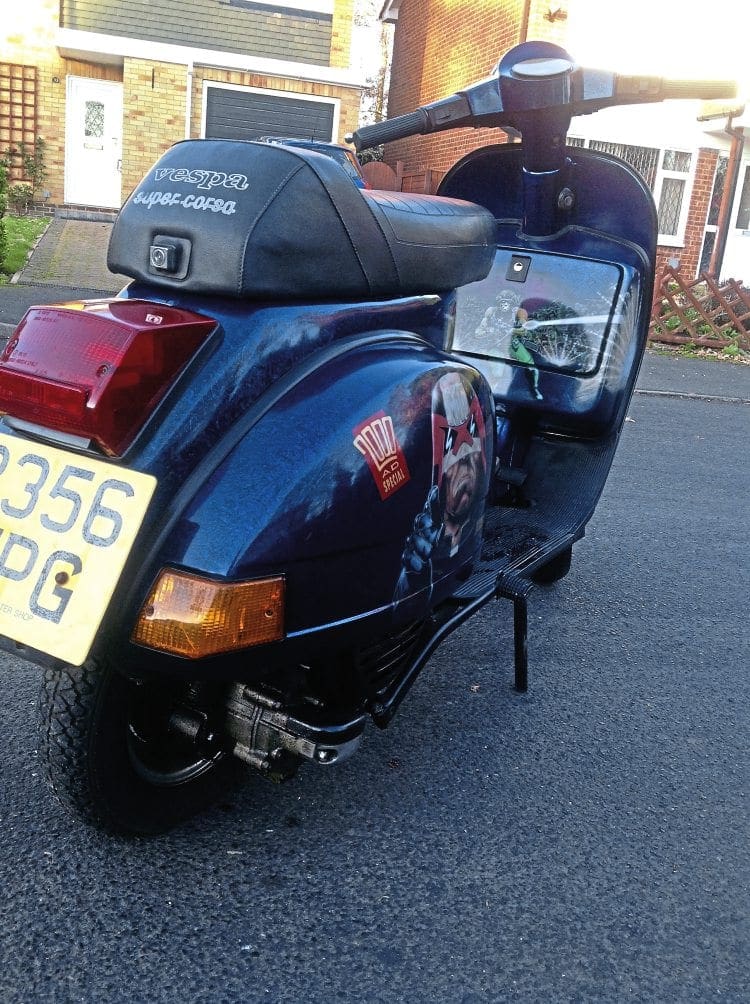 Do you still attend rallies, if not why: No, not since mid-90s due to family, health (double organ transplant) and work! Still regularly meet up with J13 club and associates though. 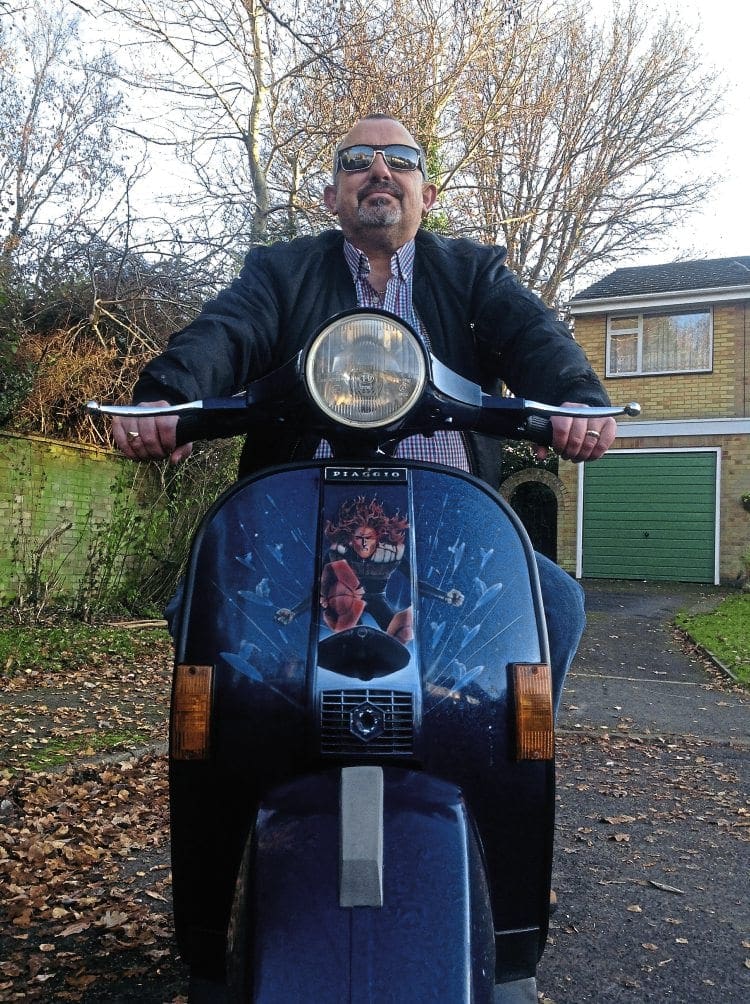 Funny story at rally 1980-1990: The first rally after this scooter appeared in Scootering magazine was Bridlington. In the write-up I boasted how reliable it was, how silly did I look when it wouldn’t start for the return journey on the Sunday morning!