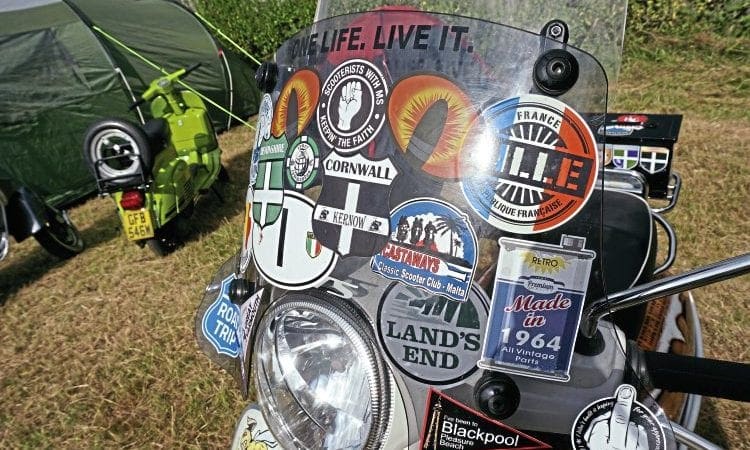 It’s not the cards we’re dealt, it’s how we play them — and Steve Gray is living proof that a positive attitude goes a long way.

A few years ago Steve had all the trappings of success but that all changed following a routine visit to the doctor. Diagnosed with an aggressive form of cancer, he was admitted to hospital almost immediately and remained there for several months undergoing lifesaving treatment. It was an experience that changed his life in many ways. “I got my head around my cancer fairly quickly,” he explained ”but I couldn’t understand why it was attacking children and seeing them suffer on the ward was heartbreaking.” Once discharged, Steve resolved to do what he could and rode with three friends on Lambrettas to Milan, raising over £13,000 for the Teenage Cancer Trust.

Unfortunately over the course of his treatment Steve’s marriage broke down, a stressful experience that left him feeling uncharacteristically listless. Another trip to the doctor and another diagnosis but this time it was multiple sclerosis. This catalogue of experiences would have seen many throw in the towel but not Steve. “What really annoyed me was that the first thing MS took was the strength in my wrists,” he said. “I love my Lambrettas but riding them is impossible. Someone recommended the GTS and after taking one for a test ride I’ve never looked back.”

Multiple Sclerosis (MS) is a degenerative disease and although no-one can foresee what the future holds for Steve it’s fair to say that his riding days are numbered. “I’m determined to get in every mile I can,” he laughs and the GTS reflects that aspiration. “I wanted the look of an old atlas, adding stickers from my travels like one of those old suitcases.” For paint he chose Jay Dawson, whose background in the aviation industry is reflected in the quality of application and attention to detail.

It’s unlikely you’ll see Steve at many rallies but there’s every chance you’ll see him criss-crossing the UK, adding to his tally of places visited stickers and clocking up galactic mileage on his GTS.

My wife went to the local ‘posh school’ (how she ended up with me is a mystery) whose motto was ‘Carpe Diem’ or ‘Seize the Day’. It’s always struck me as an appropriate rallying cry for scooterists everywhere. After all, none of us know how many riding days we’ve got left; all we can do is follow Steve’s example and make the most of every single one.

Owner: Steve Gray
Club: None.
Scooter: Vespa GTS300ie.
Name: I Can Ride For Miles (more than a passing nod to The Who’s track).
Paint: Jay Dawson.
First interest in scooters: As a teenager.
Amusing story: I was a Mod at school and was always sharply dressed. I was called in to see the headmaster as my suits didn’t conform to the ‘trousers and jumper’ dress code. I told him to stop being ridiculous as my appearance was something everyone at the school should aspire to, including the staff. He left me alone after that!