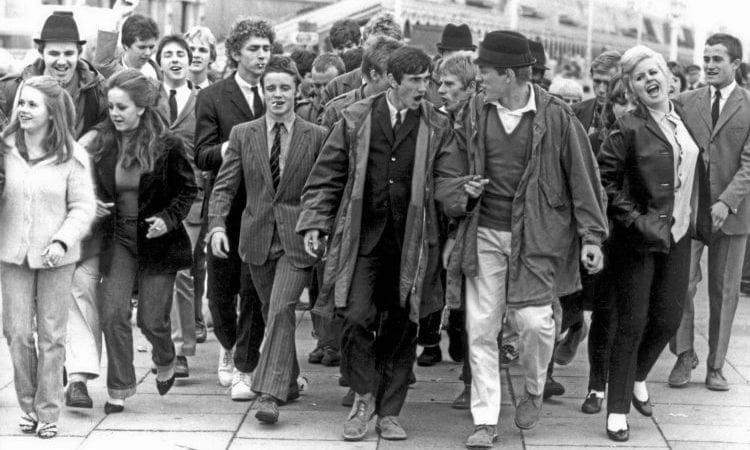 Love it or loathe it the film Quadrophenia helped shape a generation of scooterists, and for some the Mod passion never died. Simon Wells takes a look at the latest film offerings which now stem from the original. 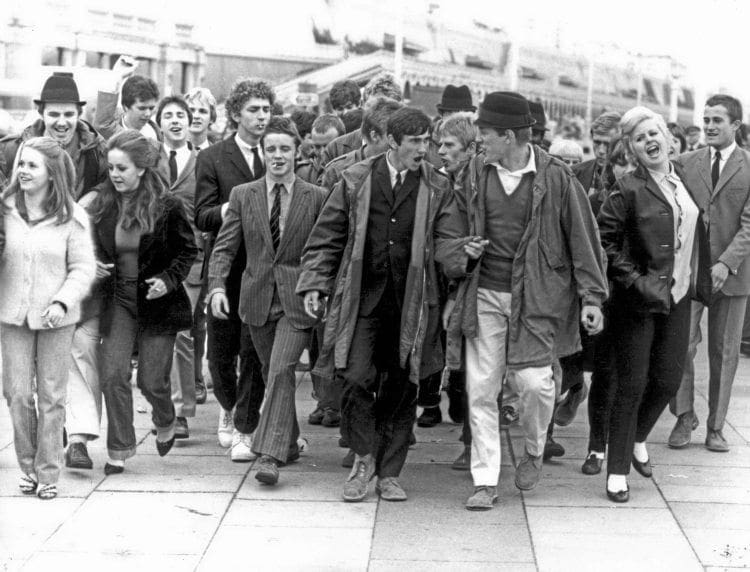 Nonetheless, despite this healthy representation across the media, cinema has largely shied away from preserving the Mod lifestyle on film. While no one had the good sense to dramatise the action during the 1960s, few have dared to explore the culture on celluloid since.

Nonetheless, it’s undeniable that the film version of Quadrophenia remains Mod’s most enduring artefact. Fast approaching its 40th anniversary, the picture is still a template for many in measuring their devotion to the Mod lifestyle. In cyberspace Quadrophenia’s presence is considerable, with fans littering social media with fevered and encyclopaedic debate over its merits. Elsewhere books, outdoor screenings and walking tours of the locations prove immensely popular to the film’s devotees.

Earlier this year, a screening at London’s Hammersmith Apollo (née Odeon) took place. With members of the original cast and crew present, the event was a sell-out with over 3000 punters paying upwards of £40 for a ticket. While those intimately involved with the film appear bemused at the collective adoration shone in their direction, it’s evident that Quadrophenia has become something of a national treasure. 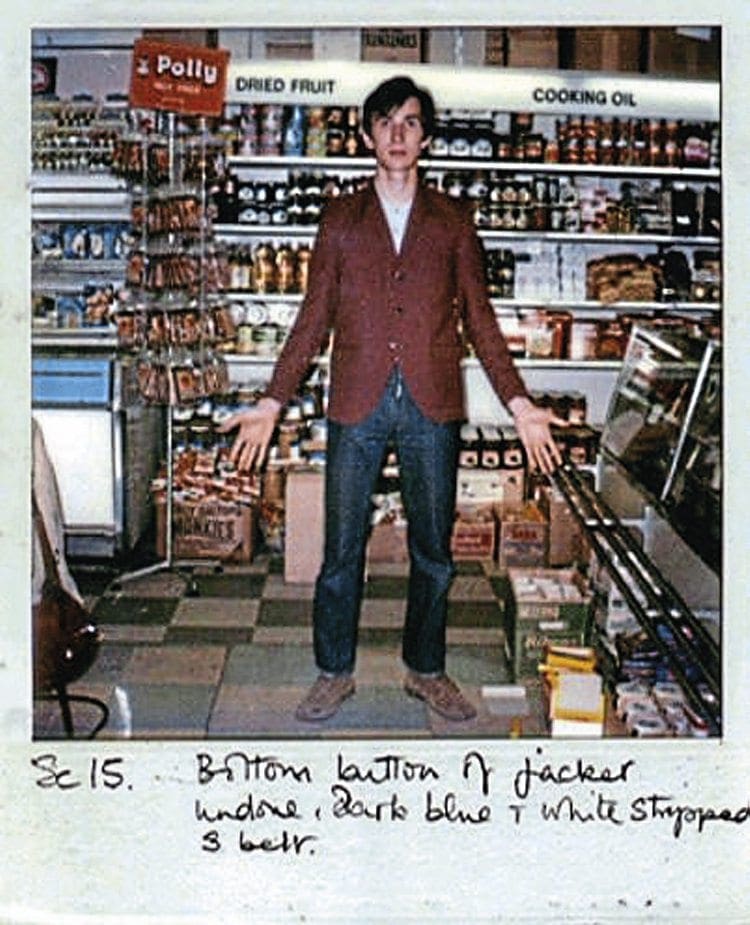 Nonetheless, the fate of ‘Jimmy’ and his cohorts following the film’s spectacular end has been the source of fevered speculation over the years. While the nebulous finale satisfied everyone at the helm of the production, many in Quadrophenia’s fan base have speculated on what happened after that momentous finale atop Beachy Head.

Pete Townshend had his own say on the possibility of life after ‘Jimmy’ in his short film White City. Made in 1985, the picture made an oblique stab at projecting where ‘Jimmy’ might be in his thirties. While Townshend’s movie had none of the glow attached to Quadrophenia, it did offer an intriguing, if somewhat depressing, glimpse of a post-Mod lifestyle.

Predictably, Quadrophenia’s iconic status meant that no one in either cast or crew was in a hurry to revisit the story-line. Given that the movie’s lead, Phil Daniels, occupied virtually every frame of the film, he swiftly removed himself from any connection with Quadrophenia, fearful of being imprisoned as ‘Jimmy’ for life.

Nonetheless, voices calling for a sequel to Quadrophenia have been far from quiet over the years. While potential ideas suggesting that ‘Jimmy’ had embarked on the Hippie trail or had followed a career in advertising were evidently shelved, it was apparent that those close to The Who were receptive to an imaginative extension to the film. 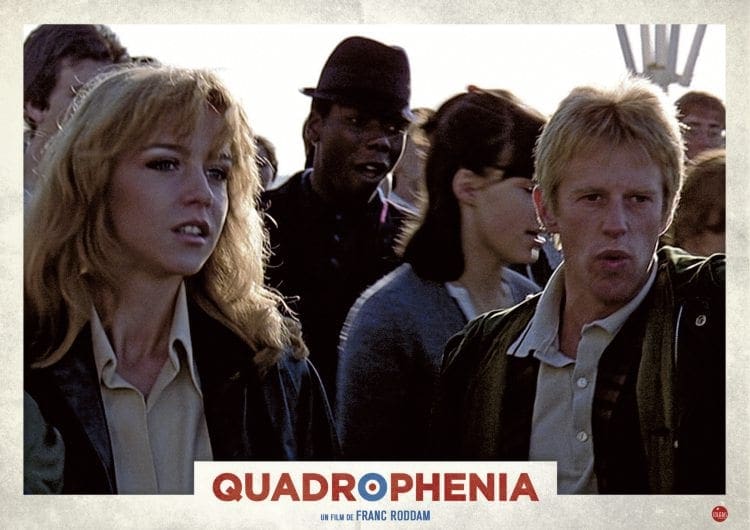 In 1988 Won’t Get Fooled Again, a script co-written by Quadrophenia’s producer Roy Baird, was completed at the request of The Who’s management. Set 10 years after the timescale of the original film, there was talk that the cast would reassume their roles. For whatever reasons, the film didn’t advance beyond script stage, although this did little to neuter discussion on a possible sequel.

Nonetheless in 2011, over 30 years since Quadrophenia’s initial release, it was announced that the long awaited sequel was in pre-production. Written by original screenwriter Martin Stellman, a new slant to the Quadrophenia saga was being lined up. With ex-Skids front-man turned director, Richard Jobson set to direct, the few nuggets that escaped suggested that the story would follow on from ‘Jimmy’s’ cliff-top retreat, ultimately seeing him enter into rock band management. While there was considerable excitement at the news, not all voices were in harmony with the proposal. “Would I prefer there not to be a sequel? Probably,” said Quadrophenia director Franc Roddam. “It breaks away from the authenticity. I’m not a great sequel kind of guy. It’s a bit of commercialism isn’t it?” 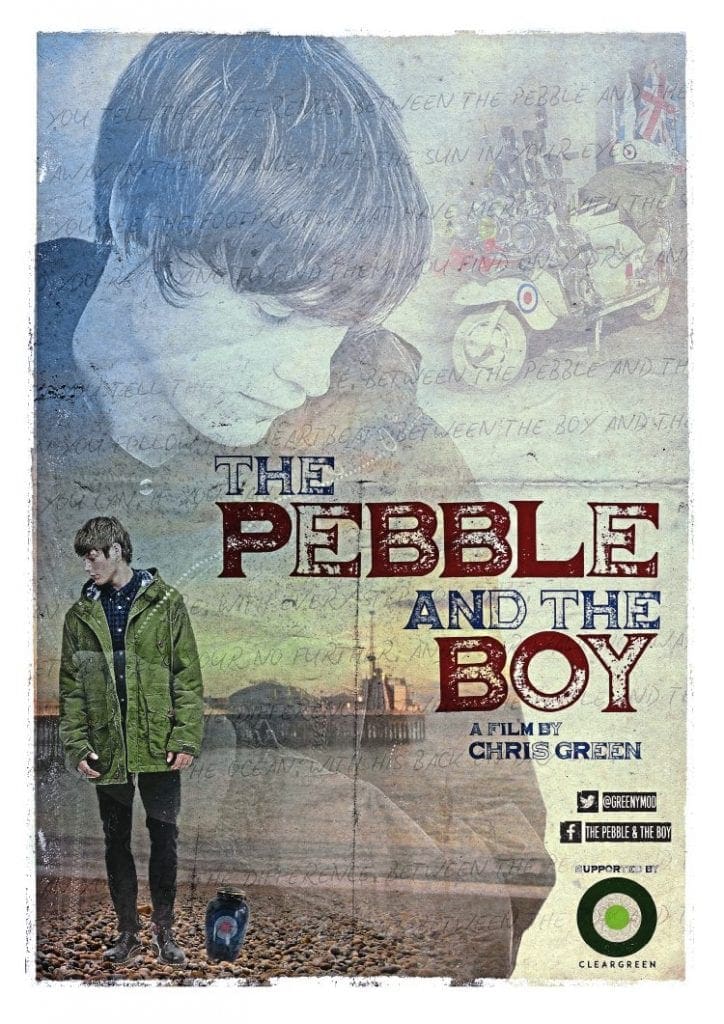 Despite the fanfare of publicity, no shooting date for Quadrophenia 2 has been announced. With a deafening silence on the film’s progress since 2011, it appears that the creative energies at Who central have now been refocused on a TV series, entitled Mods and Rockers. With a brief to occupy the “same kind of world as Quadrophenia,” noted director Simon West (Con Air, Lara Croft, Tomb Raider) has been signed up to oversee filming. “It covers the rockers side of the story,” says West today. “(It) spills out into the wider world of swinging 60s London, taking in gangsters, music and fashion.”

While there are no scheduled dates as yet for The Who’s TV series, there are three others movies which, while not being Quadrophenia remakes or sequels, are weaving the ambiance of the film and Mod into their respective plotlines. In 2016, news broke that a film based on Peter Meadows’ book To Be Someone was about to start shooting. Meadows’ novel charted ‘Jimmy’s’ adventures post Quadrophenia, and with reported approval from Pete Townshend, a script was created.

The project has evidently found favour with original cast members Phil Daniels, Trevor Laird, Mark Wingett and Toyah Wilcox, who’ve expressed interest in revisiting their past alter-egos. While not being touted as a sequel or remake, the script found its protagonist on an odyssey of crime and disorder following his Mod life crisis back in the 60s. 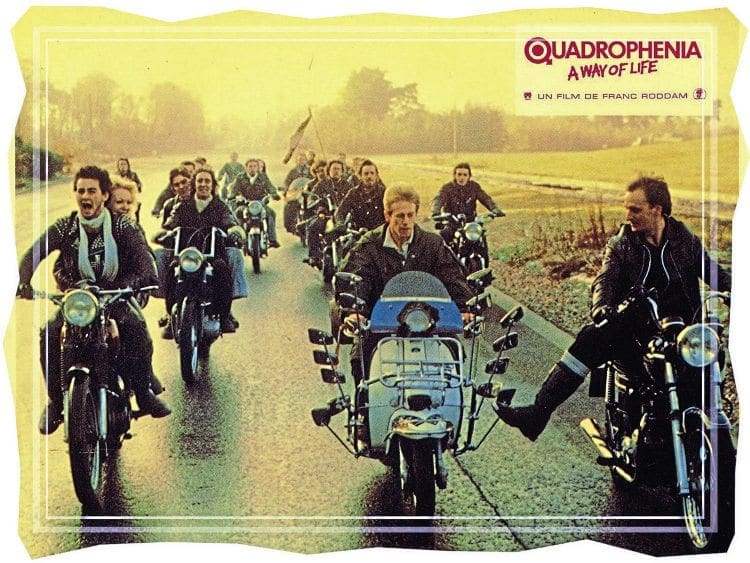 The film’s director Ray Burdis is a veteran of numerous British cult classics, and he’s been effusive in his excitement for the project. “It wasn’t difficult to get the cast members signed up as they all loved the script,” reported Burdis to the Daily Mirror. “Now we’ve got the core main cast in place we’re constructing the other characters carefully and slowly. I’m hoping it will spark a new generation of fans — kids have got nothing to grasp onto like the punk days, and we need something refreshing to come through.”

Despite the blizzard of publicity attached to the Meadows’ film, The Who’s management appear less than pleased with any association drawn from what remains their creative property. In response, a tersely written press release was issued to the media.

“As far as the group and original producer Bill Curbishley are concerned,” ran the statement. ”The new film is a blatant attempt to cash in on the original film’s enduring popularity. Quadrophenia is a significant and influential film based on The Who’s music, not some Carry On franchise. Any follow-up could only be made by the authors of the original and would need to be worthy of the name.” 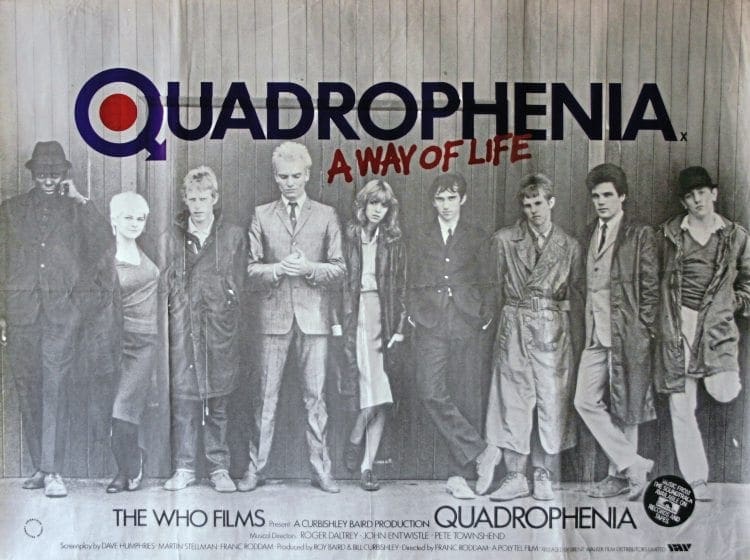 While the issues on To Be Someone are being ironed out, there are two other Mod related projects already under way. Being is a charming and uplifting drama of a young boy’s odyssey in struggling to care for his mother who has multiple sclerosis. Utilising the backdrop of Brighton, and featuring the talents of Quadrophenia’s frontline stars Mark Wingett and Trevor Laird, the film has plenty of echoes with Modernism running in tandem with its sensitive subject matter.

“I grew up in Brighton,” reports Being’s director Devlin Crow to Scootering. “I remember the Mods coming down as a young boy. Quadrophenia was central to my growing up. I could relate to Jimmy and his adolescent frustration. My youth and view of Brighton is fused with the film and the Mod scene… Being is not a sequel or remake, although it does have a nod to Quadrophenia and The Who. It’s a heart-warming story about dealing with adversity and the dynamics of a mother and son who are fans of 60s music and The Who.” With the full blessings of The Who’s management, Being’s initial funding was via crowd sourcing, and it has garnered many supporters during its gestation. With filming in progress, the goodwill already attached to the film looks set to guarantee a success for everyone involved.

Another project benefiting from the crowd funding platform is The Pebble And The Boy. While not linked to any aspect of Quadrophenia, it has a strong Modernist theme running through it. Much like Being, the film is a heart-warming exploration of a young boy dealing with adversity — in this case a youngster coming to terms with the death of his father. The film takes its name from a Paul Weller song from his 2007 album As Is Now. With the Modfather approving the script, work on the preliminary section of the movie has already started. The film’s director/screenwriter is Chris Green. 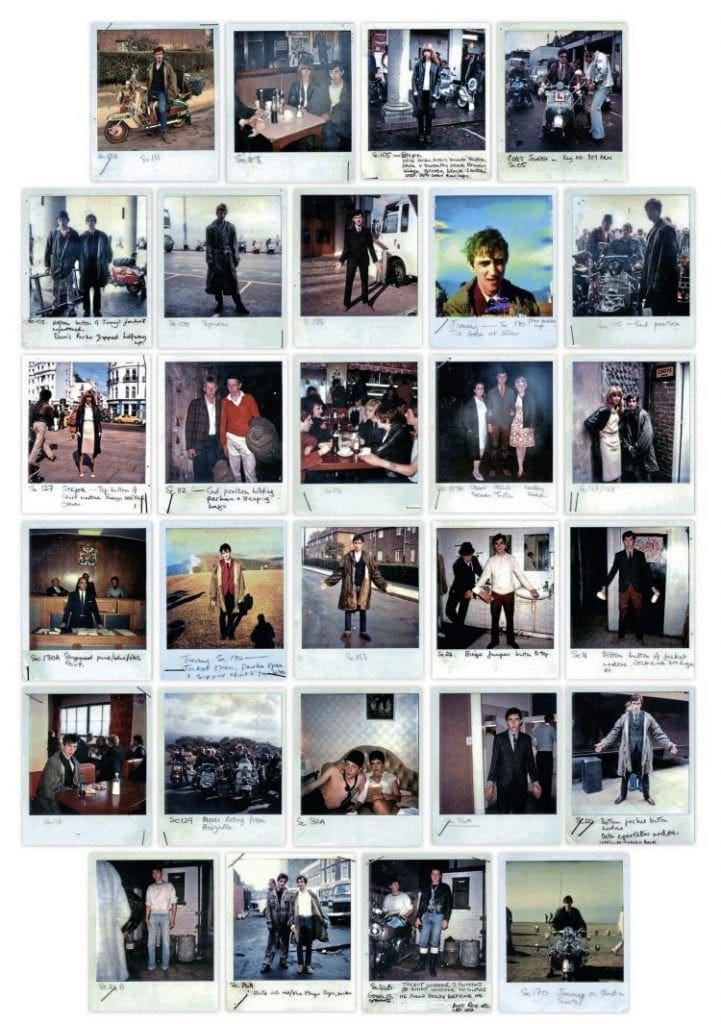 “It’s a road movie of discovery,” says Chris Green. “The lead character John, he’s not a Mod, but his dad just died and he was entrenched In Mod sensibility. The plan is for his son to scatter his ashes in the sea at Brighton. As the film moves on, his son begins to realise he’s following in his father’s footsteps.” Much like Being, the groundswell of interest in the project has engaged many to get involved directly with the production — filling walk-on parts and lending scooters. Filming has been lined up for shooting inside Brighton’s premiere Mod emporium Jump The Gun. With all this cinematic interest, it’s likely that the movement may undergo a renaissance. While mainstream cinema has yet to seriously embrace the lifestyle since Quadrophenia in 1979, it’s symbolic that the next revival may well originate from where it first started — the streets