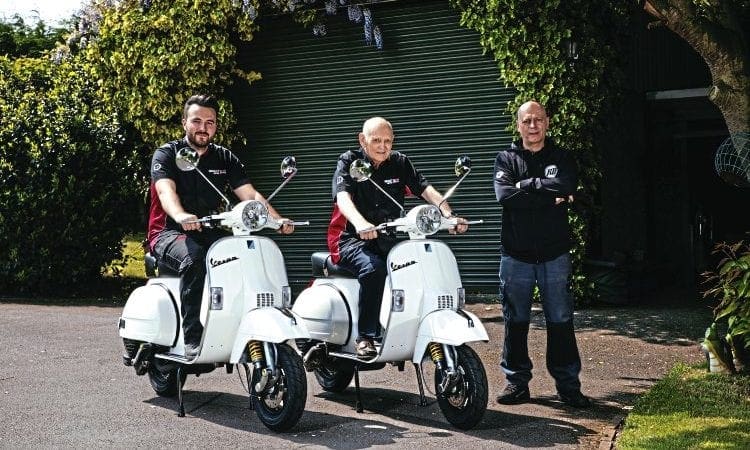 For the first few years of marriage Ron would survive on four or five hours’ sleep. After completing his shift at the colliery he’d turn his hand to motorcycles. “The first workshop was upstairs, that’s all we could afford,” explained Ron. “I used a block and tackle to winch bikes up through a hole in the floor.” He was also trading in used machines but could only provide finance on a ‘recourse’ basis. This meant that not only did he pay commission for arranging finance he was also responsible for repossession. “We had a default rate of around 90% and some repossessions were very awkward, it’s a good job I could handle myself!”