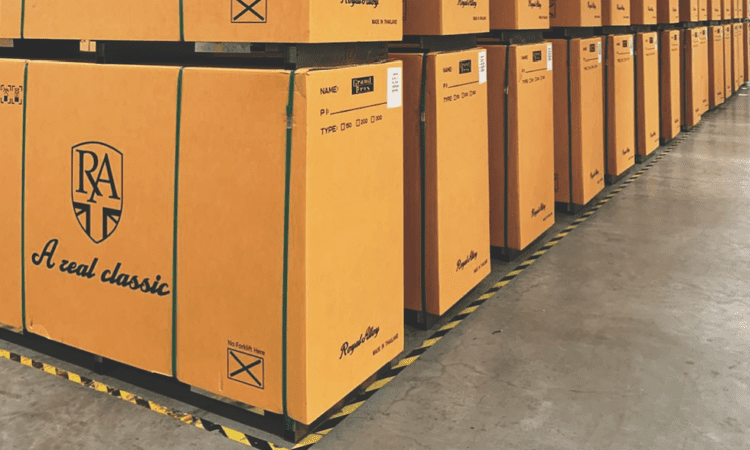 Since its unveiling in Milan last year Royal Alloy’s TG has become one of the most eagerly awaited designs in years. Despite coronavirus-induced difficulties, Royal Alloy is keen to reassure buyers that machines are still set to appear in showrooms early this summer.

The first pre-production machines have already left the assembly line and have been used for testing, marketing and exhibition purposes. Now both the Chinese and Thai lines are about to start production, the first being 125 and 300 models for the UK market and almost simultaneously the 125, 180 and 200 versions for the Thai and Chinese markets. Further deliveries of 125, 180, 200 and 300cc machines will be made for the Philippines and Singapore markets late April; interestingly, the initial scooters are destined for UK enthusiasts.

Speaking exclusively to Scootering magazine, the company’s CEO Steve Oliver said: “Showrooms have already received two batches of GP300s, both of which sold quickly and a further order will arrive shortly.

“The first batch of TG models destined for the UK will be produced in mid-April and the demand has been such that the British distributor MotoGB has already placed an order for more TGs.

“Rest assured, when we’re finally released from lockdown Royal Alloy’s UK customers will be ready to ride free into the summer sunset!”