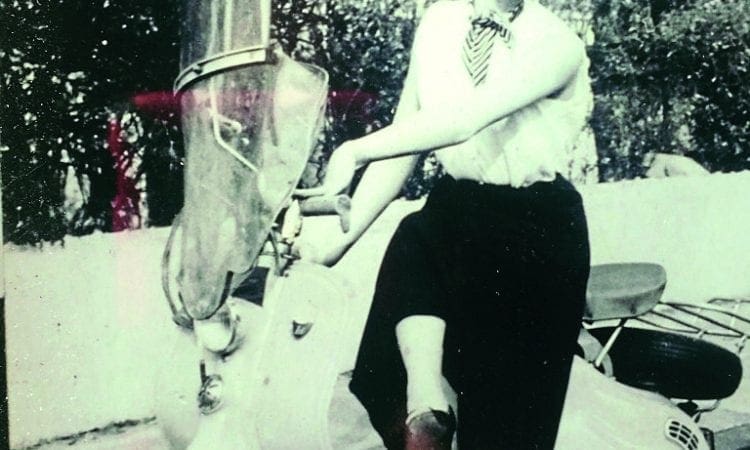 We are sad to report the recent passing of Rachel Karslake after suffering a period of illness. South African by birth, Rachel Karslake, née Lundell met architectural model-maker Mike Karslake after he left the RAF and began studying at the Kingston College of Art in the 1950s. Of course to may readers of Scootering it was Mike’s love of Lambrettas that he is known to us for, and Rachel too was soon swept up in the scootering way of life. There is even a photo of Mike and Rachel in their Lambretta sidecar outfit competing on the Isle of Man during the 1950s in which son Paul Karslake assures me his mum was pregnant with him!
The interest and passion for scooters continued over the years, being shared with their children too, especially Paul who still rides today. In the 1980s Mike and Rachel moved from their home in Essex down to Devon where Mike began to build what was to be the first museum of Lambretta scooters, as always supported by Rachel. Sadly Mike passed away in 1990 and after a few years of running the museum Rachel decided it was too much for her alone and the collection of scooters was auctioned off.
Rachel kept the Lambretta Series 2 and Watsonian sidecar outfit though, in which she and Mike had travelled so many miles together, at her home in Devon.
Rachel Karslake is survived by her children, Jo, Paul, Elizabeth and Vinnie, and our condolences go out to all of the family at this sad time.