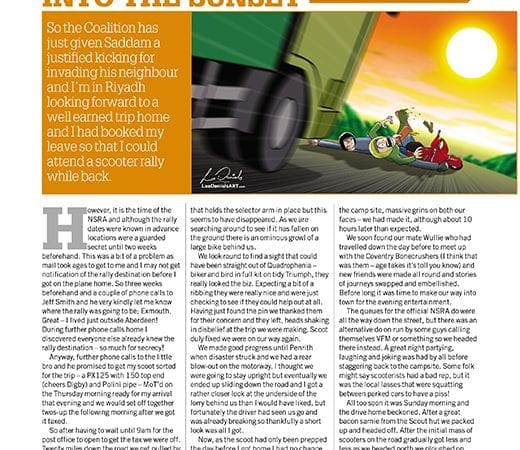 So the Coalition has just given Saddam a justified kicking for invading his neighbour and I’m in Riyadh looking forward to a well earned trip home and I had booked my leave so that I could attend a scooter rally while back.