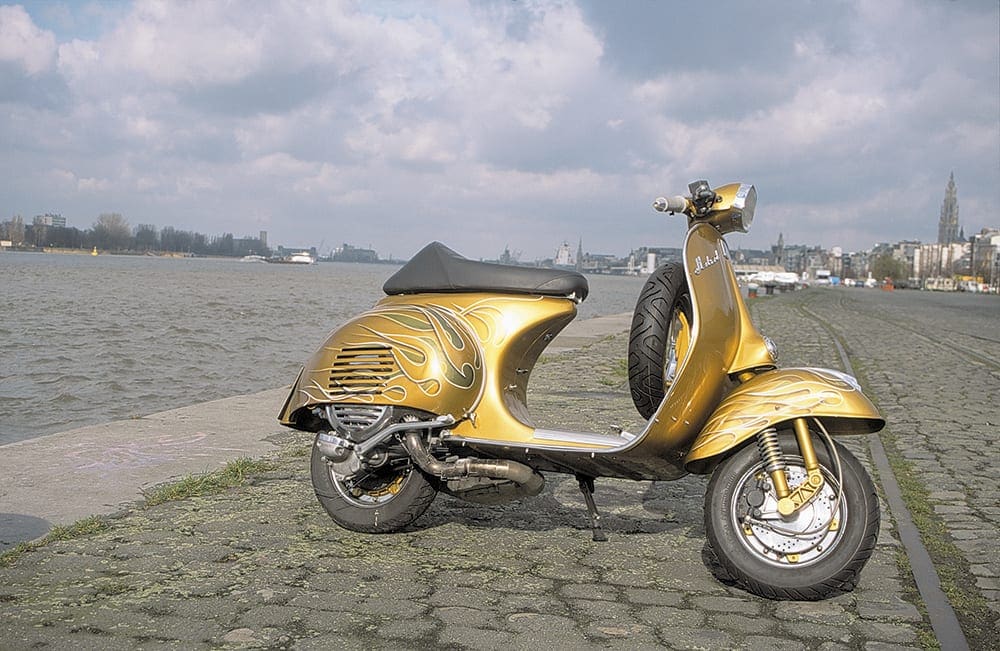 I like subtle, and I like subtle touches. Granted that’s maybe not the best way to describe myself I (or some of my scoots), but it’s not me or mine under I the spotlight here, it’s Geert and his classic Vespa. 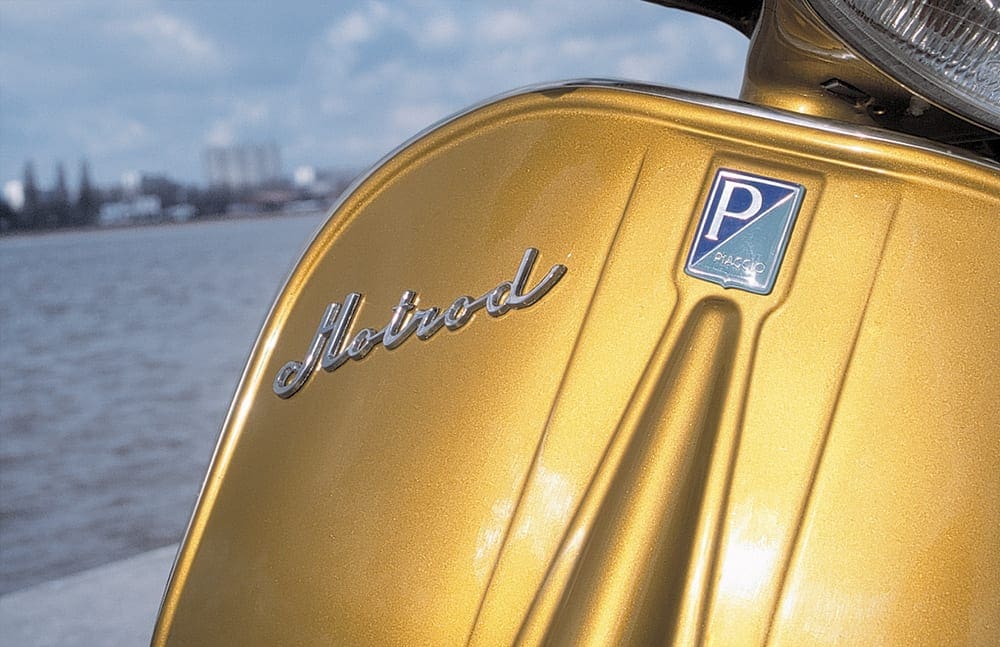 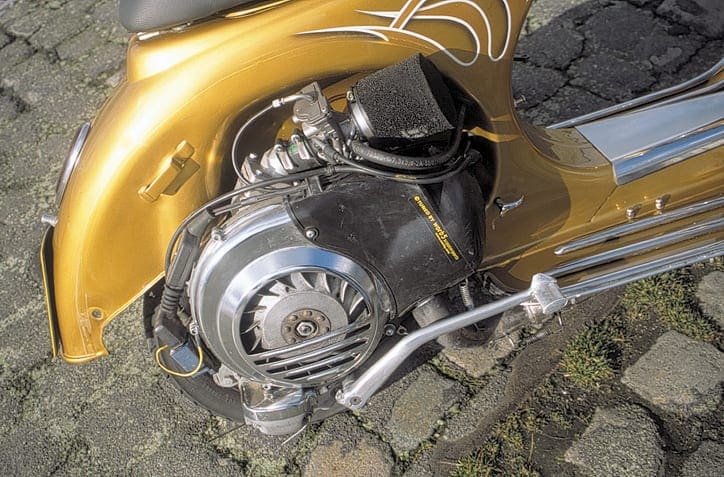 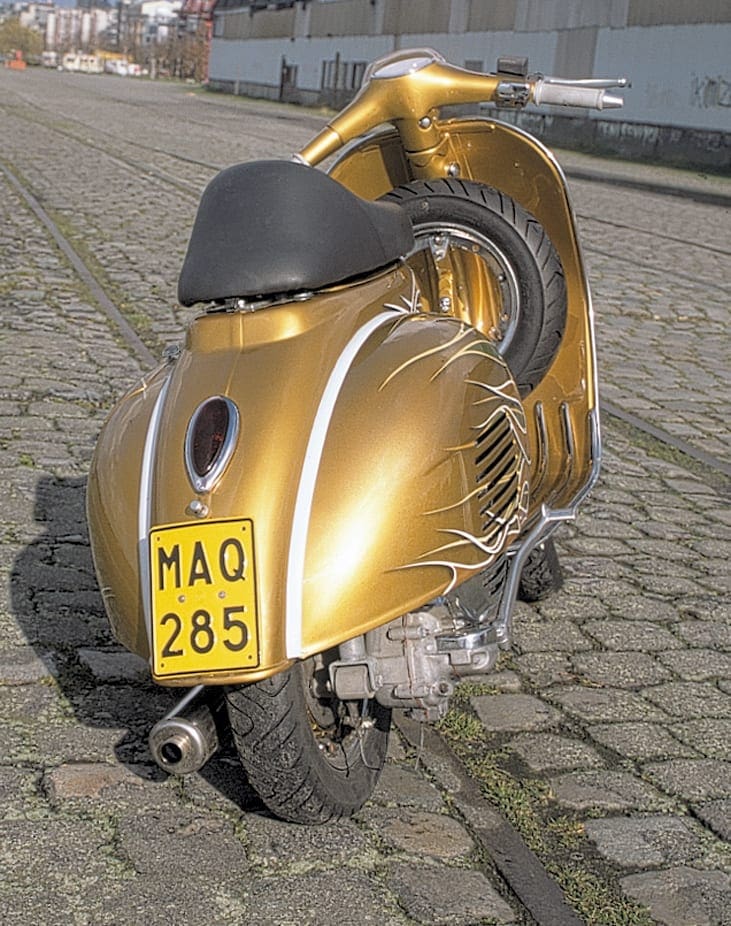 Name: Geeri Eyckmans
Age: 30
Scooter club: Speedboys SC (Belgium), Vespa Club Antwerpen
Job: Civil construction supervisor
First interest in scooters: Age 15, a friend’s older brother had a Vespa PK50, I wanted something like that too when I was old enough
First scooter: Vespa PK50s
Favourite model: Anything sporty, G5. SS, etc
First rally: Blankenberge ’94, I got there by bicycle since I didn’t have a scooter yet! Favourite rally: Mormoiron (south of France)
How could the scooter scene improve: Make it easier for ‘young blood’ to fit in. Not being narrow minded about clothing, music, etc
Funniest scootering experience: When going to EuroVespa in France we didn’t find a place to sleep on the way so we rolled out our sleeping bags on the steps of the church in a small village. The next morning we had coffee with the local vicar!
The farthest you’ve ever ridden on a scooter: From a rally in Marl, Germany to another one in Mormoiron South of France, about 1800km
What features do you like in Scootering magazine: Articles about long journeys on a scooter

Name of scooter: Hotrod
Model: Vespa Vnb
Time to build: About two years, rebuild by owner, engine built by Worb 5.
Frame modifications: Side panels rotated (for carb clearance) and modified to completely fit, legshield trimmed slightly, back modified to fit the rear light (Ford 38), PK forks, disc brake, dropped Sprint handlebar with hydraulic, reservoir (by Denis Pourrat, 5C du Sud Est France), choke and ignition key positions moved, P2 fuel tank and gauge. Modifications done by owner and Scootermarket
Engine: By Worb 5, Malossi 210 modified, modified head, 30mm Mikuni carb, MMW reed block, V-force reeds, reinforced Cosa clutch, 60mm crank, Mikuni fuel pump, SIP performance exhaust
Performance: 142kph, 24ps according the dyno
Is the scooter reliable: More or less yes
Paintwork: Scootermarket
Overall cost: Around 5000 Euro
Hardest part of the project: Making it all fit
Advice for anyone starting a project: Do a dry build to the last bolt to see if it all fits before you even think about the paint job. After building it, ride it, don’t hide it
Anything you would like to be different: Some flames stitched on the seat
Favourite dealer: Scootermarket —top painter; Worb 5— a pro engineer; Scooter Center and SIP—both fast service
Thanks: Danny at Scootermarket; Denis for the handlebars; Jan and Joost for their support; Flying Fox Tuning Center and Kristel for letting me spend too much money and time on it! 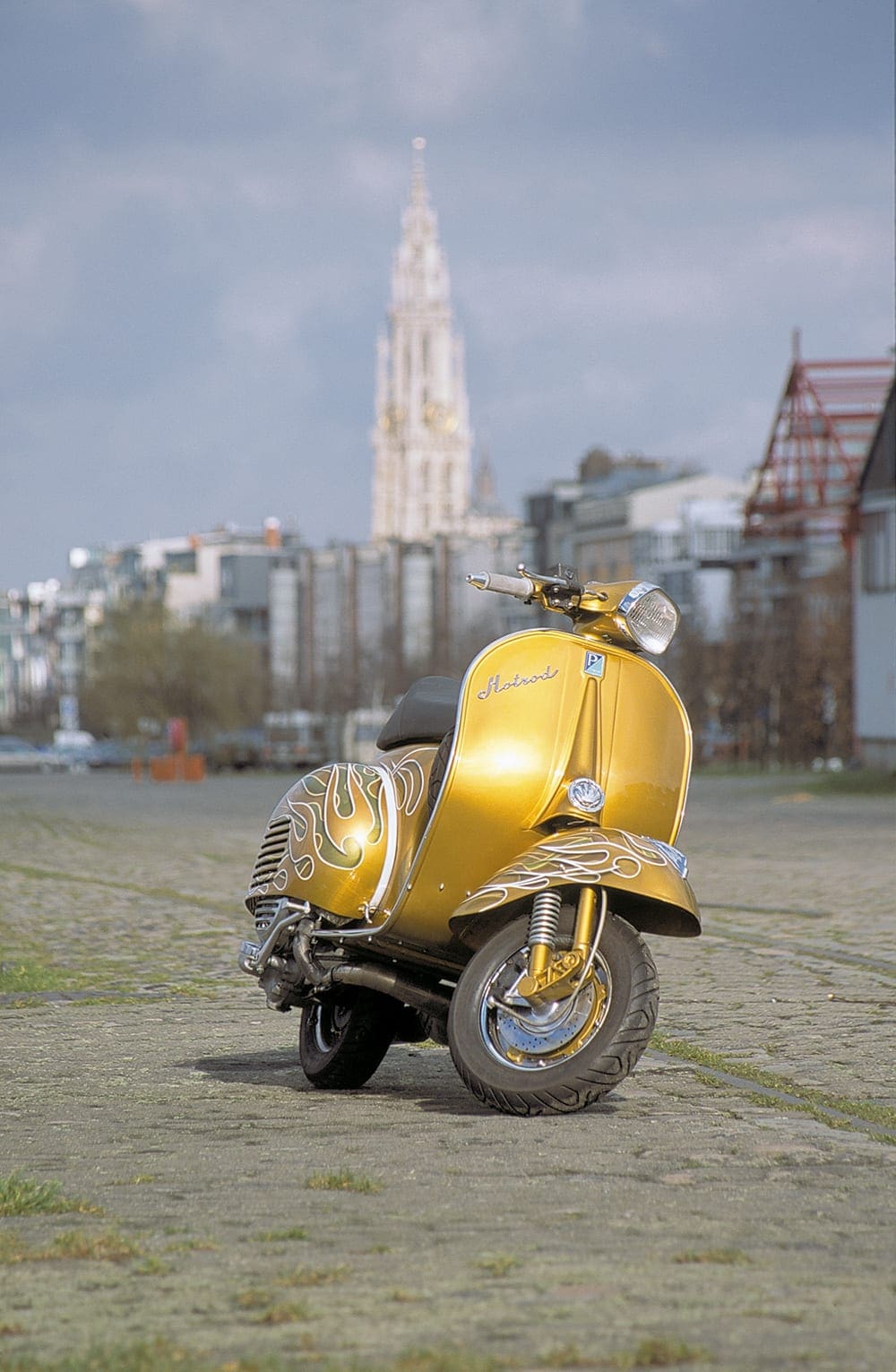