Waiting For The Weekend. Here is the…..News at Ten! The Vapors are back. 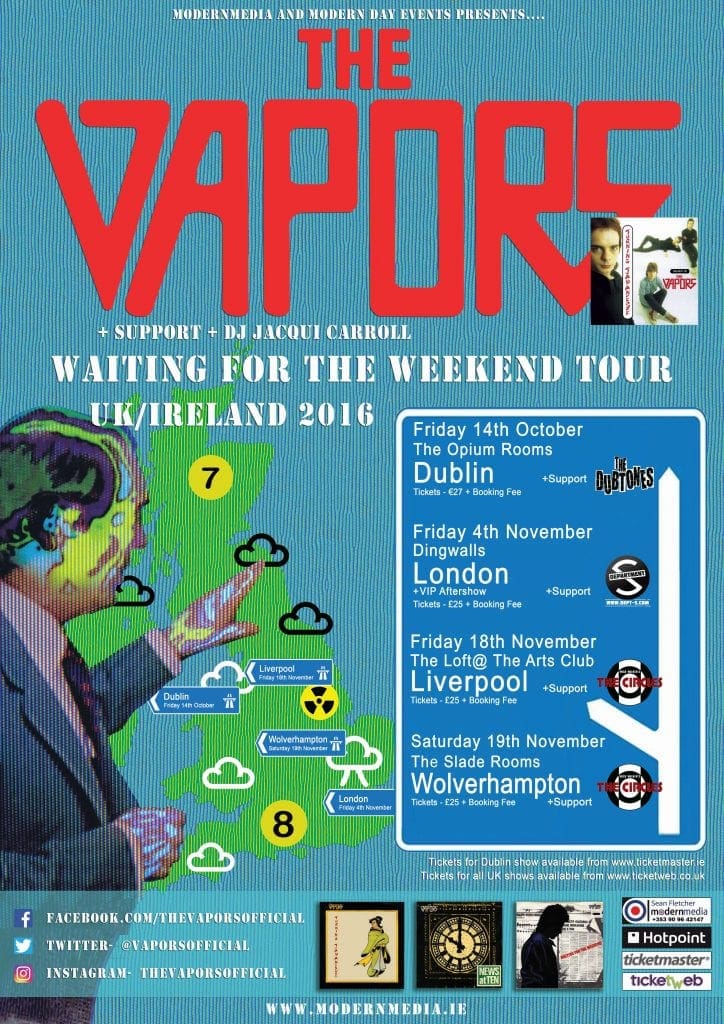 The UK New Wave band who first formed in ’78/79 and scored a huge Worldwide hit with ‘Turning Japanese’ in 1980 have reformed for 2016 to perform a small number of select gigs in the UK & Ireland in October and November on the ‘Waiting for The Weekend’ tour with a view to doing a full UK tour in 2017.

The band, all hailing from Surrey formed in 1979 and after establishing themselves locally as an exciting live outfit got their big break after   ‘The Jam’ Bass player Bruce Foxton saw them playing in a local pub and invited them to tour with The Jam on the ‘Setting Sons’ tour.

Paul Weller’s Father John undertook management duties for the band and after signing to United Artists the band released a number of singles beginning with  Prisoners’ in 1979 and followed up with what would become their biggest hit ‘Turning Japanese’ which peaked at Number 3 in the UK singles chart in 1980 taken from their first album ‘New Clear Days’(1980).

A follow up single ‘News at Ten’ was released via EMI in 1980 and numerous appearances on BBCs Top of The Pops and other Music shows combined with successful tours of the USA and Australia to promote the singles and album kept the band busy.

1981 saw the band release the singles ‘Spiders’ and ‘Jimmie Jones’ taken from the 2nd album ‘Magnets’ again on the United Artists label.

In 2016 The Vapors will once again get together to show why they were one of the most exciting acts of their generation and have fans desperately Waiting for the Weekend.

All gigs plus support and DJ Jacqui Carroll 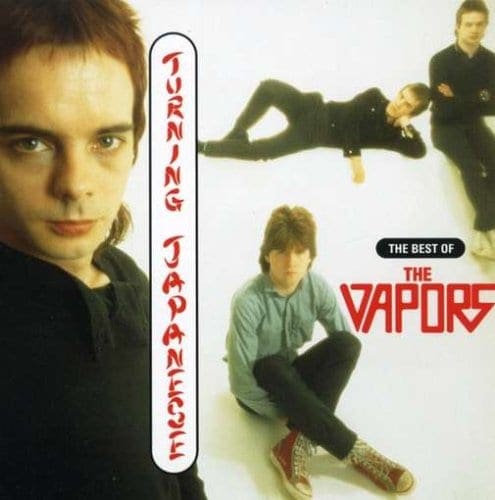 For more info go to-