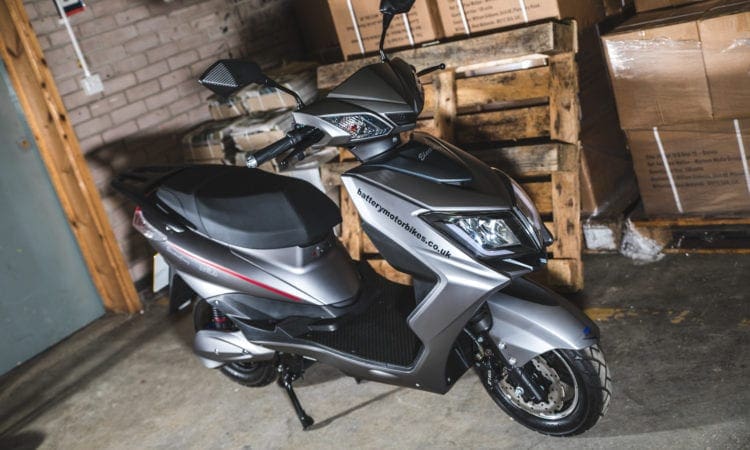 When you’re told that you’re riding the same bike but with a facelift, it doesn’t exactly fill you with a sense of joy. What can be that different if all that they have done is thrown on some new plastic and a set of different lights? How is this going to make a riveting read for the punters? Well, I was wrong about the chaps from Battery Motorcycles. Those clever little boffins have not only gone and pumped the outside full of Botox but also made some internal tweaks that put the new RLI into a happy place and I’m pleased to be able to give you the lowdown. 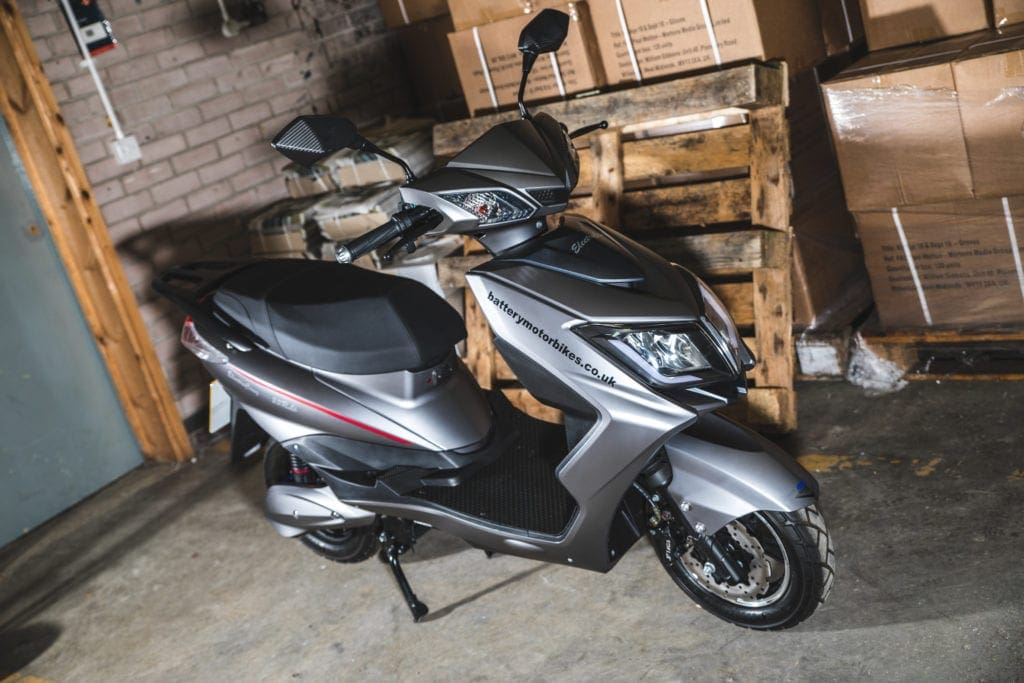 Now here’s the rub. I’m not going to say that the styling of the old RLI was everyone’s cup of tea. I was a glass half full kind of guy when I first saw it but the new RLI is all that and then some. The changes start with a newly formed and angular set of body panels that give the RLI a more modern and almost space-age kind of look. Nothing really out there but a massive change from the flowing curves of its older brother. In the grey colour of the test bike we had it suits its new shape very well. This continues with the dash that now sports a lot more starship console look than the old LCD display and I approve massively. Brilliantly easy to see, all that is needed… and just enough flair to make you smile. 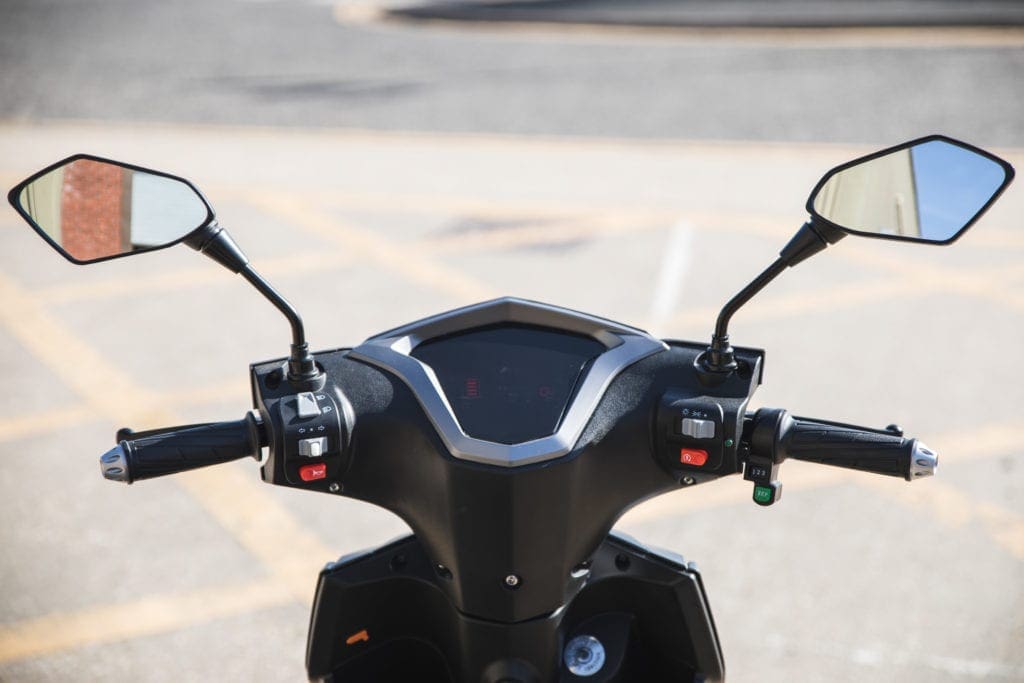 I used the word ‘Tomfoolery’ but really what I should be saying is internal upgrade. Well upgrade in one way as in the motor has been swapped out for a design that includes a curved magnet to make the spacing between them and the coils closer, meaning that the actual output of the motor can be reduced from 2kw to 1.5kw yet achieves the same performance. It’s like when Ford started turbocharging there small 1.4 petrol engine Fiesta. Smaller engine but with tweaked internals and equal if not better output than the older 1.6 petrol version including MPG. It’s an all-new and smaller hub mounted 72volt electric motor but with equally as much performance. It still gives you the same or maybe I should reword that similar output to a petrol 50cc scooter but with a more direct feed to that rear wheel. A lot less lag. 30mph (top speed) comes alone quickly meaning that in traffic you never feel like you’re holding anyone up. In fact, I found myself regularly first away from the lights.

As I experienced with the other RLi25 I rode at the end of last year in horrendous conditions the handling is great for the price. With only small scooter wheels and limited suspension travel this is not an off-road beast but then look at it. It’s been designed to nip around town, so apart from the cave-like pot holes that we are all now used to dodging this is a street going scooter and nothing else and in that respect, it copes with and handles all the roads I took on with great ease. The ride was comfortable and with this scooter weighing in at next to nothing in the great scheme of things it was a blast to throw about and filter through the traffic. 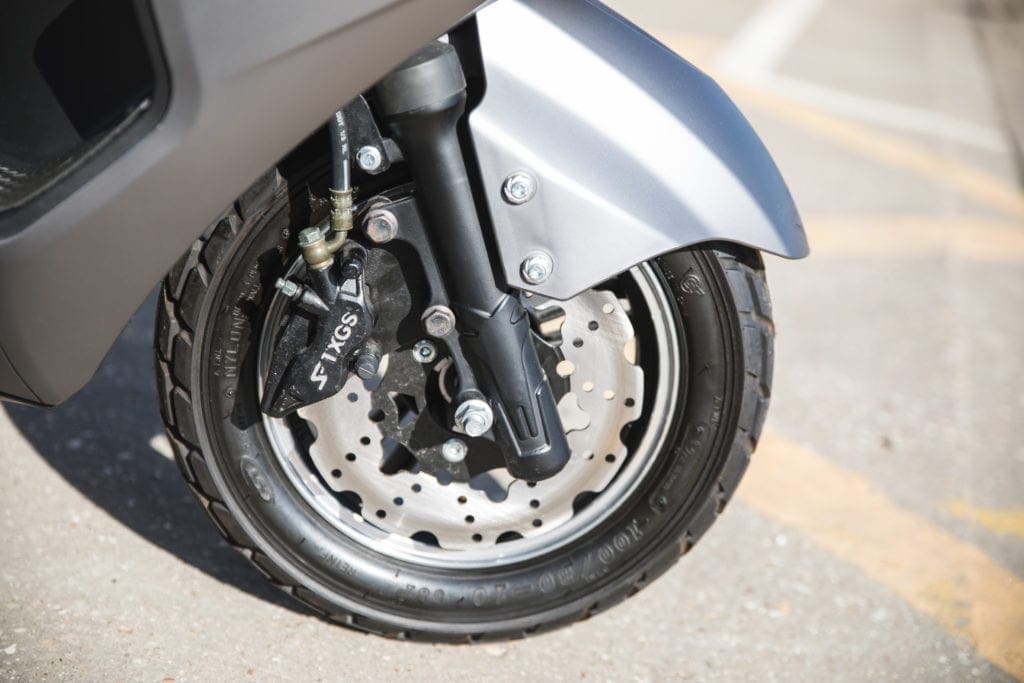 The new LED headlights are a brilliant upgrade on the old RLi’s filament bulb and really make a night ride no issue at all, the addition of very smart LED running lights add to the styling and cool new look. The boffins have also fitted it with a really useful rear wheel locking mechanism that activates with a simple key and just stops the back wheel turning. I’d still recommend a good chain and lock as well but it’s a really good factory fitted deterrent. The battery options are always in a state of flux if you will excuse the expression. The bosses at batterymotorbikes.co.uk are always looking at different versions and options to give the customers to fill the need. Weather that be cost implications or just a need for more range.  At the time of going to press you have the options of the following Amp hour (Ah) of the battery. These are 20, 25 and 50 Ah. The cheaper 20Ah is a sealed ‘Lead Acid’ (SLA) battery. It travels around 30 miles on a charge. The 25 and 50Ah batteries are ‘Lithium Polymer’ (LiPo) and travel about 50 or 100 miles respectively. The bike’s weight varies from 85 – 110kgs depending on the battery. The ‘Lead Acid’ (SLA) batteries are heavier whilst the ‘Lithium Polymer’ (LiPo) is lighter and therefore makes the bike handle with a little more agility.