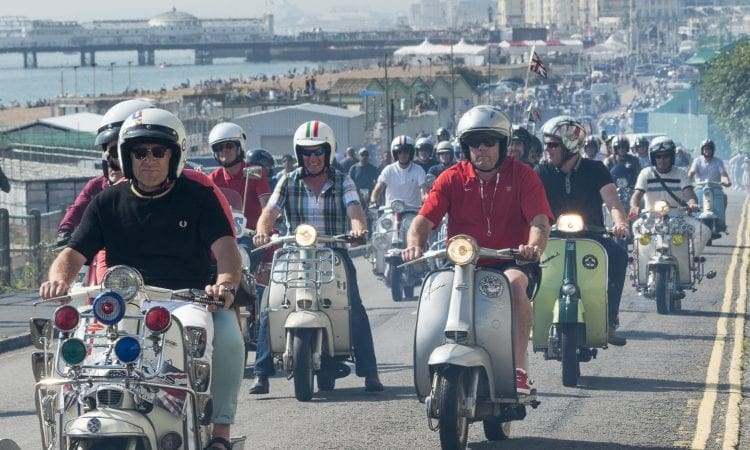 Brighton has been spiritual home to the mod since the widely misreported ‘incidents of Whitsun 1964.  Since New Untouchables modernist society, well over a decade ago, relocated from the Isle of Wight to Brighton for their August bank holiday weekend gathering, Brighton Mod Weekender has grown and grown in both size and stature.  New Untouchables are still firmly at the epicentre of Brighton mod weekender, with Volks on Madeira Drive being the daytime mustering point for most.  Numbers seemed either on a par with, if not, given the favourable weather slightly more than the past few years.

Sunday is traditionally the day to see and be seen on the seafront. Mods representing the many eras by their choice of attire, and small wheeled steeds, congregate on both sides of Madeira Drive, in lines of three even four deep.

Immaculate 60’s examples, P-Range Vespas as well as modern day autos, some tastefully accessorised with rare extras, others weighed down with excessive amounts of glistening lights, mirrors and other bling all created to suit the owners perspective of what mod is about. At 3 pm the annual ride out to Beachy Head from outside Volks commences.  2017 saw arguably the largest amount of scooters to date, participating.  Being the hottest August bank holiday since Brighton mod weekender started, all but the uber coolest or maniacally parka-clad individuals compromised their daytime attire to suit the tropical conditions.  Was this the biggest August bank holiday Brighton mod weekender? Perhaps. Was it the best one yet? Probably!

See the full report and photography in the November edition of Scootering, on sale 26th October 2017. 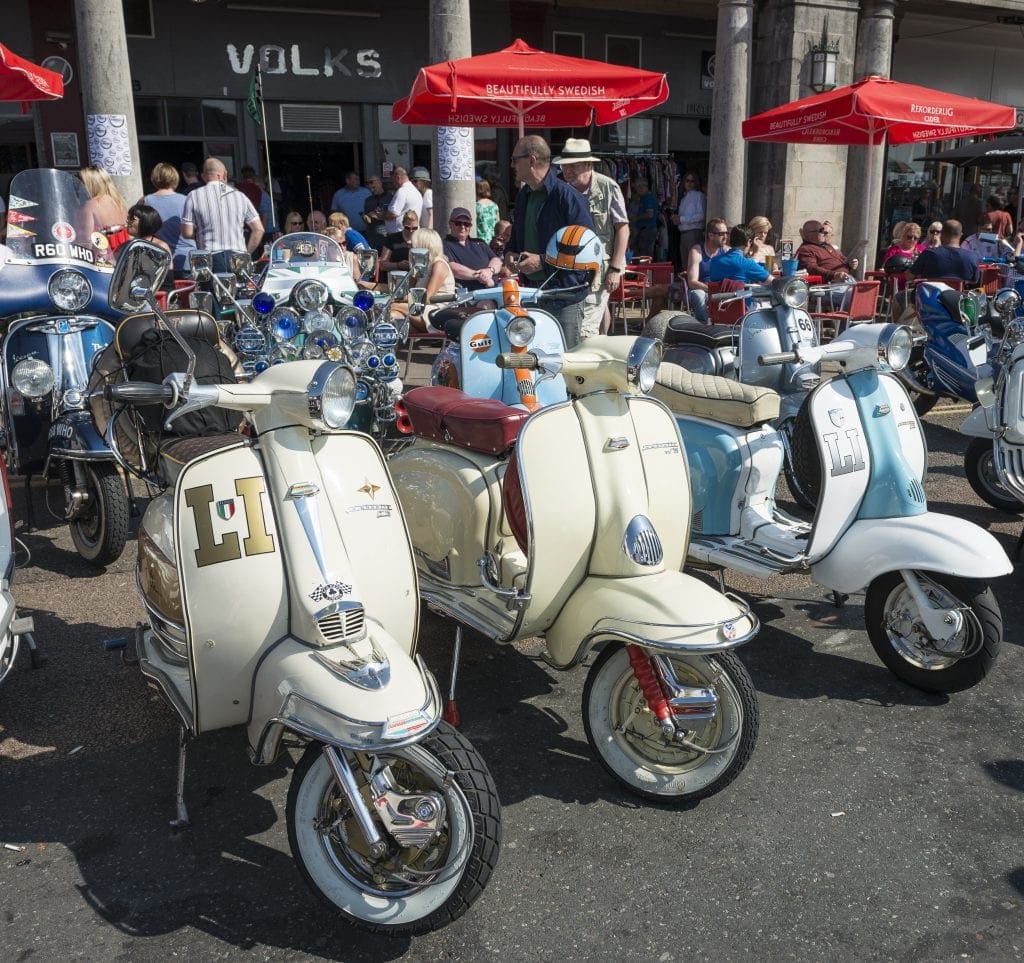 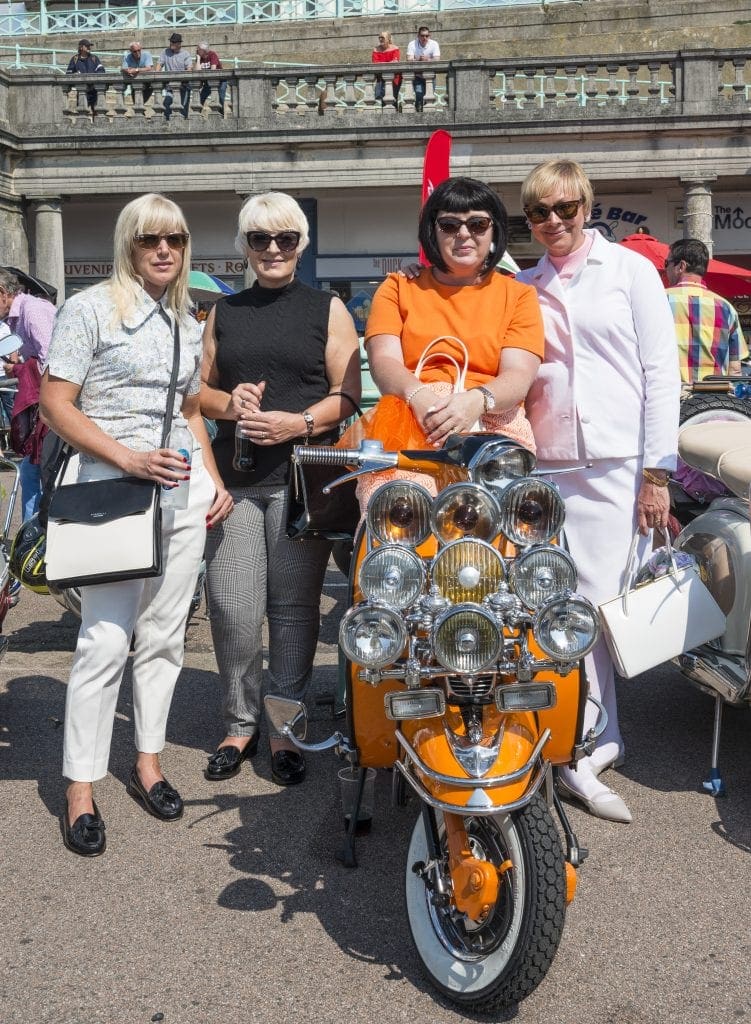 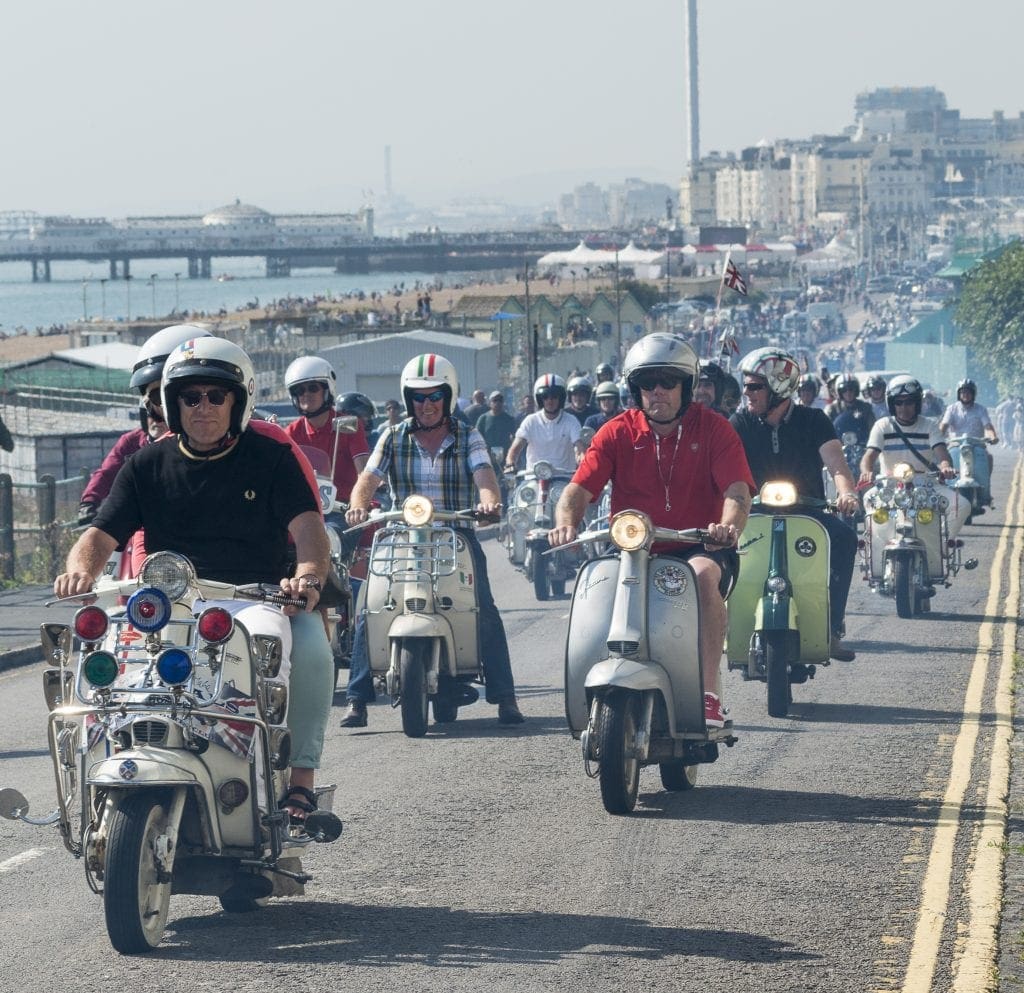 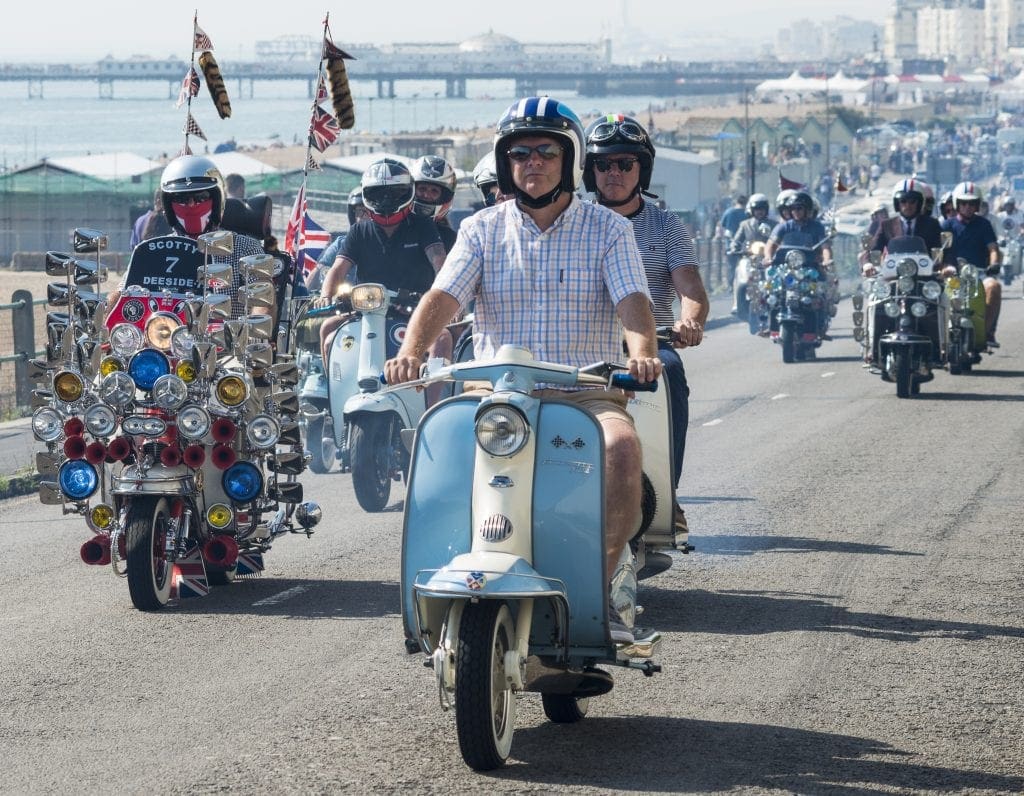 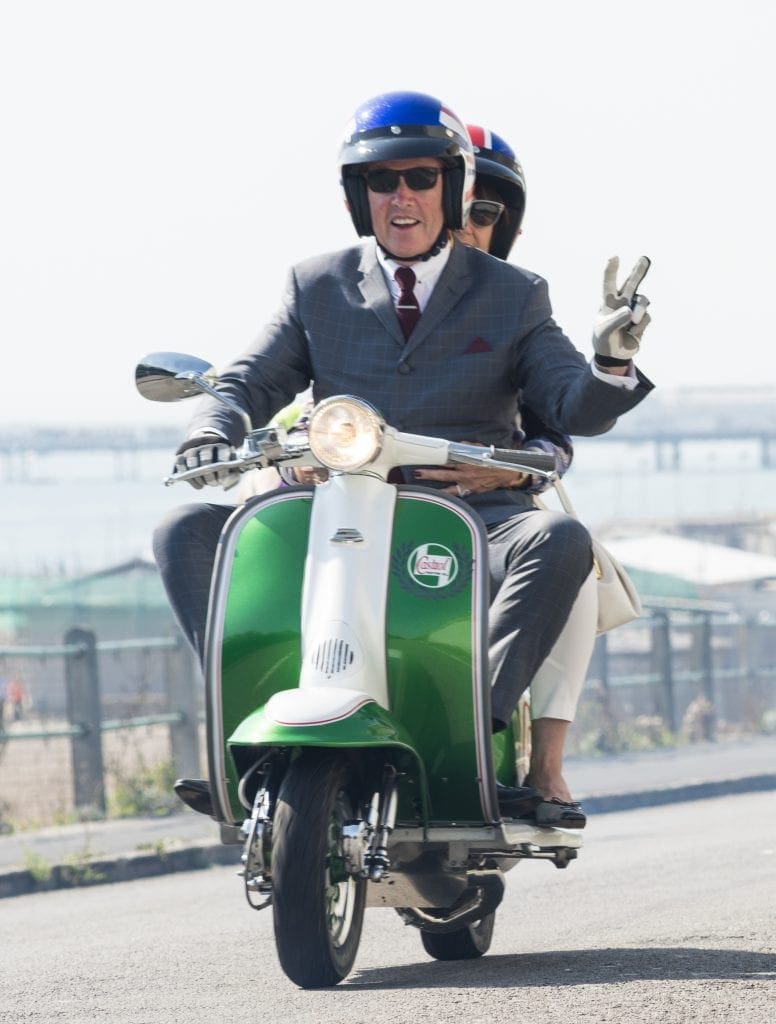 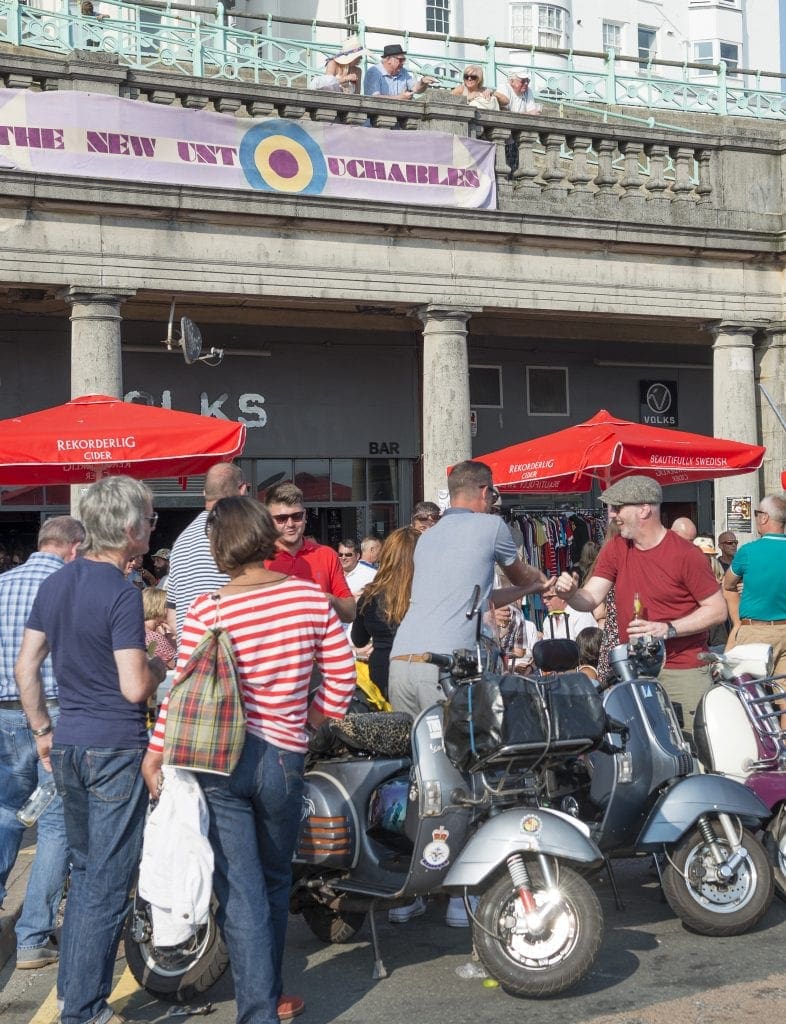 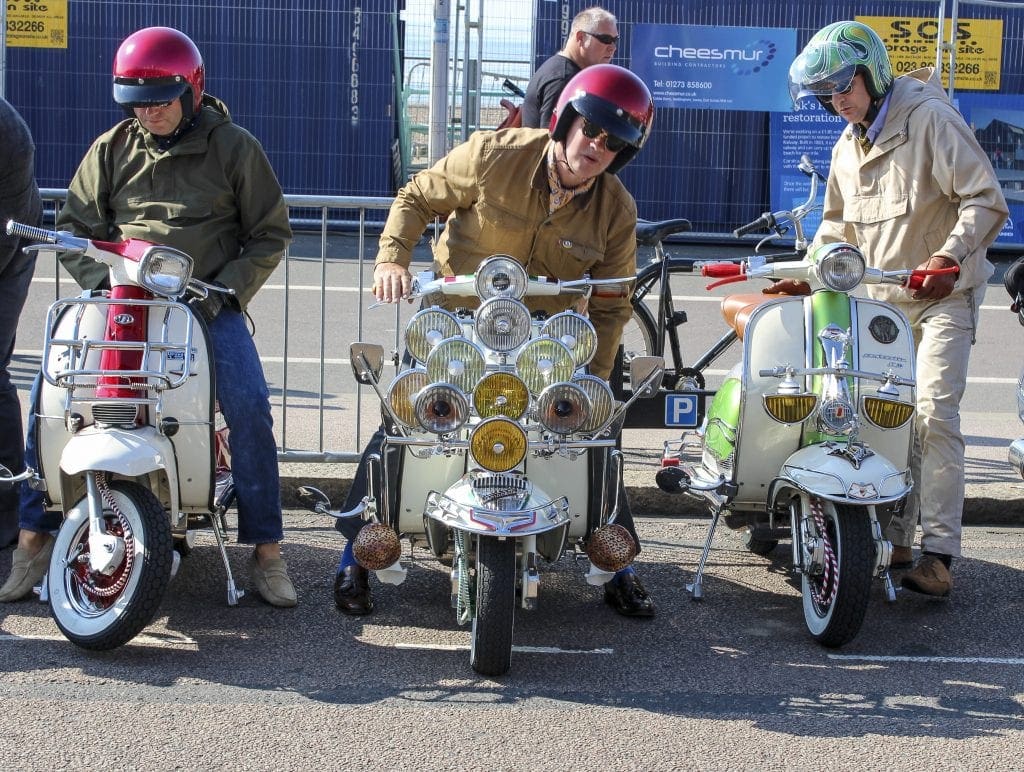 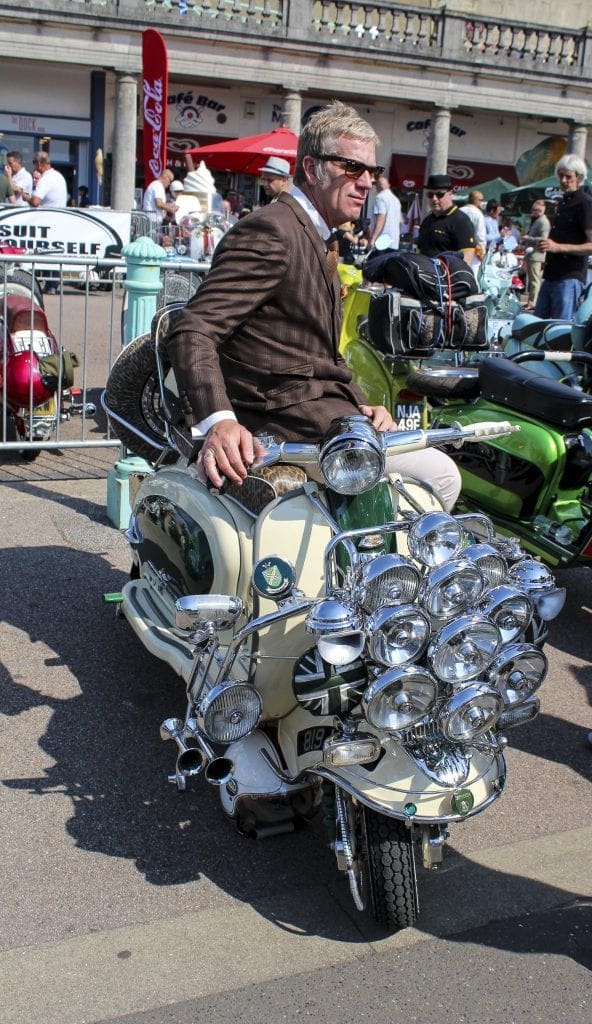 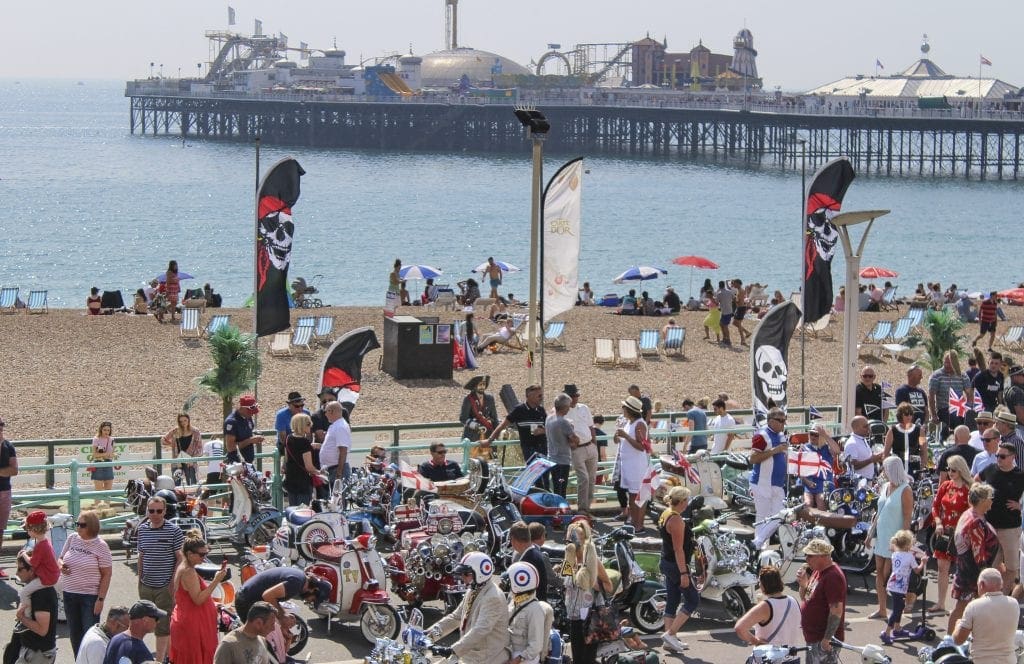 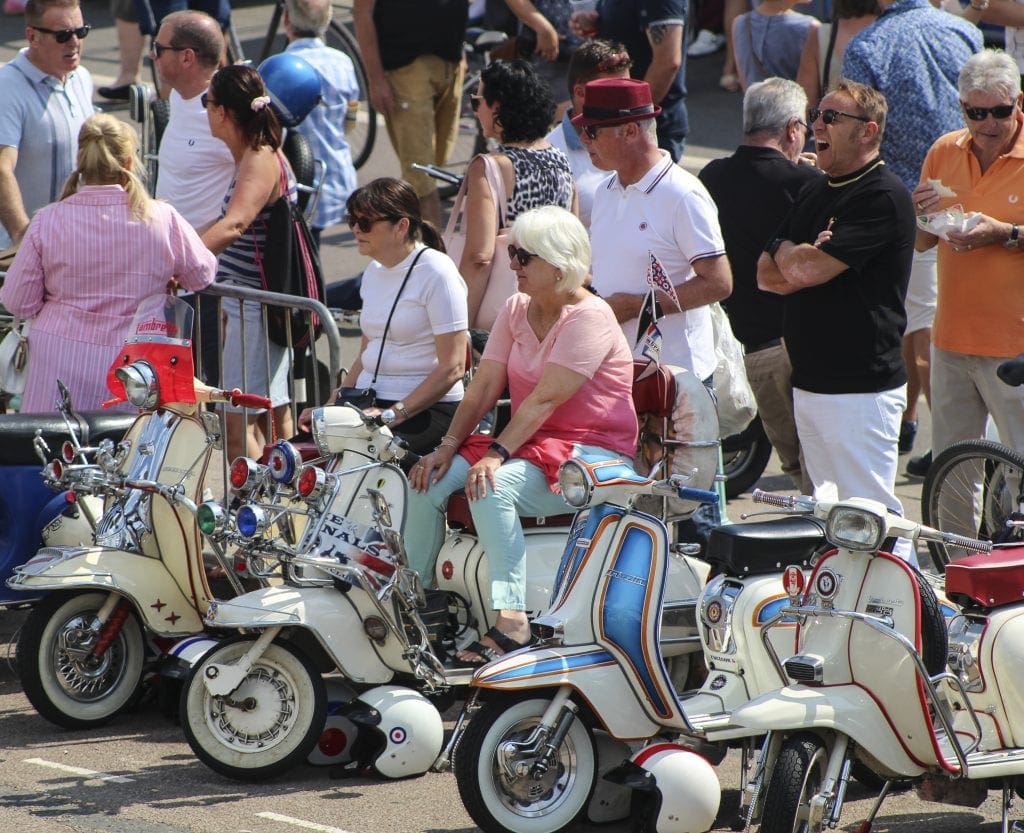 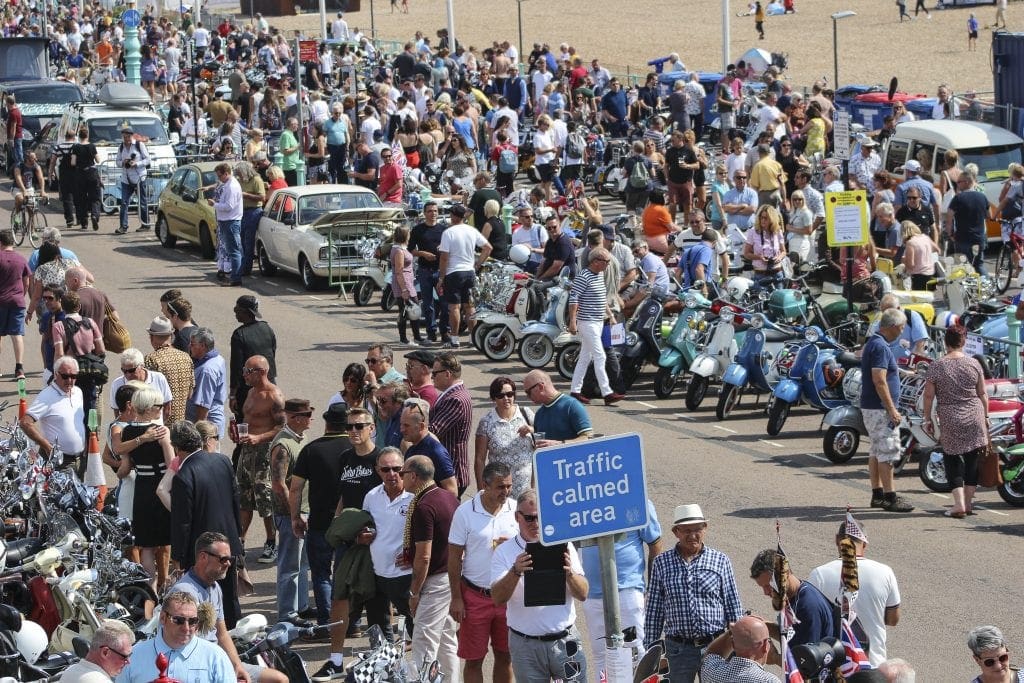 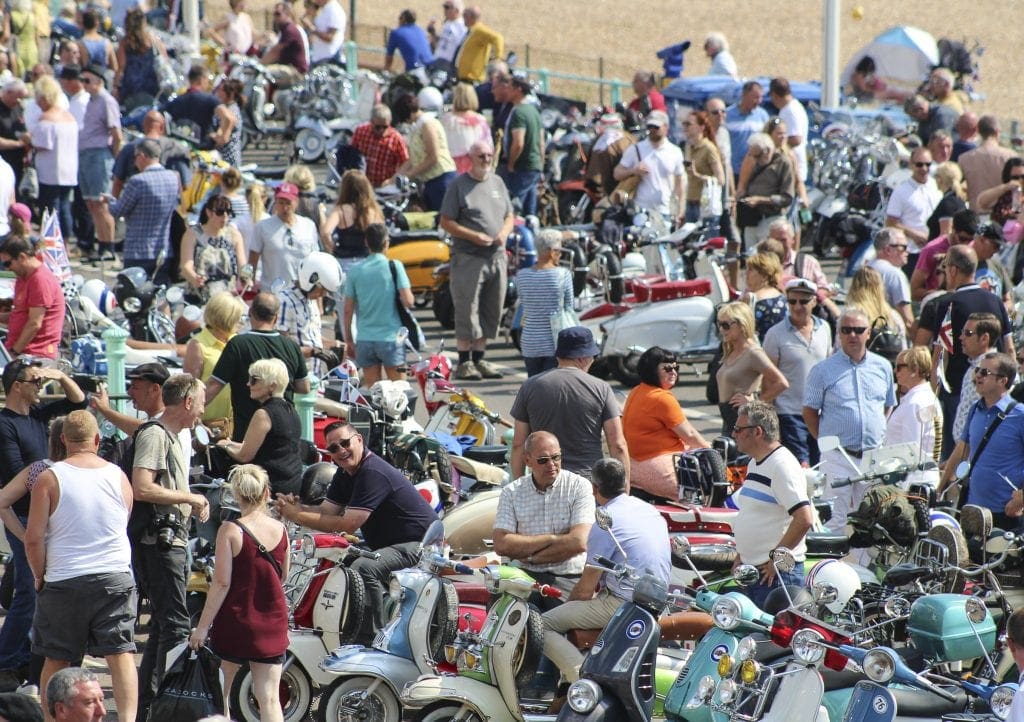 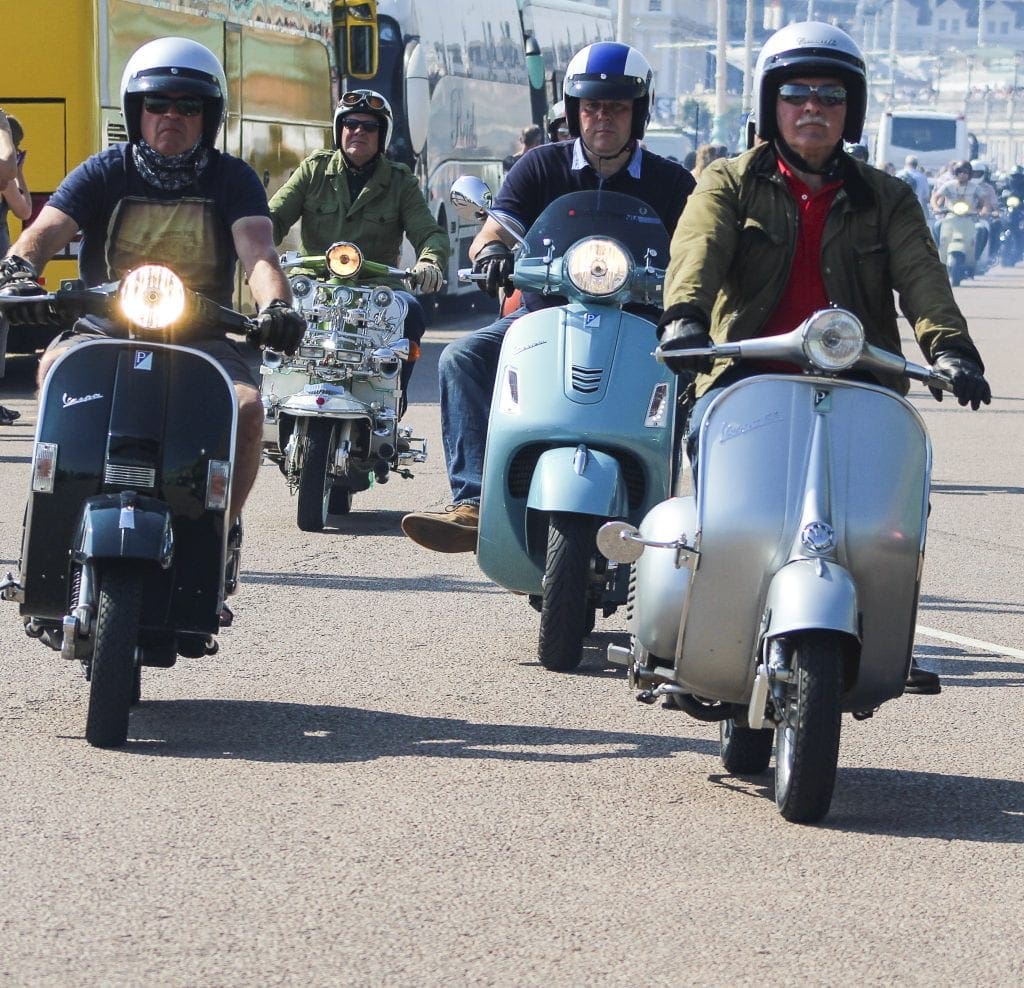