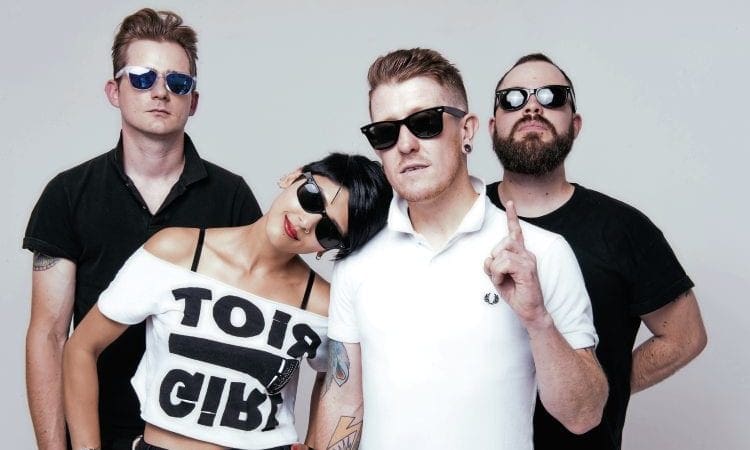 Sonic Boom Six will be a name that’s familiar to many a ska fan, though not a band often played on the scooter scene. Often touted as worthy successors to The Specials’ crown, they’ve been pounding the gig circuit for the last 13 years, and are finally looking like they could break. Scootering caught up with singer Laila Khan for a brief chat in Manchester’s famous Night And Day Cafe just before Christmas. 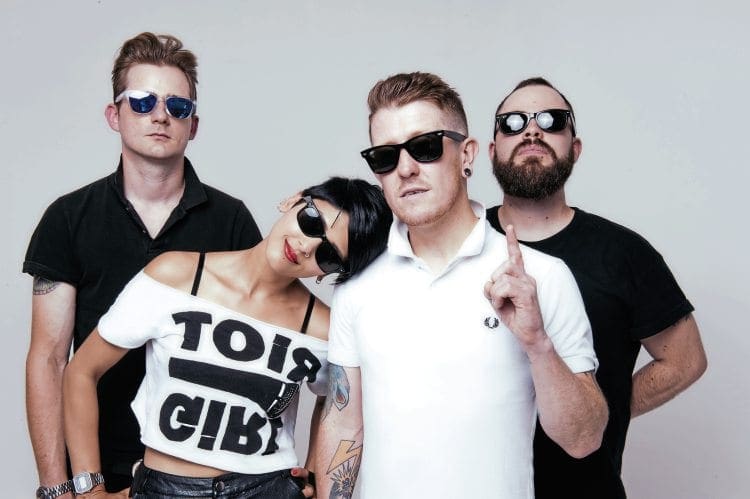 SC: Hello Laila, nice to see you off stage for once, how was the tour?

LK: It was a good mix of gigs, and to be honest I think it probably took us a couple to get back into the swing of things, but then it was like ‘Yes! Were back!’ and it went really well.

SC: Can you give us a quick band history? Not all our readers will be familiar with SB6.

LK: It started with Barney Boom wanting to get a band together. I’ve known him since I was about 11 and was drawn to the same sort of music as him —Capdown, King Prawn, The Specials, Clash, No Doubt etc. as well as The Fugees and hip hop. We were lucky with our timing in that there was already an established skapunk scene in the UK, and we managed to jump on the back of it as it peaked. Then a lot of the bands fell by the wayside and we carried on.

In the early days we didn’t quite fit in, we were seen as this weird bunch of druggy scallies from Manchester, but we weren’t really. What we did was to take modern influences (such as hip hop and sampling) and add it to the sound, much like The Specials did with punk back in their early days.

Everyone does it now though, even Lily Allen and The Ordinary Boys! That said, we’ve never wanted to be pigeon holed as such, as Barney says — all you find in pigeon holes is pigeon shit… Times have changed. Rock bands no longer only play rock, indie bands indie and so on. It’s a bit more open and you can do what you want now, which is really how it should always have been. 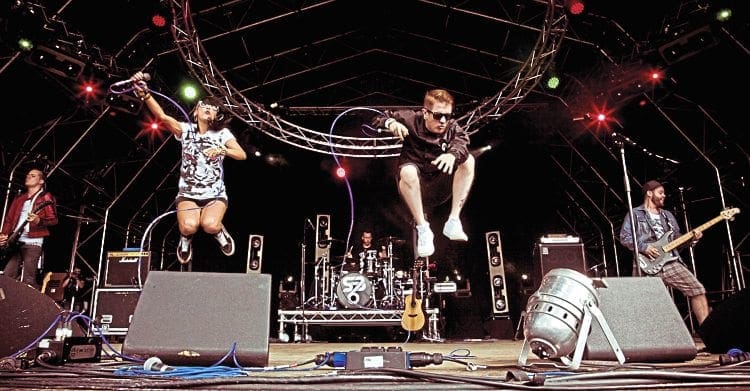 SC: Did anyone give you a helping hand back then?

LK: In the early days we had Ian Armstrong of Hidden Talent behind us, so it was easy to get gigs. He was pretty much ‘king of the skapunk scene’ at the time. It wasn’t always easy for us, we had a brown girl singing, we had a rapper, we were a bit outsider-ish but he helped us when we needed it.

That said, it always felt a bit regionalist, for want of a better word. Our mates in Random Hand had the same thing. Up North we’d fill venues, but the Concorde 2 in Brighton would be half full even though Capdown could fill it. Maybe they just thought we were shit…

SC: This lead to the first single All In which featured the legendary Coolie Ranx. How did that come about?

LK: Our manager. We were lucky in that he’d known Coolie for years, he’s such a lovely bloke and he’s appeared on pretty much every album since. He’s a really good guy. 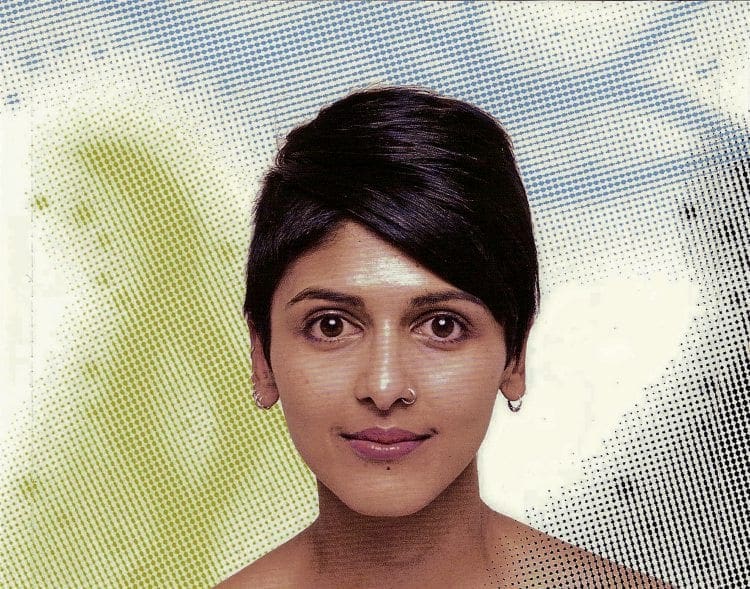 SC: Your last album, The F-Bomb was easily your most old-school ska influenced to date, how did that come to happen?

LK: The previous one (the self-titled ‘Sonic Boom Six’) didn’t come out very ska at all. It wasn’t done on purpose; it just ended up like that.

With this one, we were originally going to be produced by Jason Perry, but he thought that we probably didn’t need him, and that we should go away and do our own thing. So we did, and this is what came out.

Altogether we wrote about 30 songs, and they were all ska/pop-ska styled happy sounding songs. We don’t often write angry songs, although there is a hardcore punk side to us too.

SC: Really? I know you played around with that in the early days, but thought it was gone.

LK: No, we’re actually looking at recording an eight track mini-album, or whatever you want to call it, showing that side of us. It’ll be fun to do for a change. If you like Operation Ivy, Suicide Machines or Minor Threat, then that’s what to expect. We’ve not made any decisions on it yet though. 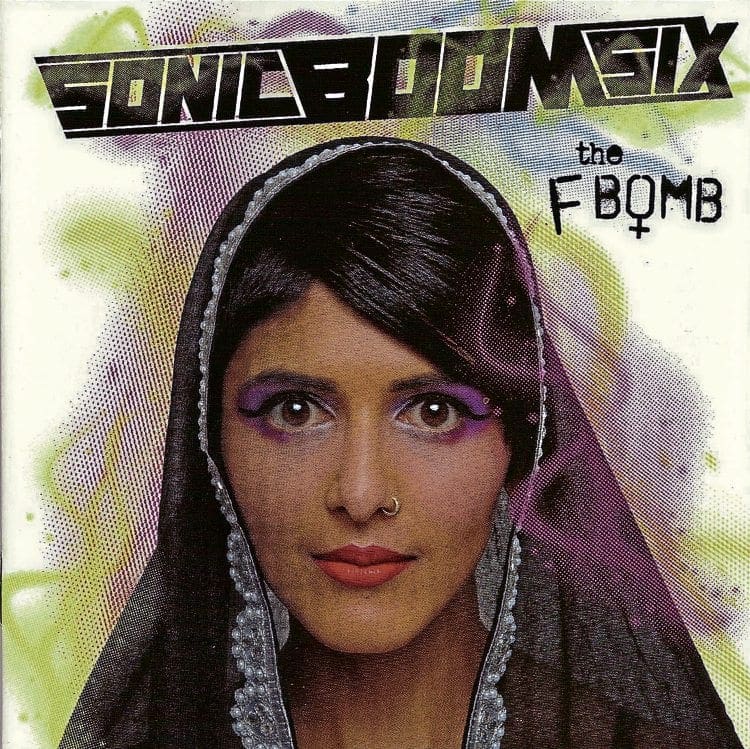 SC: To get back to The F-Bomb for a minute…

LK: Sorry, yes… Anyway, we signed to Cherry Red and they’re brilliant. They just let us get on with what we want to do, and we don’t feel pressurised by them. They’re really cool people. They were more than happy with the cover for this album as they understood the message we were trying to portray. They get that we’re of the multi-culture, and that we’re proud of that.

We don’t want to stand on a soapbox though. If people take a message from our lyrics, then great, but that’s not our main interest. When I go to a gig, I want to hear lively bouncy music, and that’s what I want SB6 to make too. I may be Muslim, but I’m just the same as everyone else underneath.

That said, the lyrics are probably more important to (main lyricist) Barney. He’s very driven, socially, but he’s not one to stop a gig and give a five minute rant. I know other bands do that, but it’s not our thing.

Put it this way — you remember how The Specials had a right wing following? I know we have fans who’re supporters of Britain First and the like. That’s how much attention people pay to lyrics… 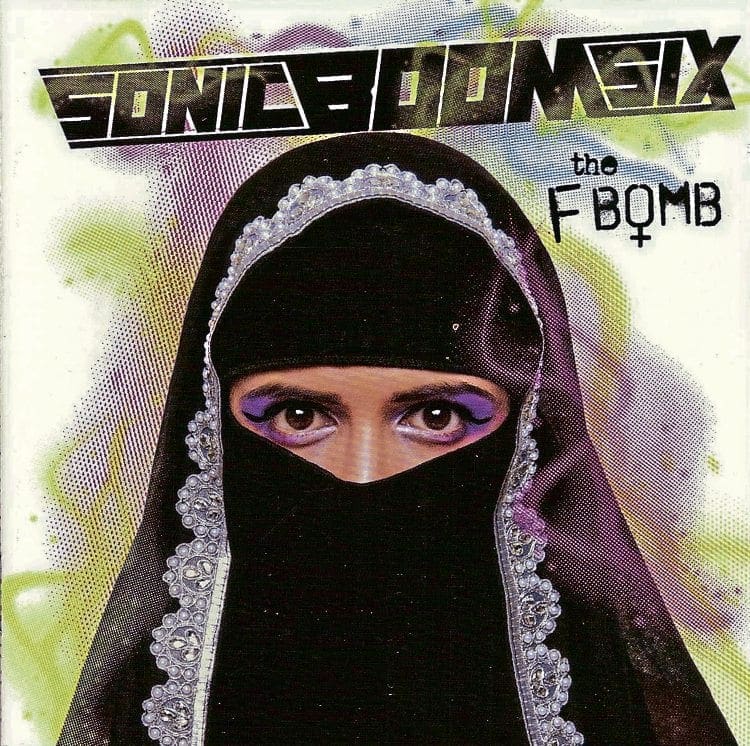 SC: How have the various line-up changes along the way affected the band?

LK: Let me be totally honest here. We’ve never fallen out with anyone who’s left, not even those who’ve done us over. If they don’t want to be in a band, that’s fine — life’s too short to be annoyed by that. Obviously that’s changed the sound of the band though; everyone brings their own musical history with them.

It’s changing again now too. We’ve all got proper jobs, and with that has come differences in how the band is structured. We’ve all taken on a share of the work, especially with Barney pulling in long days at his job. He put 10 years in keeping the band going, booking gigs, writing songs, organising rehearsals and all the financial stuff. We’ve shared all that out now, taken some of the donkey work off him. I know that doesn’t show in the music, but it’s changed the band dynamic. 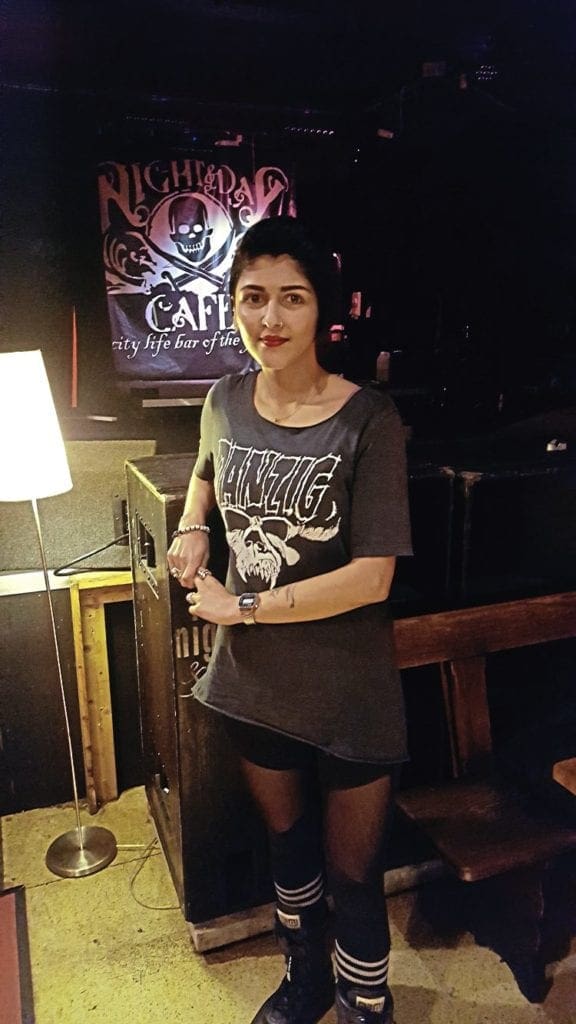 SC: So apart from the hardcore mini-album, what’s in the pipeline for the band?

LK: We hit the road again in March, doing an O2 Academy tour, and then there’s a single and video about the same time… There’s also some big news coming in March, all being well, but I can’t tell you anything about it, other than we’re hoping to be playing with some of the cream of the American ska scene… Keep an eye on our social media for details on that one when it’s announced!

SC: And on that mysterious note, we’ll call it a day. Thanks again, and see you at a gig soon.

With thanks to Manchester’s Night and Day Cafe.