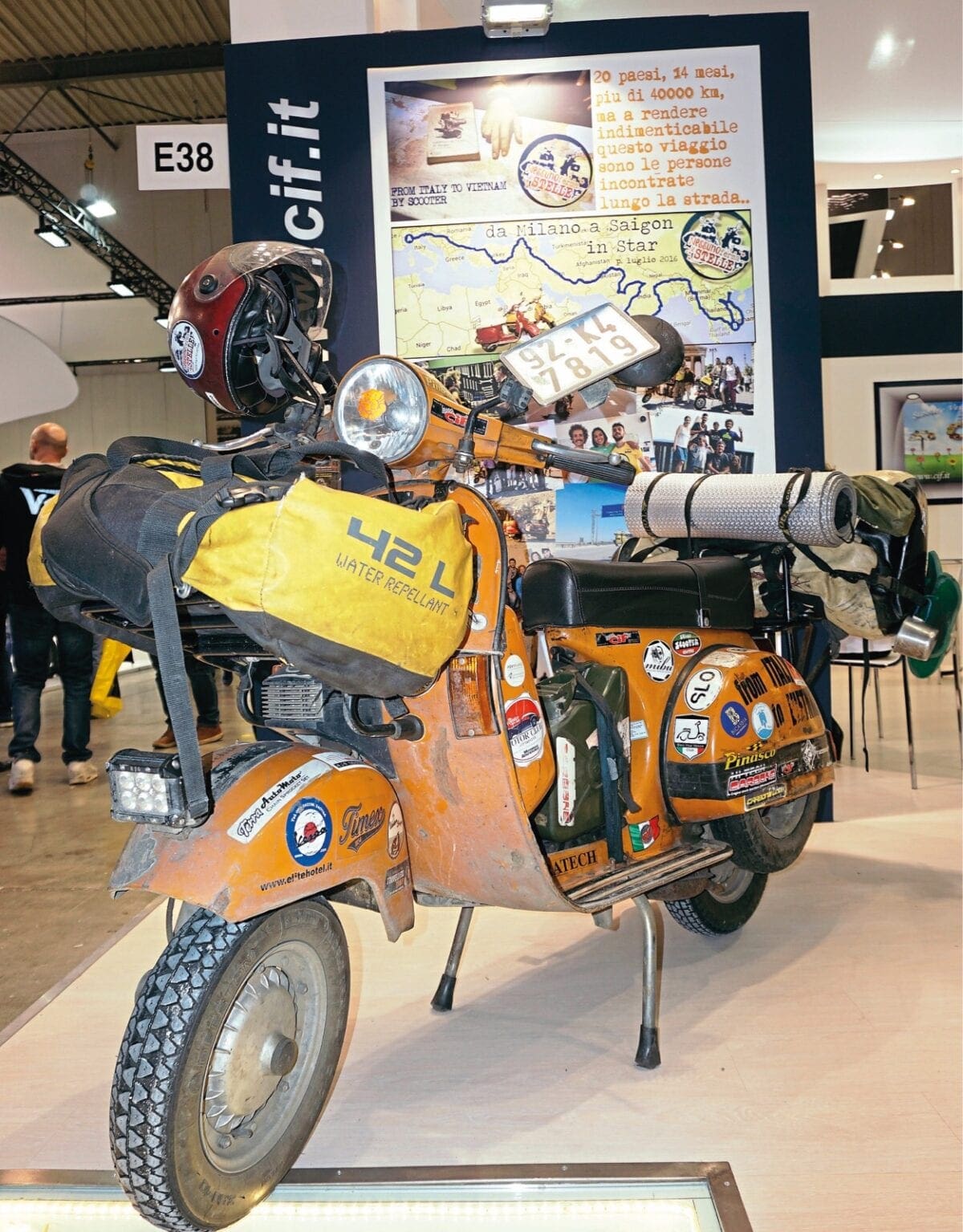 It’s the question on most readers’ minds but Piaggio isn’t keen to discuss the PX, writes Stan. It feels like I’m asking after an embarrassing relative whenever I raise the issue but I continue to raise the issue at every opportunity. After piecing together various conversations with Piaggio’s great and good, here’s my take on the likelihood of a new PX.

Firstly, do I think Piaggio considered a Euro 4 compliant PX? Yes, in fact for most of 2016 it was very much an off/on project. I’m also confident that the development file’s waiting for a transfer to the archives. Why? Look at it from Piaggio’s point of view – they’re in the business of making a profit and the PX was a labour intensive machine to build that didn’t play nicely with the corporate parts bin. If that weren’t enough only the UK and Germany were really interested and only around 5000 PXs sold there in the final year of production.

We may think we’re the centre of the universe, but in 2016 a total of 696,500 scooters were sold across Europe (of which the UK accounted for 36,100). Compare that to Asia where 12.3 million scooters were  sold in the same period and  it’s easy to see where Piaggio’s aspirations lie.

Is there any hope this may change? Yes – but only if every hipster in Asia decides they need a PX. Brace yourselves though because even if that proved to be the case it’s likely that it would borrow much from the Primavera. That would mean a four-stroke auto, possibly with 12in wheels. It’s a prospect that would fill neither enthusiasts  nor commuters with joy.

Put simply, Piaggio doesn’t need to saddle itself with an archaic design that needs heavy investment to keep  it legal. Any half decent accountant would realise PX production makes no financial sense before finishing their morning espresso.

No-one wants to hear this but my advice is simple. If you’ve got a good PX – hold onto it. If not, find one soon.  I hope I’m wrong but it seems doubtful there’ll be any more coming out of Pontedera.