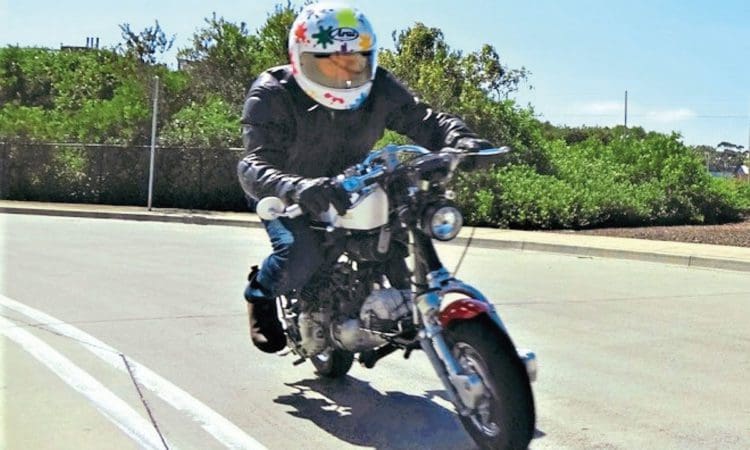 British scooterists often regard the ‘scooter scene’ as a home-grown invention but there’s lots happening around the world.

When I first became involved in the world of scooters I thought it was something that only happened in the UK. As time went by and I attended the early Euro Lambretta events I realised it was much bigger than I’d realised. Even then things seemed to centre around a relatively small number of European enthusiasts who’d turn up to participate. Friendships were made with owners from other countries, but it didn’t seem as though there was much else going on.

Of course there was no social media back then but Scootering magazine would showcase the occasional foreign owner or two, usually building a custom scooter or sending in pictures of their daily ride. There were reports of rallies from France and Germany, but they seemed nothing like the UK. Eventually advertisements from dealers in those countries started to appear and of course, social media started to help spread the word of the wider scooter scene out there. Even so, in the UK, we were still largely in the dark about what was happening elsewhere.

This wasn’t a case of being insular and trying to block out what was happening elsewhere, more of it didn’t seem as interesting or appealing. Perhaps this was also ignorance on my part; I was so used to what was happening on home soil that I didn’t have the motivation to look further afield. Then I started working for Scootering magazine and my outlook completely changed.

I must admit that the early days were difficult and searching for stories across Europe and further afield took me completely out of my comfort zone. But having written about a custom scooter in Australia and reported on engine tuning in Germany, it soon became clear that there was far more going on than I’d realised.  The people interviewed told stories of their friends with scooters, clubs they were involved in or rallies they were attending. The events weren’t huge rallies like those in the UK or major European events, they were on a much smaller scale but still of great interest. There is no doubt that it made me research what was going on and I moved from responding to what people were telling me about to actively searching out things for myself. Fairly quickly a new world of scootering that I never knew existed opened up before me.

Of course, the fundamental thing was that this new world was still based around scooters and this is where it starts to get much more interesting. Owners in countries where the scene isn’t so big were bound to look at what happens in the UK and take inspiration from it but, as I discovered, rather than just copy what had gone before they put their own mark on it.

With new thinking and a different approach, often the results are outstanding, and make you realise how diverse scooter building can be. Speaking to the owners it also becomes apparent what a difficult thing it is to achieve.

In the UK we are spoilt for choice with plenty of painters, platers, engine builders and the engineering services required to carry out such work – but that’s not the case everywhere. In other countries the choice is quite often very limited and when someone with the necessary skills is finally found they may be a considerable distance away.

Slowly I began to realise the huge amount of dedication and effort required by owners. In some parts of the world simply getting a scooter painted to a good standard can be a major challenge.

When it comes to tuning, many of the Lambretta engines seem to be TS1 or RB-based and I think Ray Kemp is responsible for keeping most machines outside of the UK running. The Vespa, on the other hand, is dominated by the Europeans, certainly when it comes to the smallframe. They are the market leaders in terms of both manufacturing and tuning. This is one area where the UK has undeniably learned from other nations.

The policy of this magazine has always been to feature scooters, rallies and events that make up the whole scooter scene and that includes both the UK and abroad. Even so, it can’t cover everything, and while it’s easy to know what’s going on in our small island the world’s a big place.

My advice is, open your mind to what is going on around the world. You’ll be pleasantly surprised, maybe even inspired. Most importantly you’ll realise that scootering is a truly international affair.