I bought this is 2000 un restored from a guy in Ipswich who’s business it was to import and restore italian lambretta and the magic thing was I put an ad into auto trader I think and it was answered within a week and so we travelled down to pick it up it took about fourteen weeks to restore. Back then it was immaculate. I’ve did my cbt three times since 2000 so there’s a few years it never got used at all. It has resided in my hall all this time so it’s hardly been in the elements but it does need a new paint job maybe but to keep that 80’s restored look one might keep it as is. The paint was ford ivory white and ford sahara beige both discontinued. All the original parts are there i.e original italian carb and original crank shaft top end etc and even the old points as this has been upgraded to 12v and 185cc. One this I put my hand up to is one of the back runners was replaced as the guy who painted it for me rest his soul died while having it in his home and we don’t know what became of it. It’s all original 1965 found in a barn in Italy in a pool which became a sand covered hornet infested lambretta. If it’s originality you want this was registered by me in 2000 and has had only one owner me! Highest bidder takes this wee beauty! kept indoors . Needs some love. I had my fun and it’s time to let someone enjoy my work of art. This was featured in Scootering magazine and I was drawn to Lambretta as a film maker and made a short documentary about lambretta once which never was finished with the Lambretta Club of Scotland. Great bunch of lads..Zander and Gil. After owning this for a number of years I did all my own mechanics. The only thing I’ve never had to do was not a thing! 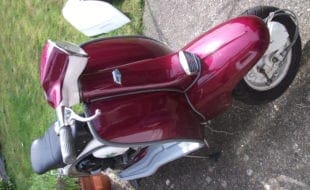 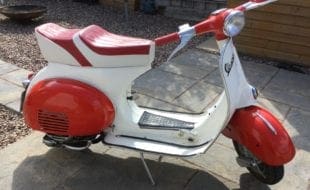 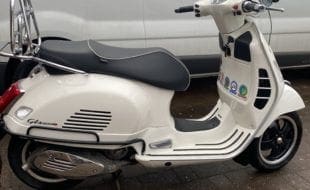 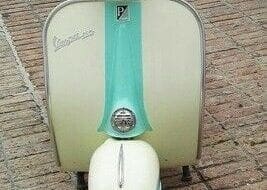 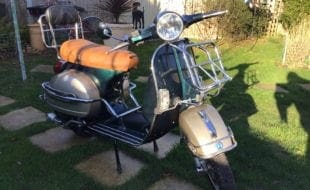 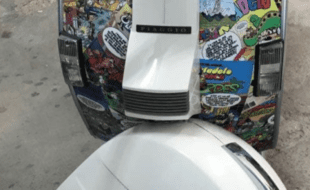 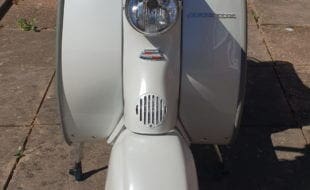 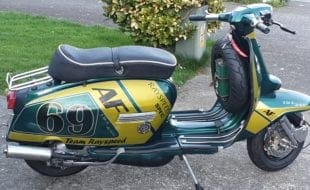 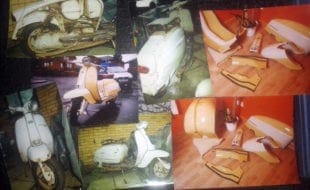